Junior Reid is no stranger to collaborate with big name rappers but this time the reggae veteran is on a track with Lil Wayne title “RappaPomPom.”
The single is a previously recorded unreleased song from around 2006 that was mastered and released by StreetRunner.
“I passed Wayne a beat cd at the studio and 15min later got the call to hold this track down,” StreetRunner said. “Wayne recorded this song and another off the same cd in less then 2 hours. At that point I knew he was going to be a beast!”
“Welcome to hell I let em burn / Momma told me don’t play with them choppas I never learn / I hold the tube tight & firm I don’t squirm / Killers hold court in the street court is adjourned / These ni**as sleeping, hope they keep it in they knapsack / Watch me while I’m creeping leave em leaking like a flap jack / Hustle all day like we eating on the last stack,” Weezy raps over a retro reggae flavored beat.
Listen the track below. Selector Wessy of Swatch International has admitted that he was allegedly assaulted by entertainer Junior Reid for not playing a song.

Wessy who says he does not want an apology from “One Blood” singer, tells Music News that he was playing at a party in Waterhouse, when he was given CD and demanded to play a song by Junior Reid. He further explains that when he refused to play the track he was allegedly slapped in the face by the entertainer. 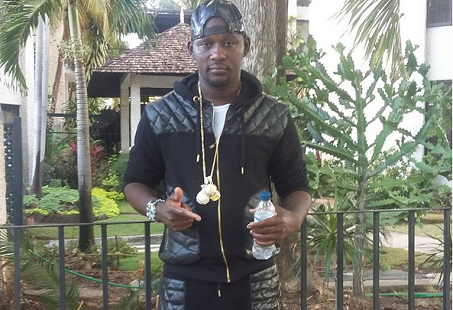 A prominent street selector is now accusing a popular artiste of assaulting him. According to the selector, he and his team were playing at the popular Nipples Tuesday in Waterhouse, St Andrew, recently when the artiste and his entourage walked in and demanded that his new song be played.

"Him walk inna the party and not even stop at the bar, him just send a man come tell me that him want him song play right now," the selector told THE STAR.

The selector alleges that he was unable to play the song right away as he was not the one at the console at the time, and that the artiste's song did not fit in the current juggling.

"Me tell him fi hold on likkle, and mi nuh know wha him go back go tell the artiste because him come to me and say me a get too hype and gimme two box inna me face and mi drop a grung," the selector said.

The seemingly upset selector added that after a few heated words, the artiste and his team left the venue.

"A nuh the first time him a do this. Him a mash up music. He needs to stop. He is walking with entourage and a bad up selector to play his song. No other artiste nah do dat," he said.

Questioned as to what he would say to the artiste if he had a chance, the selector told THE STAR that he would encourage the artiste to stay home because he is no longer current.

"Him old. Him nuh hot. I don't want an apology from him, just stay away from me. You can't claim that your a big international artiste and haffi a war selector to play your music. I don't owe you any favours," he said.

Attempts by THE STAR to contact the artiste yesterday were unsuccessful. Several calls made to his phone went unanswered.

Junior Reid could be facing some legal troubles after assaulting a sound system selector/disc jockey for not playing his music.

Sources told us that Reid and his entourage turned up at a dancehall session where DJ Wessy Wessy was playing and asked him to play one of his new songs.

The DJ refused to play the song and that resulted in a heated argument between himself and the veteran reggae singer. Sources say Junior Reid pulled a gun and assaulted the disc jockey before leaving the venue.

It’s unclear if a police report was filed but Wessy released a voicenote calling Junior Reid an extinct artist who need to cut his locks.

“Somebody will find you and cut your locks,” he said. “I don’t owe you an favours. Your an extinct artiste who need to retire.”

Junior Reid helped gave The Game one of the biggest songs of his career “It’s Okay (One Blood).”

The two collaborated i=on the track back in 2006 when The Game career was struggling but these two there are a lot of bad blood between Game and Reid.

Speaking with The Breakfast Club recently, Junior Reid says that he and the “Compton” rapper fallout over a tour that went bad.

“Working with Game was a good vibe going in and sharing the love,” the reggae legend said. “But at the same time the strength that we gave Game I am disappointed in him because we didn’t get any love comparing to the type of love that we showed him.”

Junior Reid says that he supported The Game throughout all the promotional events for the single and his album but when it came time for the rapper to return the favor he was a no show.

“A promoter came to Jamaica and set up a tour with myself and The Game, but after the first show the promoter said to me that Game says that he is not going to perform if I am performing,” he said.

Watch the interview below. 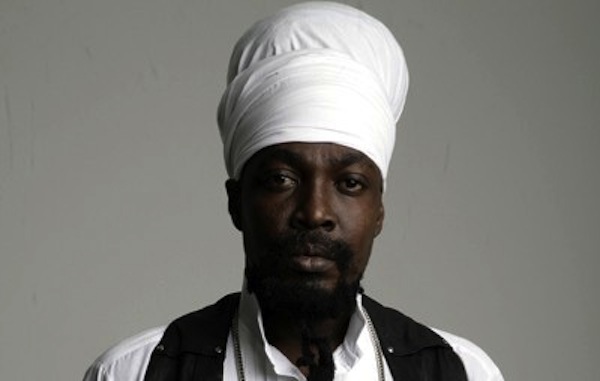 Amidst preparations for his upcoming album and North American tour, tragedy has struck leaving Reggae stalwart Junior Reid stricken by the sudden death of his close friend and international road manager Mikey Jarrett Jr.According to the medical and police report Jarrett died from a heart attack on Tuesday while in Miami, Florida on a professional assignment.

Hailing from the boroughs of New York City, Mikey Jarrett Jr. has been an integral part of the One Blood family for over fifteen years and was very instrumental in the professional advancement of the careers of Junior Reid, Wada and Andrew Blood. He also helped to foster relations between the Bloods and a number of international superstars some of whom were under his tutelage.

View pics of Mikey Jarrett below:

A bereaving Junior Reid in a release to the media laments, “Mikey’s death is a great loss to creation, humanity and the music industry. He has done so much for this music and for us as entertainers. Mikey was a man that always wanted to bring out the best in people, it’s really sad to see him go… may Jah guide him on his journey.”

Caribbean Fever.com sends out condolences to the family of Mikey, Junior Reid and the One Blood family.

Comment by Roots aka TJ What De Ras on June 2, 2016 at 8:28pm
Wait until he finds out he made a song with an undercover fassy

THE DANCE HALL SELECTORS ARE PLAYING A MAJOR ROLE IN WRECKING JAMAICAN MUSIC WITH "MONEY PULL UP PAYOLA ALONG WITH  THE PUBLIC RADIO DJS TOO,,, FROM "IRIE FM, FAME FM, ZIP FM, HITZ 92 FM, HOT 102, MELLOW FM AND RJR 94.5". BY TAKING MONEY TO PLAY MUSIC.

IF PEOPLE EVEN KNOW HOW MUCH REGGAE ARTISTE HAVE MIGRATE TO EUROPE, AMERICA, CANADA AND ANY OTHER COUNTRY THEY CAN GO.

NOTICE MOST ARTISTE THAT STILL STAY IN JAMAICA ARE THE ONES WHO CANNOT TRAVEL OR MIGHT STILL HAVE EXTRA MONEY TO WASTE.

EVEN THE LOCAL CABLE VIDEO TV STATIONS LIKE, HYPE TV AND RE.TV ARE NOW ASKING FOR MONEY TO SHOW LOCAL VIDEOS.

ALL THESE PEOPLE KNOW THE MUSIC INDUSTRY AND ARTISTE HAVE NO BIG BACKING FROM ANY MAJOR COMPANIES, YET THEY STILL PRESSURE ARTISTE AND MANAGERS FOR MONEY.

ANY ARTIST WHO GET A 1 OR A FEW POPULAR SONG IN JAMAICA NOWADAYS, MAY GOD HELP THEM, BECAUSE THE AMOUNT PAYOLA REQUEST THAT'S GONNA COME THEIR WAY, NOT EVEN YOUR SELF YOU GONNA HAVE MONEY FOR

UNTIL, THIS CORRUPTION  STOP, IT'S DOWN THE DRAIN FOR REGGAE AND DANCE HALL MUSIC.

IT'S NOT ABOUT THE MUSIC ANYMORE, IT'S ALL ABOUT HOW MUCH A DJ'S CAN HUSSEL ON THE JOB, SO GOOD MUSIC ARE OVERLOOKED FOR PAYOLA.

ALSO THE JAPANESE ARE TAKING AWAY THE DANCES AND HAIRSTYLES BY BEFRIENDING THOSE STUPID DUMB DANCERS IN JAMAICA. PAR WITH THEM FOR A FEW MONTHS, PIRATE ALL THEIR STYLES, THEN TAKE IT BACK TO JAPAN  TO MAKE A FORTUNE BY OPENING UP DANCE SCHOOL AND HAIR SALON TEACHING JAMAICAN DANCE AND GIVING JAMAICAN HAIRSTYLES,

WHEN WAS THE LAST TIME FROM THE YEAR 2000, HAVE 10 JAMAICAN ARTISTE GOT BOOKED ALL AT ONCE FOR A JAPAN SPLASH PERFORMANCE????????  LOOK AT JAPAN SPLASH TODAY!!! PURE JAPANESE ARTISTE.

BACK IN THE 80'S TO EARLY 90'S. YOU WOULD HAVE LIKE 30 ARTISTE LEAVING JAMAICA ALL AT ONCE FOR JAPAN SPLASH, UNTILL THEY DECIDE TO PIRATE THE JAMAICAN ART.

MAY GOD BLESS THE ONES WHO STILL KEEP SHOWS AND ARE WILLING TO PAY ARTISTE, HOLDING UP THE REGGAE FLAG.  AND BURN OUT THOSE WHO PREY ON ARTISTE AND MANAGERS FOR THE LITTLE MONEY THEY HAVE, JUST TO PLAY THEIR SONG 2 TIMES AND THEN LOOKING FOR MORE.

NOT EVEN A REGGAE SHOW NONE OF THESE RADIO STATIONS KEEP ON A ANNUAL BASIS, AND THEY SAY THEY REPRESENT REGGAE.

REGGAE PEOPLE DON"T LET THEM FOOL YOU, IF YOU ONLY JUST LOOK AND OBSERVE YOU WILL SEE!!

These now a days selectors are the ones messing up dancehall music you can not play music and take side against artist Jr Reid pay his dues, study music before yuh tell artist them old, everyone of us get old you idiot show me someone that is getting younger..this s*** need to stop when you go to a dance party if its not Kartel  are Mavado no body else matter bullshit the music is bigger than all of us.

Comment by Eric on December 9, 2015 at 12:27pm
Wow me and Miley jr use to go to school at BUSHWICK HIGH BROOKLYN. VERY GOOD DUDE R.I.P KING SEE YOU ON THE OTHER SIDE.

Hope they can come through with the new album alright, RIP

R.I.P. Mikey Jr. Was a big fan of your father when he used to chat on sound systems with Shine Head and the crew. Hotep!

R.I.P MIKEY YOU WILL BE MISSED MY CONDOLENSES TO THE JARRETT AND ONE BLOOD REID FAMILY.