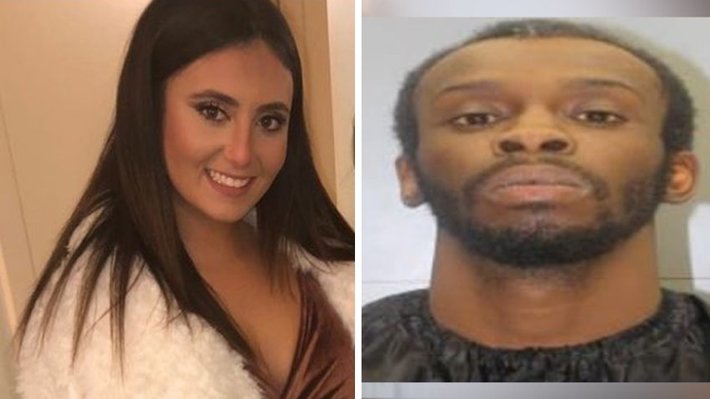 A 21-year-old University of South Carolina student killed after mistaking a man's car for an Uber was stabbed up to 120 times, the pathologist who testified Monday in court said.

Those performing Samantha Josephson's autopsy found even a routine test challenging, as there was so little blood left in her body during the examination, said Dr. Thomas Beaver.

"It gets to a point where it doesn't really add much to the report," Beaver said.

The man alleged to have murdered Josephson in March 2019 is Nathaniel Rowland, whose trial is in its second week in Columbia, South Carolina.

Josephson entered Rowland's car believing it was her Uber but found herself trapped in the back seat because the door had a child lock on, investigators said.

The prosecutors introduced evidence against Rowland, linking the victim's blood to his car, matching her footprint to the car's rear window, and finding a two-bladed knife behind Rowland's girlfriend's home.

Rowland's defense team argued scientists could not clearly determine their client's DNA was on the knife or that his genetic material was in places it might be expected.

After researching more than a hundred pictures of knives following the autopsy to determine which one could have been used to cause Josephson's wounds, Beaver told a defense attorney he sent investigators a photo of a different-looking weapon.

Prosecutors did not choose the death penalty, but Rowland could face life in prison if convicted.