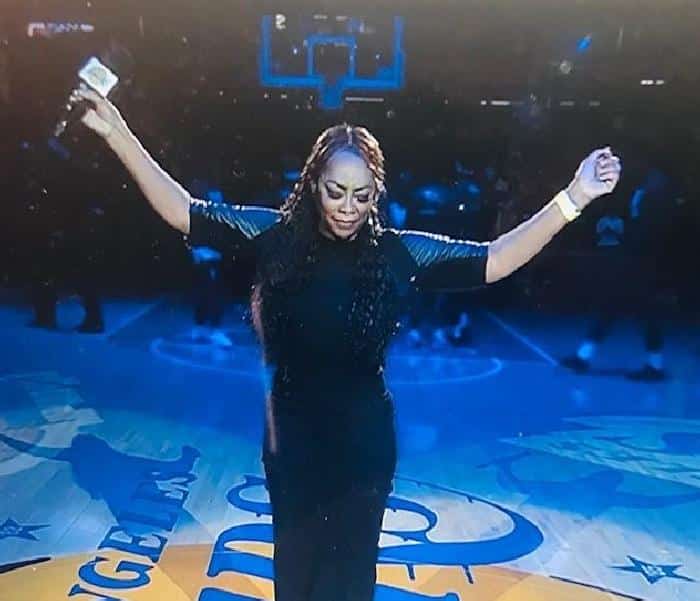 She delivered a rousing rendition of the National Anthem to a packed crowd where the Los Angeles Lakers played the Utah Jazz on Wednesday, February 16 at Cypto.com Arena.

The celebrated trendsetting pioneer in music, video, fashion and style is one of the architects of 21st-century pop, and one of music’s most versatile song stylists.

Comment by vaughn mitchell on February 19, 2022 at 11:26pm
Alot of those Athletes were not even born, when she was singing.

Use to love Jody Watley. I've heard better. She sounds so nervous.

Whaaaa......nobody taking a knee anymore. How soon we forget.

Dumb Negroe singing the song of her conquerors, singing to the red,white and blue, same flag they stick Black people with at protest, old washed out has been who back in the 80’s made a song praising white males as her new lover, no other women are like these Black women, no wonder Black people suffer by choice.