*Once again, Joan Rivers manages to spark a reaction.
This time she’s gone presidential, and maybe she’s stepped over the line with her comments about the president and first lady. To start with, Rivers labeled President Barack Obama America’s first gay president.
Her comments came after she recently officiated an impromptu wedding for Joe Aiello and his partner Jed Ryan at a signing for her new book “Diary of a Mad Diva” at an NYC Barnes & Noble, according to NewsOne. When a reporter asked about the possibility of the country having its first gay president, Rivers replied: “We already have it with Obama, so let’s just calm down.”
The president wasn’t the only one caught in the comedienne’s crosshairs. Rivers also had words for First Lady Michelle Obama, who wasn’t spared at all from Rivers’ opinion.
“You know Michelle is a tranny,” Rivers said as she used the trasphobic slur in describing Mrs. Obama as a transgender individual.
Rivers’ comments come amid a controversial Newsweek cover story that named Mr. Obama America’s “First Gay President.”
While she’s good at speaking her mind and bringing the heat, Rivers apparently can’t take too much of it.
Speaking with CNN anchor Fredricka Whitfield Saturday to about “Diary of a Mad Diva,” the former talk show host ended up walking out on the interview. During the chat, Whitfield suggested that Rivers’ “Fashion Police” commentary was “mean.”
Things apparently came to a head when Whitfield asked Rivers whether she was goading PETA activists by wearing a fur coat on the cover of her book, “Diary of a Mad Diva.”
At that point, Rivers reportedly had enough.
“This whole interview is turning into a defensive interview,” Rivers said. “Are you wearing leather shoes? Then shut up.”
A fed up Rivers ended up telling Whitfield that her questions had been “negative.”
“You are not the one to interview a person who does humor, sorry,” the funnywoman added.
From there, Rivers yanked out her earpiece and walked off from the interview.
To see Joan Rivers’ comment on Barack and Michelle Obama, check out the video below:

Fredericka Whitfield’s interview with Joan Rivers, click on the video below:

Comment by Maureen Yearwood on July 22, 2014 at 12:24pm
Joan Rivers will have to meet her maker soon!. Sure, she's a comedian, but to call Mrs. Obams a tranny and transgender and our president a guy president? ?? She's a transgender, gay, tranny trash bucket!

Listen here you Gabage faced whore, even if our President is gay and his wife is a Tranny,at least they managed to bear all by themselves... BEAUTIFUL children.

Joan Rivers back in the seventies was a whore for the illuminati and if you manage to read the book “circle of intrigue” you’ll see that she herself was a pawn. Joan Rivers can call Michelle Obama anything she wants because; there are members of the same club.

JOAN RIVERS how old old are you ? You look and think like a 1000 year old hank....and the nerve to say the first lady  is a tranny. Spread'em wide baby you look like a tranny! Fix that face baby. THE END

Comment by Valerie Smith on July 10, 2014 at 7:19am
Joan rivers need to sit her old ugly ass down and shut the f*** thats the only ugly white trash i know done had about a hundred facelifts, tranny she looks like a dam tranny 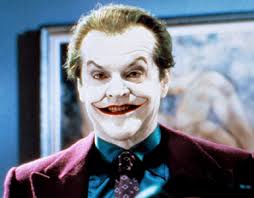 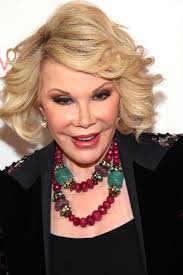 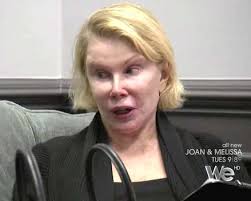