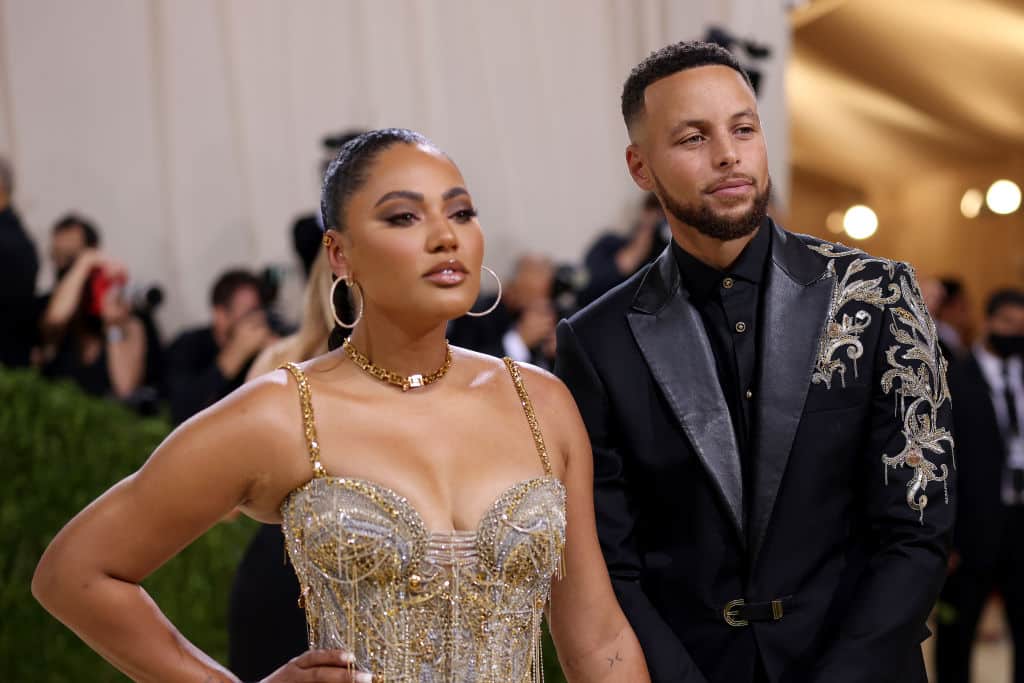 Ayesha Curry has clapped back at rumors that she and her NBA superstar husband, Steph, are in an open relationship.

“Don’t believe everything you read,” Curry said on Monday in response to a fan comment on social media. “Do you know how ridiculous that is? Don’t disrespect my marriage like that. Please and thank you.”

Rumors began surfacing a few weeks ago about Steph and Ayesha’s alleged open marriage. As reported by Complex, Instagram page @Deuxmoi initially cited an anonymous source for a report about a certain basketball couple who weren’t “as faithful in love as their social media and image make them out to be.” Folks quickly assumed the pair was Steph and Ayesha.

“Have it on good authority that this well-known NBA couple aren’t as faithful in love as their social media and image make them out to be,” the anonymous person wrote. “They both have side hookups and flings but keep it very private to keep up the perfect family image they show to the world. I was shocked to learn, they’ve been together for so long.”

The Currys got hitched in 2011 and have 3 kids together — Riley (9), Ryan(6), and Canon (3). In September, the Currys celebrated their anniversary with a vow renewal ceremony.

We previously reported that the superstar couple shared photos on social media of the event, “with oldest child Riley officiating as the little mistress of ceremonies,” Black Enterprise writes.

“A couple of weeks ago @stephencurry30 surprised me with the most beautiful vow renewal ceremony,” wrote Ayesha about the impromptu ceremony on Instagram. “He even picked out my dress for me and had it waiting. Our big girl Riley officiated and Ryan and Canon walked me through the grass of our backyard. It’s everything I’ve always dreamed of but didn’t know could be possible in this way. A moment I will never forget. I love you @stephencurry30 .”

Their celebration occurred a month after Steph’s parents, Dell and Sonya Curry, announced their divorce.

Microsoft Now, one of the leading news agencies in the world is reporting that Steph Curry and his wife Ayesha Curry "have an open marriage."

And that's not all. The article suggests that both Steph and Ayesha have "side hookups."

It is confirmed that the news agency shared the following post on their official Twitter page which is astounding. </p

Comment by mr1stroke on December 24, 2021 at 12:41pm
Lol if its their business why are we commenting on it,well.e to the new world, one it gets in the media, every one is all in, now its the public business, you be surprise how some people can choose not to do business with him just for that? Its the world we embraced no one is exempt, even the poor

Comment by vaughn mitchell on December 24, 2021 at 1:48am
Sometimes you just can't believe any of this crap. So, one of the most famous, and riches basketball players on the planet have a side chick and his wife side dude. So he does not mine another digging his wife back out, and her man digging the back out of another chick? If you believe everything you read then people need to hang themselves.

Comment by mr1stroke on December 24, 2021 at 12:36am
And you have a lot of confused idiots who entertain that s*** for their own sick confusing mind, what is the difference of being single and f*** whom ever you want, whats the purpose of being married, that is like being gay, you stay in the closet so much being afraid of your own shadow you have to make an announcement to come out like it is the right thing to do, for those who consider him a role model, well this is who your kid will look up to, I guess the morale is right