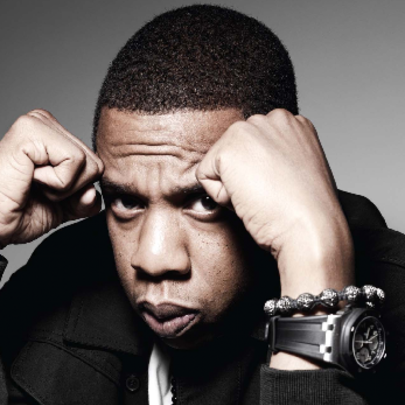 Jay-Z bared his whole entire soul during an interview with The NY Times and we’re still trying to digest all of the knowledge he dropped in the 35-minute interview.

The music mogul who was just nominated for eight Grammys for his latest project, 4:44, opened up about everything from race relations to rocky times in his marriage to Beyonce in the unusually candid interview.

Here are 8 takeaways from his tell-all:

1.Therapy helped save his marriage. Jay-Z revealed that he sought professional help after his infidelity nearly ruined his marriage.

“You know, most people walk away, and like divorce rate is like 50 percent or something ’cause most people can’t see themselves. The hardest thing is seeing pain on someone’s face that you caused, and then have to deal with yourself.”

2.Lemonade & 4:44 were the truth. While it’s no secret that Beyonce used Lemonade as a release from real-life issues, Jay-Z has confirmed that it was created in the middle of major problems in their marriage. Both used music as a form of therapy and the resulting albums contained some of their best work yet.

“It happened — we were using our art almost like a therapy session. And we started making music together…And then the music she was making at the time was further along. So her album came out as opposed to the joint album that we were working on. Um, we still have a lot of that music. And this is what it became. There was never a point where it was like, “I’m making this album.” I was right there the entire time,” he explained.

“And both very, very uncomfortable, but […] the best place in the, you know, hurricane is like in the middle of it. And that’s where we were sitting. And it was uncomfortable. And we had a lot of conversations. You know. [I was] really proud of the music she made, and she was really proud of the art I released. And, you know, at the end of the day we really have a healthy respect for one another’s craft. I think she’s amazing.”

3.He’s raising good humans. When it comes to raising kids who have very different childhoods than his own, Hov hones in on qualities that build character.

“There’s a delicate balance to that, right? Because you have to educate your children on the world as it exists today and how it got to that space, but my child doesn’t need the same tools that I needed growing up. I needed certain tools to survive my area that my child doesn’t need. They’re growing up in a different environment. But also they have to know their history. Have a sense of what it took to get to this place. And have compassion for others. The most important thing I think out of all this is to teach compassion and to identify with everyone’s struggle and to know these people made these sacrifices for us to be where we are and to push that forward — for us. I believe that’s the most important thing to show them, because they don’t have to know things that I knew growing up. Like being tough,” he said.

“And it’s just certain tools that you would hope for your child to have. You know, like, again, fairness and compassion and empathy and a loving heart. And those things translate in any environment. Those are the main base things that you want — well, for me, I would want my child to have.”

4.He will work it out with Kanye…eventually Although Jay-Z’s relationship with Kanye West has been fraught with tension over the past year, Hov has high hopes about working things out with his friend.

“I [talked to] Kanye the other day, just to tell him, like, he’s my brother. I love Kanye. I do. It’s a complicated relationship with us…’Cause, you know — Kanye came into this business on my label. So I’ve always been like his big brother. And we’re both entertainers. It’s always been like a little underlying competition with your big brother. And we both love and respect each other’s art, too. So it’s like, we both — everyone wants to be the greatest in the world. You know what I’m saying? And then there’s like a lot of other factors that play in it. But it’s gonna, we gonna always be good,” he explained.

“In the long relationship, you know, hopefully when we’re 89 we look at this six months or whatever time and we laugh at that. You know what I’m saying? There’s gonna be complications in the relationship that we have to get through. And the only way to get through that is we sit down and have a dialogue and say, “These are the things that I’m uncomfortable with. These are the things that are unacceptable to me. This is what I feel.” I’m sure he feels that I’ve done things to him as well. You know what I’m saying? These are — I’m not a perfect human being by no stretch.”

5.Money doesn’t matter. “The goal is not to be successful and famous. That’s not the goal. The goal is, if you have a specific God-given ability, is to live your life out through that. One. And two, we have a responsibility to push the conversation forward until we’re all equal. Till we’re all equal in this place. Because until everyone’s free, no one’s free, and that’s just a fact.”

6.He regrets his drug-dealing past. Hov said he would have some choice words for people he sold drugs to in the past and it’s clear he recognizes how his actions hurt others.

“I guess that conversation would definitely take ownership for my part in, um, you know, the part I played in occupying that space. Because knowing what I know now, you know, you can’t sacrifice others for your life. There’s a karmic debt that has to be paid,” he said. “Had I had the level of consciousness then that I have now, things would have turned out differently. And just knowing that … I definitely want everyone to know that.”

7.His mother is finally free. Jay-Z revealed that even though he has known his mother was a lesbian for years, they didn’t speak about it until recently.

“But we never spoke about it. Until, like, recently, now we start having these beautiful conversations, and just really getting to know each other. We were always good friends but now we’re really great friends. You know. And we were just talking as friends. And then she was sharing that she was in love,” he said.

“She can be herself [now]. She doesn’t have to hide for her kids or feel like she’s embarrassing her kids. It was a much different time then. [Now] she can just live her full life, her whole life, and be her.”

8.He’s not mad at getting older. Despite eight Grammy nominations to prove his relevance, Jay-Z seems pretty aware that his time as a rapper is coming to a close.

“I think that rap in particular is a young man’s sport, that I’ll move out of that white-hot space. Rap is about the gift of discovery. The white-hot space is when it’s fresh and new, and it’s like, this is the hottest song ever,” he explained.

“’Cause I, at the end of the day we gonna find out it’s not about the white-hot space, but it’s about finding the truth. That white-hot space — people think it’s the biggest thing, but it’s really small. It’s almost like a trend.Would you rather be a trend, or you rather be Ralph Lauren? You know what I mean; like, you rather be a trend, or you rather be forever? I’m the person that looked at the Mona Lisa and be like, Man, that’s gonna be cool in 40 years. I play forever. And so my whole thing is to identify with the truth. Not to be the youngest, hottest, new, trendy thing.” 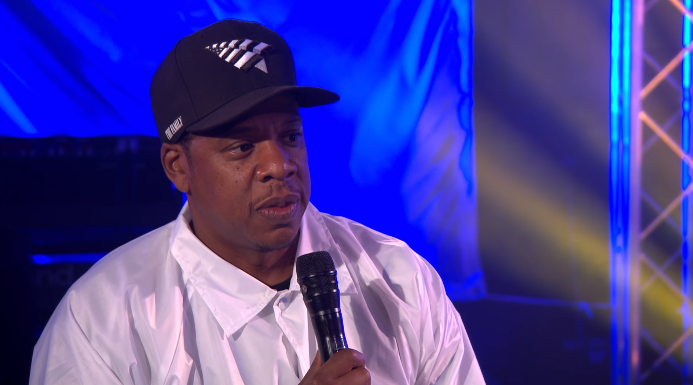 Houston Texans owner Bob McNair has been catching hell, and rightfully so for comments he made at a recent meeting between owners, team executives and Commissioner Roger Goodell.

McNair said the NFL "can't have the inmates running the prison" regarding protests during the national anthem.

"I regret that I used that expression," his statement said "I never meant to offend anyone and I was not referring to our players. I used a figure of speech that was never intended to be taken literally. I would never characterize our players or our league that way and I apologize to anyone who was offended by it."

“[They’re] injuring themselves on the field, giving it all they got. That’s how they look at you," Hov told the crowd during his concert in Anaheim, California. "That’s what they think about you. We got so much further to go. The truth is we all believe in whatever you believe in. God, Allah. Whatever you believe in, we come from one source which means we are all brothers and sisters at the end of the day.”

The Texans players will reportedly protest before their game with theSeattle Seahawks on Sunday, October 29.

Comment by Mr. Johnson on November 2, 2017 at 7:48am
Talk is cheap. Action speaks louder than words. Wonder if he feels the same way towards the crakkkas running his record label because he sure don't.

Comment by Vinny Pat on October 31, 2017 at 4:18pm
Some of these celebs are so reactionary. Quick to respond but do nothing in the face of white daddy. Sorry HOV but I didn't forget your derogatory videos of blk women. Instead of talking, respond with an action plan, what are you going to do???