Jay-Z Is Watching, and He Knows Your Friends

I “Jay’s Back ASAP,” a song on a 2010 mixtape called “Creative Control,” Jay-Z was indignant about phone surveillance and bribing witnesses: “They tap, them feds don’t play fair/They pay rats to say that they’re part of your operation,” he rapped. But to market his new album, “Magna Carta ... Holy Grail,” he didn’t exactly stand on principle. 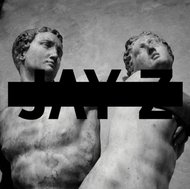 Samsung bought a million downloads of the album, for $5 each, to be given away on July 4 — five days before the album’s official release — through a mobile application, JAY Z Magna Carta, on certain Samsung models. It’s an ugly piece of software.

It demands permissions, including reading the phone’s status and identity, which made some users, notably the rapper Killer Mike, suspicious: Does Jay-Z really need to log my calls? It also gathers “accounts,” the e-mail addresses and social-media user names connected to the phone. Those permissions are often part of a typical app package. This one got worse.

In the days before the album’s release through Samsung, the app promised to display lyrics — with a catch. “Unlocking” the lyrics required a post on Facebook or Twitter. I used Twitter, where hitting the “Tweet” button brought up a canned message: “I just unlocked a new lyric ‘Crown’ in the JAY Z Magna Carta app. See them first. http://smsng.us/MCHG2 #MagnaCarta.” The message could be altered, but something had to be sent. No post, no lyrics — for every song. Users were forced to post again and again. And frankly, a lyric that is going to show up almost immediately on the Internet isn’t much of a bribe for spamming your friends.

It’s telling that Jay-Z — who boasts regularly about his millions of sales — and Samsung didn’t simply trust fans to post or tweet on their own. Sure, Jay-Z probably isn’t the only one offering apps that treat personal relationships as mandatory marketing tools. But with more than half a million downloads, that’s a lot of artificial status updates.

I can’t be the only one who thinks it’s creepy, especially when Edward J. Snowden’s revelations have shown the extent of government surveillance of e-mails and phone records. If Jay-Z wants to know about my phone calls and e-mail accounts, why doesn’t he join the National Security Agency? Nor is it particularly reassuring, to me anyway, that this example of data collection and forced speech was required by corporations — Samsung and Jay-Z’s Roc Nation rather than the government.

On some level, Jay-Z knows better. A streak of paranoia has been running through his lyrics for years. One recurring theme is that his prominence as an African-American success story makes him a high-profile target, always under scrutiny. “Feds still lurking/They see I’m still putting work in,” he raps in a new song, “Somewhere in America.” Yet now, it’s Jay-Z who’s lurking — in my phone. Another song, “Nickels and Dimes,” insists, “The greatest form of giving is anonymous to anonymous.” For the gift of the album, fans aren’t anonymous to Jay-Z now. He’s another data miner, gathering more than half a million e-mail and social-media accounts. Maybe he should send us an apology.

Oh, and the app didn’t deliver my album for more than hour after it was supposed to be available. Jay-Z’s sponsors at Samsung proved themselves not only intrusive, but technically inept.