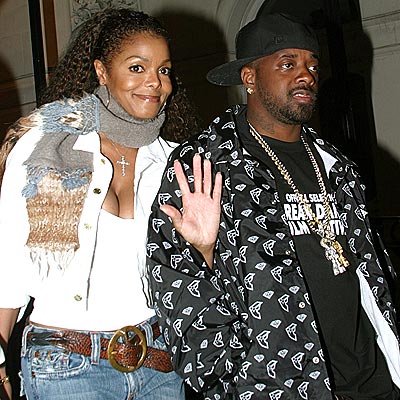 On July 7, Michael Jackson's family ­gathered to celebrate him at his much-watched memorial service.
Noticeably absent?

And for good reason. "His friends are telling people it's over," a source tells the new issue of Us Weekly, on stands now.

Echoes another: "They have been moving in different directions for a while."

So what drove Jackson, 43, and Dupri, 36, apart after nearly seven years?

"You shouldn't mix business with pleasure," a mutual pal explains. (Dupri produced several tracks on her last two CDs.) "Janet felt their lives were too crossed and they should have kept things sepa­rate."

Plus, the polar opposites were never too compatible.

"Jermaine likes to be out there, mingling with everybody, and ­Janet's more shy." (And secretive: She kept her nine-year marriage to Rene Elizondo hidden until their 2000 ­divorce.)

Meanwhile, Jackson is still deeply mourning the death of her big brother.

Comment by Samantha Victor on July 24, 2009 at 1:32pm
i think this marriage was one of convenience. janet(although i love her work) was looking for a Mariah caery-like comeback and she saw what great things jermaine Dupri did for mmariah. She i think she gave up the booty for those reasons. he had 7 years to revamp her career and it never happened. she outta here. poor janet.