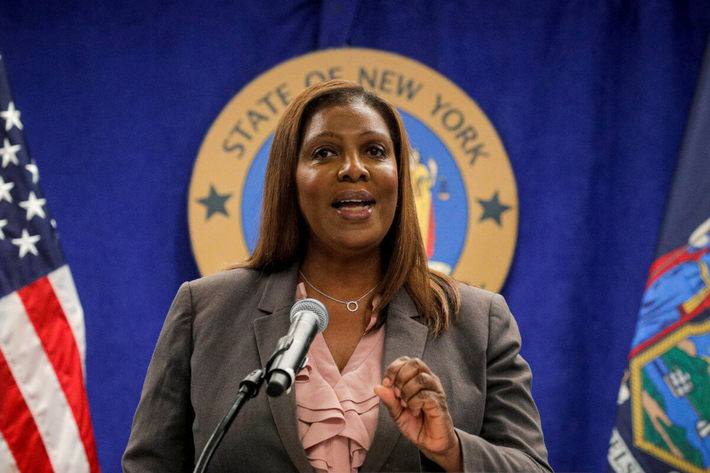 New York Attorney General, Letitia James last Friday announced that she has filed a lawsuit against two cemetery monument companies for failing to provide grieving families with the tombstones and other burial monuments they purchased.

The lawsuit — filed against Polanco Monuments and Heavenly Monuments — charges that the companies and their owners engaged in a “deceptive and fraudulent scheme in which they induced vulnerable New Yorkers, coping with the death of loved ones, to pay upfront fees for monuments and tombstones but never provided the monuments.”

James charged that the companies refused to issue refunds, failed to provide contracts in accordance with the law, falsely advertised their services, and conducted unsolicited offers to potential customers through

mail and through home visits. The Office of the Attorney General’s (OAG) investigation found that these companies cheated 26 individuals from the Bronx and Nassau County out of more than $50,000 in total and repeatedly refused requests for refunds for services that were paid for but never rendered.

“During the darkest time in their lives, families shouldn’t have to deal with the additional burden of being preyed upon and cheated by companies that are supposed to help them,” said Attorney General James. “Polanco and Heavenly Monuments shamelessly stole thousands from grieving New Yorkers who were simply trying give family members and loved ones the respect they deserve.

“On my watch, we will never allow deceptive practices of any kind and we will not hesitate to hold bad actors accountable to the fullest of the law,” she added.

The lawsuit, filed in Bronx County Supreme Court, alleges that owners Ramon Polanco and Juan Polanco engaged in a scheme, in which they sold burial monuments that were never provided and illegally advertised and solicited business.

The lawsuit says Polanco and Heavenly Monuments distributed brochures and flyers at funeral homes, interacted directly with consumers during unsolicited house visits, and on their website and other online platforms such as Yelp.

“In fact, the owners employed these tactics to lure consumers into paying upfront fees for cemetery monuments that they never intended on providing,” the suit says. “When consumers followed up to inquire about the status of their purchase, they were repeatedly stalled with excuses and, often, their calls went unanswered.

“Many of their contracts failed to include terms required under state law,” it adds. “When consumers showed up in person to inquire about their purchase status, they learned that the businesses had abruptly closed without any prior notice.”

James seeks to enjoin Polanco and Heavenly Monuments from engaging in further deceptive and fraudulent behavior, and to compel the two companies to pay restitution to the 26 individuals who were cheated out of a total of more than $50,000.

The OAG is also requesting a financial accounting of each consumer’s transactions to determine whether any other individuals were similarly injured.

Comment by E Peters on October 23, 2021 at 2:48pm
Get them all for preying on people during a terrible time in their lives.

Our Shero Attorney General, Letitia James don't take any ship from vermin scumbags, Keep it going and continue to let people know Not On My Watch.  Cut their Grass if they don't  Do The Right Thing.