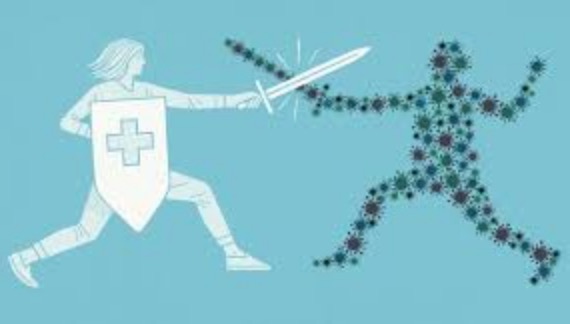 The team, of medical doctors and dentists from the, the United States, the Caribbean and Cameroon, included Jamaicans, Dr Delroy Fray, Dr Christopher Ogunsalu, Dr Dagogo Pepple, Professor Everald Barton, and Daniel Ogunsalu who is a student at The University of the West Indies, UWI. Dr Olalekan Fagbola from Trinidad, Professor Ken Judy from the United States, and Mike Agbor of Cameroon completed the team.

The team revealed that, they have surely found – through multifaceted research and evidence-based methods, that menthol crystals blocked the virus that causes COVID-19 to cause illness.

Their findings were discovered in April-May 2020. but, the release of the information was delayed as validation was needed.

The inventors and the research team believe that the menthol crystal fume attached to the mucous membrane found in the upper respiratory tract in microspikes or cilia (pseudo-cilia).

The spikes or pseudo-cilia, that has prevented the binding of the S protein connected to the COVID-19 virus to the ACE-2 receptors on cells in the human, and prevent the invasion of the virus into the body by the virus.

The UWI, Mona, undergraduate student Daniel Ogunsalu, has developed methods by which menthol crystals can be used to prevent COVID-19, and a self-assembled device which replaces the face mask which includes a face shield that is attached to eyeglasses with a slot for the menthol pack.

This slot carries a replaceable perforated cassette (plastic or paper). A larger cassette was also made to be used whenever people are inside motor vehicles and in buildings.

Daniel Ogunsalu also revealed that there is another perforated cassette in conjunction with the face shield, the plastic shield can be mentholated overnight in a container.

The team believes the device is a better option to the face masks that the World Health Organisation (WHO) had recommended.

The team also decided not to patent the discovery so immediately it can be used in the global fight against the virus, especially since developing countries are being left behind in the vaccination roll out.