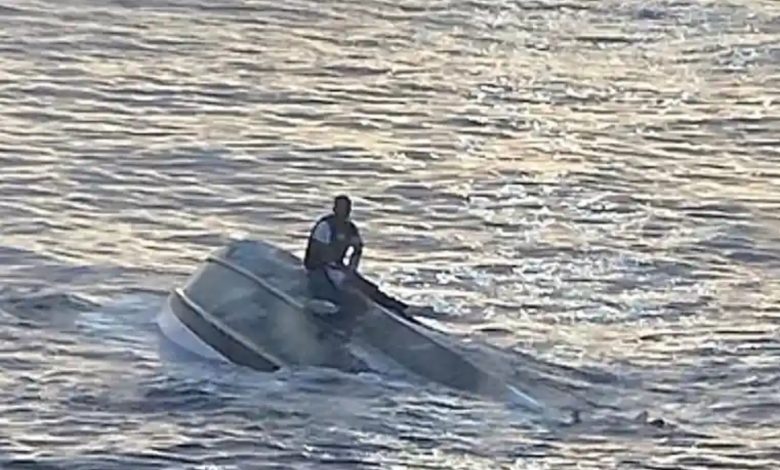 Juan Esteban Montoya Caicedo, a native of Columbia, is the sole survivor of a capsized boat from a group of 40 that departed Bimini, Bahamas to Florida on January 22, 2022.

In an interview with a Spanish-language news conference on January 31, 2022, the Columbian native recalled the events that led to the tragic ordeal of 39 persons from countries such as Dominica, Jamaica, Haiti and the Bahamas.

Montoya stated that the motor broke down early Sunday morning and the boat wandered for about four hours in the rough sea waters. He spent two days holding onto the 25-foot (7.6 metre) capsized vessel before being rescued near the coast of Florida on Tuesday.

Just a day before his rescue, Montaya stated that persons held on to the vessel until Monday afternoon before giving in.

“When I was left alone it was harder, much harder. My health was worsening, mentally I was suffering. Being alone was one more blow,” he said. “But I did not lose hope.”

Montaya’s younger sister was also an occupant on the vessel who drowned. He recalled telling her to keep strong and pray. Her body has not been recovered since.

“I hope that God has something very big for me since my heart is now broken,” Montaya said. “A part of me was taken.”

Naimeh Salem, Montaya’s attorney said he would apply for political asylum in the US.

They are coming from one hell on earth to another one, welcome to ‘The Great Satan’.