Jamaican Law Student Calls For 'Middle East Style' Revolution In Jamaica!! What Do You Think About That? 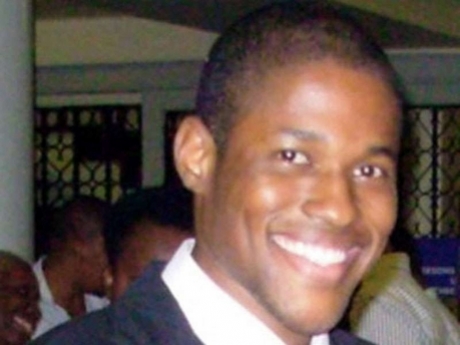 A Jamaican law student called for a Revolution in Jamaica of the likes of what is currently sweeping countries in Northern Africa and the Middle East.

Ramsay posted his open letter on Facebook and as you can imagine this has caused quite a stir.

The letter entitled, ‘Our Revolution is Coming’ received over 100 comments.

Social media was used and widely credited for mobilizing and organizing citizens in Tunisia, Egypt and other middle eastern and African countries. Ramsay is obviously hoping for this kind of ‘movement’ and uprising in Jamaica.

Clearly Ramsay is no fan of either of the two parties: the Jamaica Labour Party (JLP) and the opposition People’s National Party (PNP). Calling both parties, the ‘JLPNP’, he bashes them both while using what can be described as strong language to describe them as scandal ridden and as entities, which treat the Jamaican people with contempt.

Ramsay starts the letter by recounting the 1958 city council elections in Sao Paola where a rhinoceros named Cacareco received 100,000 votes because local residents were upset with the political system, which existed.

Using Minister of National Security Dwight Nelson’s now famous line of “I do not recall” at the Manatt-Dudus inquiry he launched a broadside against the two parties, who he says, have forgotten the scandals, which they have been involved in from the 1970s to today.

He says that Jamaicans across all social and socio-economic levels should have a stake in the revolution, and like the citizens in Sao Paola take a stand.

Ramsay, who says he is a Christian says he has never voted, said that most of the persons in political positions now are not prepared for the leadership positions that they take up.

He believes that Jamaicans have always been ready for revolution.

“We were fooled into thinking that the JLPNP offered choice when all they did was reshuffle candidates,” he said.

Ramsay has not ruled out any path to instituting ‘revolution’ in Jamaica.

“There are many routes to achieving this revolution, and general elections is one of them. None of them will be easy though. True change can be achieved when we realise our potential and rally together. It will happen.”

Ramsay also said he was not afraid of what could happen to him following his call for fundamental and structural change in Jamaica’s political system.

“People will be surprised because they expect I will be killed. However, I believe if you die for a cause it was your purpose to die. They cannot kill all of us,” he said.

Jamaica which gained independence from the British in 1962 is a parliamentary democracy and constitutional monarchy. The Parliament of Jamaica is bicameral, consisting of the House of Representatives and the Senate. Members of the House who are known as Members of Parliament are directly elected. Senators are jointly nominated by the Prime Minister and the Leader of the Opposition.

The Jamaica Labour Party is currently in power after winning the general elections in 2007. The opposition People’s National Party was in power for 18 years. The next general elections are constitutionally due in 2012. ,” he said.

Ramsay has not ruled out any path to instituting ‘revolution’ in Jamaica.

The "delusional" and "paranoid" make me laugh...

Comment by VICTORYONE on March 3, 2011 at 8:55pm
Chop off dem head  straight jamaican talk if yu dis yu miss. And jamaican don,t have to plan a revolution to have a revolution yu know, Jamaicans have a reputation to just turn a  swinging party int a warzone in space of no time

Comment by VICTORYONE on March 3, 2011 at 8:06pm
Marcus garvey say politians Must get good pay but if they slip up they should be taken in the public and be disgraced, My opinion 'CHOP OFF DEM HEAD ' or someting like that, And people must remember sey politians are The Employees  so boss if your workers are not working you know what to do.Mi done talk

Comment by Bombahdrop on March 3, 2011 at 10:37am
They make me laugh too JamRockLady lol