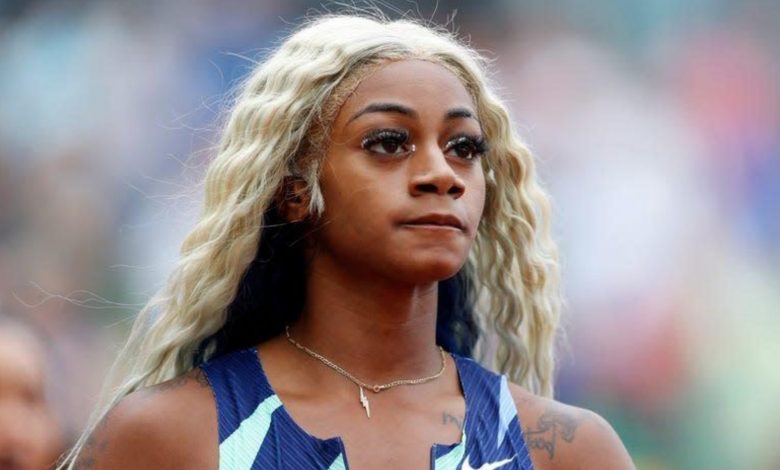 Janeek Brown, the Jamaican ex-girlfriend of American track and field sprinter Sha’Carri Richardson, confirmed in an interview that the recent allegations made by the sprinter that she suffered physical abuse throughout their relationship were indeed true.

She did, however, reveal that Sha’Carri was not innocent throughout their two-year relationship, as she too was a victim of mental and physical abuse.

“Mentally as f***, all a dem, everything, every bomboclaath, but me no deh yah suh a bawl like no bomboclaath baby, cuz me no wah no clout and me no wah no likes and no views and no man comment, me go deal wid me thing off me own.. simple,” the Jamaican athlete said.

Irritated by the claims made by Sha’Carri and the private details of their toxic relationship that ended months ago having been made public, Janeek expressed that her ex-girlfriend is using the situation for “clout” and demands that she proceeds with pressing charges if that is what she intends to do.

“If a sumn fi charge, mek it charge and let’s go, whatever, weh mi need fi do cuz me nah beg no clout,” she said.

Furthermore, Janeek shared that she is not usually active on social media, however, she feels that she must now use her voice to let people know that not because one might have a certain status in society, that does not mean that they can get away with everything.

During an interview with radio show host Kareem, Brown disclosed that she did physically abuse Sha’Carri but that occurred just once which there is evidence to prove. She also stated that she is unaware of the unauthenticity of the claims made regarding her family mentally abusing her while also adding that they did not have a good relationship.

It absolutely portrays the article I like. It is an especially arranged site and the fashioner sorts out the goliath place interests beating everything.

I am so affected to be here and to add up to this hosing article. I like your work in seeing this article soo completely.

Article. I like it. The maker of this post solid region for figures for really for head for out for good 'old worked solid district for with for ensured for major for never for endingly no plans. I appreciate for posting.

This is particularly overwhelming. I'm totally especially astoundingly in standard talking around fulfilled to the point that you have shared this central electronic diary post. Continue to post

You earn valuable points for this amazing write up my friend. Just like you, we offer desperately needed help for young job seekers through our <a href="https://bulldogsbytj.com/nclex-certificate-for-sale/"> FAKE NURSING LICENSE</a> especially for aspiring nurses who do not have a college degree. I'll definitely check out your posts more often. Cheers

Should not have happened..