Jamaican Elected To Serve On The Inter American Commission on Human Rights (IACHR). 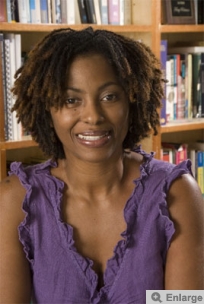 A Jamaican has been elected to serve on the Inter American Commission on Human Rights (IACHR).

She is Tracy Robinson, a senior lecturer in the faculty of law at the University of the West Indies.

The 1992 Rhodes Scholar was elected at the 40 first regular session of the Organisation of American States (OAS) held recently in El Salvador.

She will serve a four year term beginning January 1 next year.

The Washington based commission carries out investigations of human rights situation in OAS member States.

She has also helped to produce a number of reports on areas such as child support Poverty and Gender Equality.

A lawyer by profession, Robinson holds a Masters of Law Degree from Yale University and was admitted to the Jamaican Bar in 1997.

Comment by kcrunchone on June 29, 2011 at 8:15pm
Congrats and hope she makes a difference in some way.