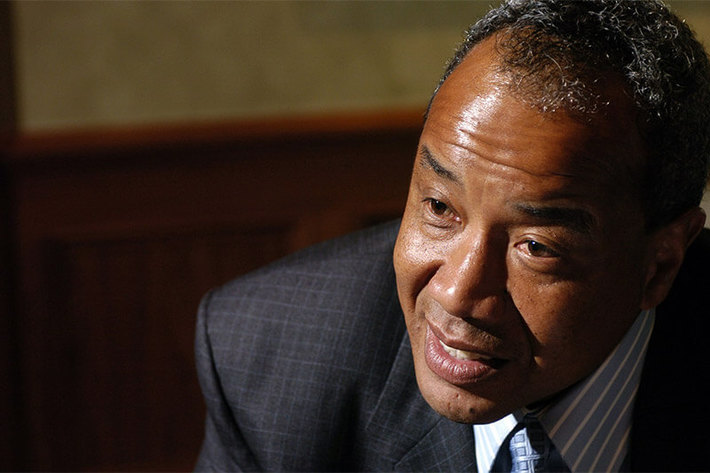 Jamaican-born Canadian Michael Lee Chin made this year’s Forbes 2021 Billionaire listed although he is listed as a Canadian billionaire.

He is considered a self-made billionaire making his money through mutual funds.

Lee-Chin, 70, made a fortune investing in financial companies like National Commercial Bank Jamaica and AIC Limited and Forbes says he is now worth $1.6B, listed at #1931.

The native of Jamaica acquired AIC in 1987 when it had less than $1 million in assets under management. Under Lee-Chin, the Canada-based wealth management and mutual fund business managed more than $10 billion in assets by the year 2002. However, Lee-Chin sold AIC to Canadian financial services group Manulife in 2009 for an undisclosed price after being hit hard by the 2008 recession.

He held onto a valuable 65% stake in National Commercial Bank Jamaica, which now makes up the majority of his wealth.

As a teenager, Lee-Chin worked landscaping at a hotel, then got a gig cleaning the engine room on the Jamaica Queen cruise ship. Lee-Chin later worked as a road engineer for the Jamaican government after studying civil engineering at Canada’s McMaster University.

He resides in Burlington, Canada.