The United States Embassy in Jamaica says the rainbow flag being flown at its consulate is also being flown "across the globe" at all its embassies.

A tweet from the US Embassy this afternoon read: "Across the globe US Embassies flying our flag half-mast in memorial & rainbow flag in solidarity w LGBT our citizens."

The tweet comes hours after a controversial tweet from Attorney General Marlene Malahoo-Forte denouncing the flying of the rainbow flag in Jamaica, following a mass shooting at a gay nightclub in Orlando, Florida, on Sunday.

"I strongly condemn #OrlandoNightClubShooting but find it disrespectful of Jamaica's laws to have #RainbowFlag flown here. #MyPersonalView," Malahoo Forte said in a post on Monday.

Attorney General Marlene Malahoo Forte has come under criticism and is being asked to explain herself, after saying that the United States Embassy in Jamaica was disrespecting the island’s laws by flying a rainbow flag, following the massacre at a gay nightclub in Orlando, Florida on Sunday.

The rainbow flag, which is symbol of the lesbian, gay, bisexual, and transgender (LGBT) community, has been flying at half mast next to the US flag at the Embassy in Kingston.

But Malahoo Forte made it clear, in a post on Twitter, that she did not agree with that expression of solidarity.

Stressing that it was her personal opinion, Malahoo Forte tweeted yesterday that while she condemned the gun attack by Omar Mateen, which left 50 people dead and 53 injured, she found it “disrespectful of Jamaica’s laws” to have to the rainbow flag flying there. Buggery remains illegal in Jamaica.

However, the US Embassy replied to Malahoo Forte’s tweet, asking her to explain her “legal reasoning”.

The Attorney General has also been harshly criticized by some on Twitter, while others agreed that she had a valid point.

Comment by Bombahdrop on July 4, 2016 at 7:17am
The truth is NEVER hateful...Its only deemed as hateful when decent normal people make them face what they are doing to our civilization..The immoral and perverse HATE THE TRUTH..and in true fashion..they try to accuse us of hating .but anyone who has read the HOMOSEXUAL MANIFESTO..CAN SEE THEY ARE THE TRUE HATERS...THE ATTACKERS..THEY HAVE GREATLY THREATENED US....ITS NOT LOVING TO HUMANITY TO PERVERT NATURE AND DEPRIVE FAMILIES OF FAMILY MEMBERS THROUGH RECRUITMENT..Our government is unstable..and perverse ....ITS REBELLION..Telling the truth may save some of the homos from destruction..the second death... 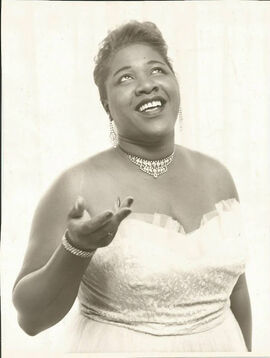 Ok  over 400 years of enriching this nation very little national  recognition.I understand a museum is coming

Comment by Bombahdrop on June 22, 2016 at 8:52am
And trust me when I tell you and this too is in the bible , an abomination is so sinister that it's not just about them burning in lust one towards another of the same sex, they lie down with beast also. Their minds have become perversed.

Comment by Bombahdrop on June 22, 2016 at 8:49am
Theres a reason y homosexuality is an abomination. It's confusion, one of the Devils most elaborate plan against God's children. The whole human race is under confusion and everyone is divided, to each his own all because "homosexuals " are listening to the Devil and separating themselves from not only God but their fellow man they share the earth with.

If this president ain't f*****, then I'm not black. Homosexuals don't represent me

Comment by T dot on June 21, 2016 at 1:33pm
I doubt the flag was flown in Arabic Countries where US has Embassy

Comment by Bombahdrop on June 20, 2016 at 11:21pm
@Mevin I know. since when have we seened this type of scene and outburst over someone running for president. It's not that serious to want to kill someone just because you don't want him as a president. Why not do the normal things people have done since the beginning of voting utilize it and pick who u want to win and hope that they win. What the hell is wrong with this madman.
That niggas possessed under the odummer and smellary's spell and he violent. Odummer and killary have a very violent fanbase.