Career criminal accused of killing Clarence Avant's wife, 81, in Beverly Hills home invasion was arrested after shooting himself in the foot in ANOTHER robbery an hour later

Aariel Maynor, the man responsible for killing Jacqueline Avant, was sentenced to 150 years to life today. He also admitted to shooting at a security guard, who was not wounded while he was trying to flee the scene and allegations of using an assault long barrel pistol during the crimes, along with prior robbery convictions that took place from 2013 and 2018. The philanthropist was 81 years old and wife of celebrated music executive Clarence Avant when she was fatally killed during the burglary of her home in Beverly Hills.

According to Deadline, Los Angeles Superior Court Judge Kathryn Solorzano sentenced Maynor to three life prison terms, saying he will have to serve a minimum of 150 years behind bars.

The robbery that Aariel committed in 2013, he kicked a woman in the face and knocked her unconscious. Judge Kathryn Solorzano noted that he had been released on parole for the 2018 robbery in September 2021, just a few months before killing Mrs. Avant. Although Aariel alleged that he suffered from a bipolar condition, his phone shows that he researched the address

Clarence Avant is known as the Godfather of Black Music, and was inducted into the Rock and Roll Hall of Fame in October. He has been celebrated by artists such as Jay-Z, Diddy, L.A. Reid and Babyface. 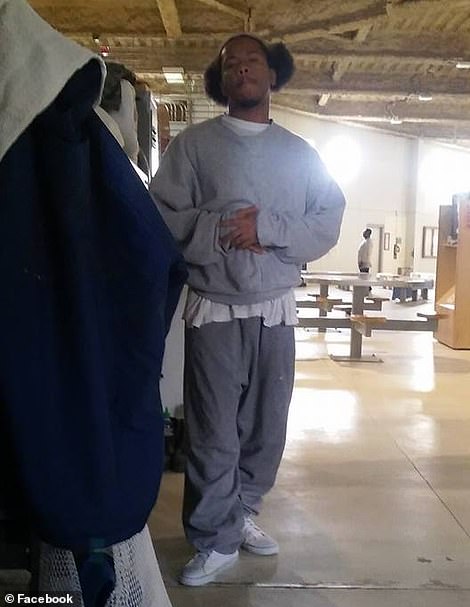 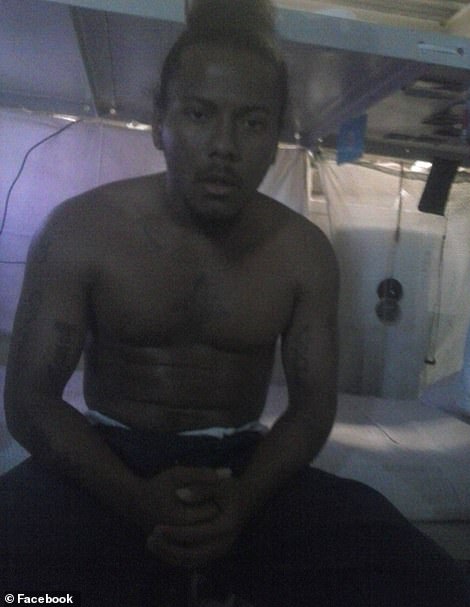 Police confirmed that Maynor (pictured in what appears to be prison) has an extensive criminal record dating back nearly a decade, including convictions for assault, robbery and grand theft

Authorities accused Aariel Maynor of entering the couple’s Trousdale Estates home early Wednesday and shooting Jacqueline Avant with an AR-15 rifle. Police did not disclose a motive for the attack. But hours later, Maynor shot himself in the foot at another home during an alleged burglary attempt, police said, and that is how he was connected to the Avant slaying.

The arrest marked a swift end to a manhunt in a case that sent shock waves throughout Hollywood and national politics, in which the Avants were prominent figures who counted celebrities as well as former President Clinton as friends.

“It is a sad case, and although we are happy we have an arrest, I feel so bad for the family,” Beverly Hills Police Chief Mark Stainbrook said. “The evidence thus far shows that only one suspect was involved in the crime and the motive remains under investigation. Our focus now has transitioned from finding a suspect to a continuing investigation that //willlead to a successful prosecution.” 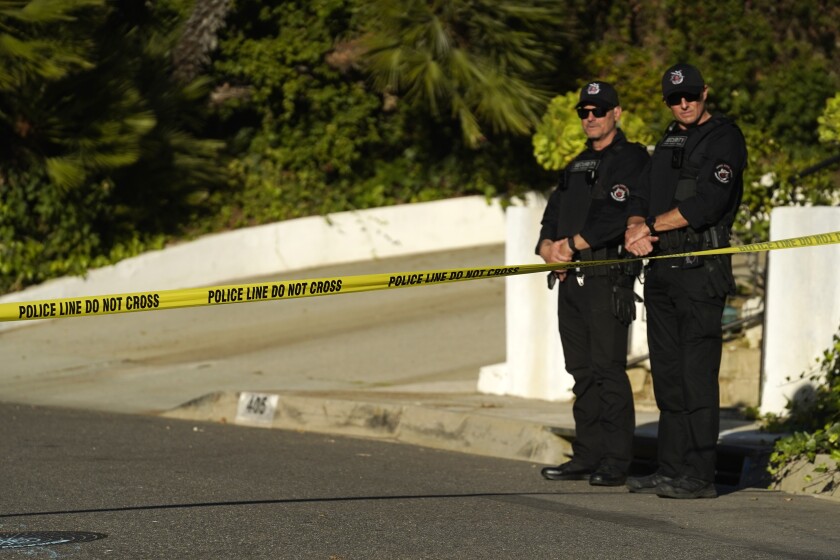 Shortly after Avant was shot, officers from the Los Angeles Police Department’s Hollywood division arrived at a home in the 6000 block of Graciosa Drive in the Hollywood Hills. They found a man in the backyard who had a gunshot wound to his foot. Police determined that he had accidentally shot himself during an alleged burglary attempt at the home. He was arrested and taken to a hospital.

An “astute watch commander” in Hollywood connected the dots to the Avant case and alerted Beverly Hills, LAPD Deputy Chief Blake Chow said. Maynor has been in police custody since.

Police described the rifle as a “traditional” AR-15, not the compact variety.

The Beverly Hills Police Department has taken charge of the investigation into the Beverly Hills and Hollywood incidents. Police say surveillance and other evidence, including the rifle, linked Maynor to both cases.

Maynor was sentenced to a five-year prison term in November 2013 for second-degree robbery and inflicting great bodily injury, according to California Department of Corrections and Rehabilitation spokesperson Joe Orlando.

Most recently, he served a four-year sentence for second-degree robbery with enhancements for a prior felony. He was released on parole supervision on Sept. 1 after serving his full sentence, Orlando said.

According to the Department of Corrections, Maynor did not have a permanent address when he was released.

Neither Maynor nor his attorney could be reached for comment, and a family member declined to comment when reached Thursday afternoon.

What appeared to be the suspect’s Facebook page says he attended Hartnell College in Salinas, Calif., and was self-employed as an electrician. The page shows a Bible verse that reads, “It is an abomination for a king to commit wickedness because the throne is built on righteousness.” 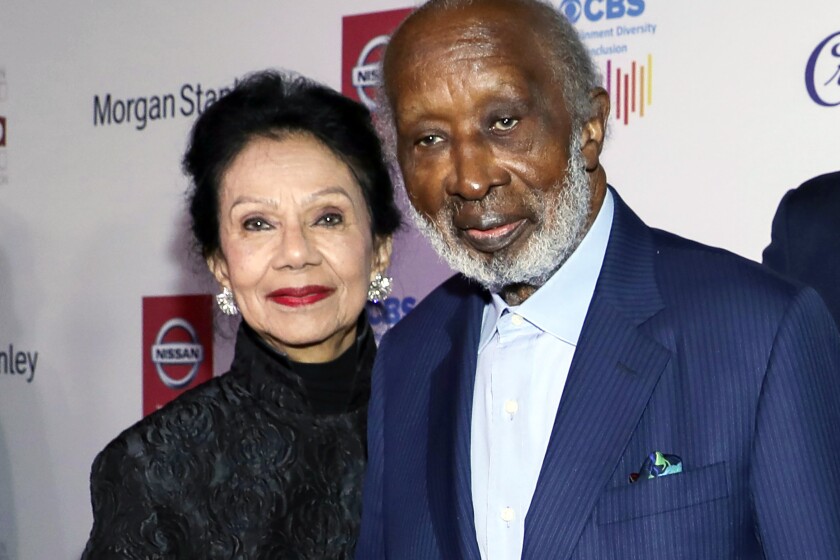 Police responded to a call of a shooting in the 1100 block of Maytor Place shortly before 2:30 a.m. Wednesday and found Jacqueline Avant with a gunshot wound. She was taken to Cedars-Sinai Medical Center, where she later died. Avant’s husband and a security guard were also at the home during the shooting, Stainbrook said.

The chief said it appeared nothing had been taken from the home, but it will take some time to say with certainty.

Aerial video of the scene Wednesday showed a sliding glass door that appeared to have been shattered.

“I know we use this term a lot, but truly [she was] an angel in the City of Angels,” Garcetti said. “She and Clarence, Nicole their daughter, I’ve known for many years, and I’ve seen and witnessed the way their generosity touched the lives and transformed the lives and even saved the lives of so many people in this city and in this country. And my thoughts continue to be with the Avant family today.”

In addition to being an L.A. philanthropist, Avant, 81, was a prominent figure in national Democratic politics for decades.

Clinton was among those who paid tribute to Avant after the shooting, tweeting that she was “a wonderful woman, a great partner to Clarence and mother to Alex and Nicole, an active citizen & a dear friend to Hillary and me for 30 years.

“She inspired admiration, respect & affection in everyone who knew her,” Clinton said. “We are heartbroken. She will be deeply missed.”

Avant served at one time as president of the Neighbors of Watts, a support group for the South Central Community Child Care Center, and as entertainment chair of the NOW benefit auction.

Her husband is a legendary figure in the music industry, working with or advising such stars as Jimmy Smith, Lalo Schifrin, Babyface, Bill Withers, Sixto Rodriguez, the S.O.S. Band and Cherrelle.

Known as the “Black Godfather,” he received a star on the Hollywood Walk of Fame in 2016 and was inducted into the Rock & Roll Hall of Fame in 2021.

Their daughter, Nicole Avant, served as U.S. ambassador to the Bahamas during President Obama’s administration and is married to Ted Sarandos, co-chief executive and chief content officer for Netflix. In 2007, she described her parents’ deep ties to Democratic leaders, including the Clintons.

In a statement, the Avant and Sarandos family said: “Our deepest gratitude to The City of Beverly Hills, the BHPD and all law enforcement for their diligence on this matter. Now, let justice be served.”

In announcing the arrest Thursday, Stainbrook said, “To the Beverly Hills community, let me reassure you, this is one of the most protected and patrolled cities in the world. Crime of any kind will not be tolerated here.

“Let this be a message to anyone thinking of committing a crime in Beverly Hills: You will be caught and brought to justice,” the chief said. 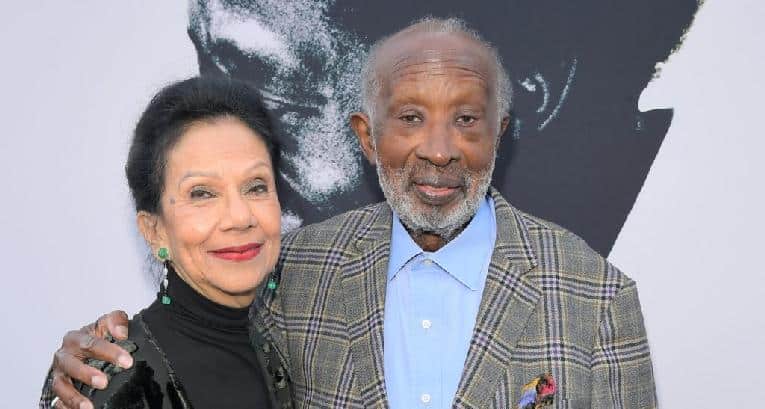 Lord have mercy. Pure evil has struck again. We’ve just learned that Jacqueline Avant, the wife of Clarence Avant, a virtual legend in the music business, was shot and killed in a home invasion robbery.

The Avants have been married for 54 years.

The scene of the crime is the Trousdale Estates area of Los Angeles. It’s a high-end area neighboring Beverly Hills.  Beverly Hills PD got a call at 2:30 AM for a home invasion. The caller told the dispatcher someone had been shot. By the time they arrived, Mres Avant had already been rushed to a nearby hospital. 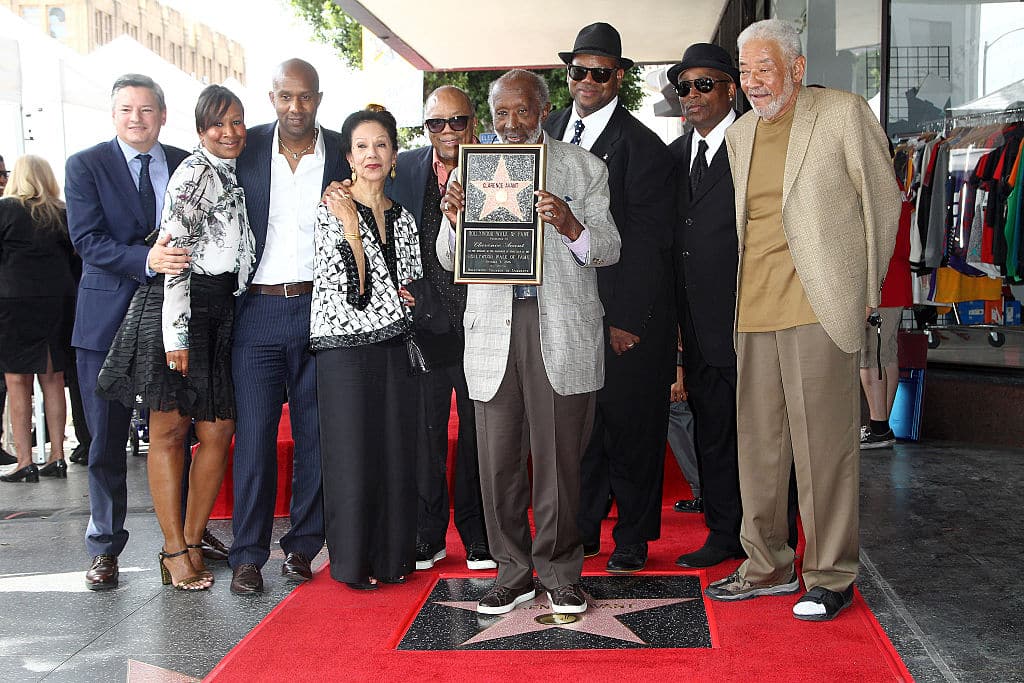 A family source tells us the people who broke into the house fired shots and hit Jackie. Clarence was home at the time. We do not know if he was hurt.

Jackie and Clarence’s daughter is Nicole Avant, who is married to Netflix CEO Ted Sarandos.

Clarence is known as the Godfather of Black Music. He’s been regularly celebrated by the likes of Jay-Z and Diddy, L.A. Reid and Babyface. His wife was on hand with him when he was inducted into the Hall of Fame back in October.

Jackie served as the President of the Neighbors of Watts, a support group that focused on child care. She was also on the Board of Directors of UCLA’s International Student Center.

its nothing related to racism here.. just attitude..

Well that is what niggers do, once you move away from them don't associate with them, they sure will make it their,business to haunt you, they won't run up to rob and no those white celebrities but a black man is easy access, I hate niggers, they are poison to black people

Comment by James on December 6, 2021 at 6:56am
No them need to let m Clarence take care of m southern style

Comment by Mnyama on December 6, 2021 at 6:29am
Thar fool probably shot her by accident just like he did himself. He didn't know how to use the gun. They need to let his d@mn foot rot off from gangrene. This time he doesn't need to be paroled. He needs a life sentence.

If it is him that did that murder, to hell with locking him up for life, he should forfeit his life for taking that senior's life.  Why should he get 3 hots and a cot and stay alive while that woman is dead.  Screw that SOB, execute him.

Comment by vaughn mitchell on December 4, 2021 at 5:51pm
I hope they lock him up for life. Another person who his mother should have aborted. He has contributed nothing to society.

Rice Realty Team has made countless dreams of people in Idaho come true by helping them find the houses of their dreams. We have hundreds of homes in our property listings waiting to get purchased. So, if you are looking for a House for Sale Eagle ID, get in touch with us.

Comment by flint on December 1, 2021 at 8:58pm
Why did God created evil if he has foreknowledge and knew what evil can do
Isaiah 45:7 in the King James Version reads, “I form the light, and create darkness: I make peace, and create evil: I the LORD do all these things.