Israel 'is heading for full-scale WAR', UN warns, as clashes between Jews and Arabs spark 'civil war' in one city: 36 Palestinians and five Israelis now dead 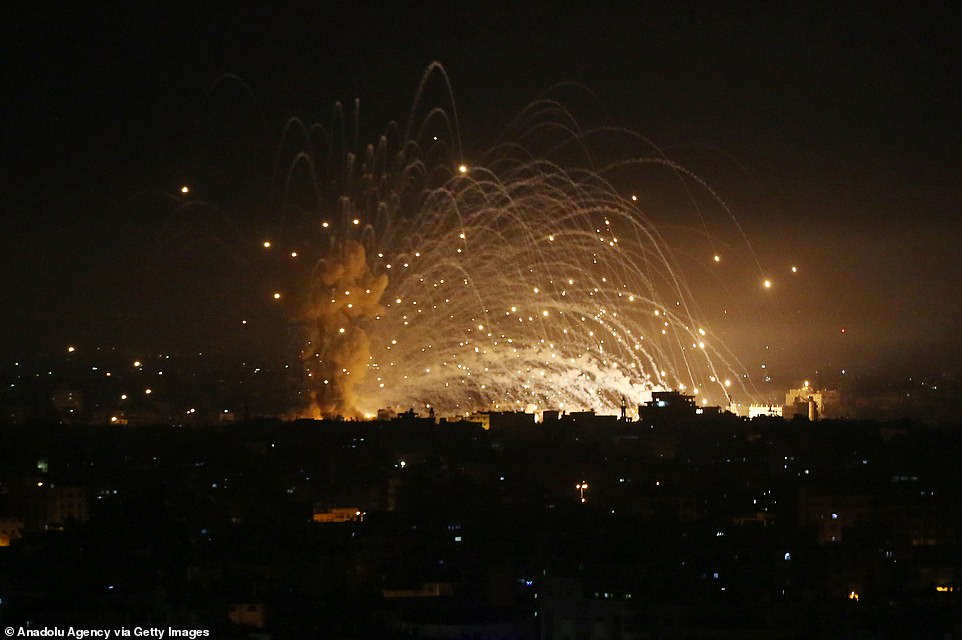 The United Nations has warned Israel is heading 'towards a full-scale war' as the air force continued pounding the Gaza Strip this morning in retaliation for hundreds of rockets launched by Hamas.

'Stop the fire immediately. We're escalating towards a full-scale war. Leaders on all sides have to take the responsibility of de-escalation,' Tor Wennesland UN Special Envoy to the Middle East Peace Process tweeted.

Barrages levelled tower blocks in Gaza last night as the death toll rose to 36 Palestinians, including 12 children and three women, health officials in the territory said. Another 233 people were wounded.

Rockets from suspected Hamas strongholds have killed five Israelis, including two women and a child.

Israel says the militants have fired more than 1,050 rockets since Monday, with 200 of them falling short and landing inside Gaza, injuring many of their own, while others have been ripped apart by the Iron Dome defence system.

Just after daybreak on Wednesday, Israel unleashed dozens of airstrikes in the course of a few minutes, targeting police and security installations belonging to Hamas.

The Israeli Defence Forces dispatched two infantry brigades to the area of a downed militant drone, indicating preparations for a possible ground invasion.

'I am urging Israel and the Palestinians to step back from the brink and for both sides to show restraint,' the Prime Minister said. 'The UK is deeply concerned by the growing violence and civilian casualties.'

Despite international condemnation for the bloodshed, the worst since the 2014 war, Israeli Prime Minister Benjamin Netanyahu has rejected calls for ceasefire, vowing last night to 'step up' attacks.

Hamas leader Ismail Haniyeh said in turn that 'if Israel wants to escalate, we are ready for it'.

The tensions began a month ago in Jerusalem, where heavy-handed police tactics during Ramadan and the threatened eviction of dozens of Muslim neighbourhoods ignited protests and clashes with police. On Monday, a riot on Temple Mount left hundreds of Palestinians wounded before Hamas started launching rockets. 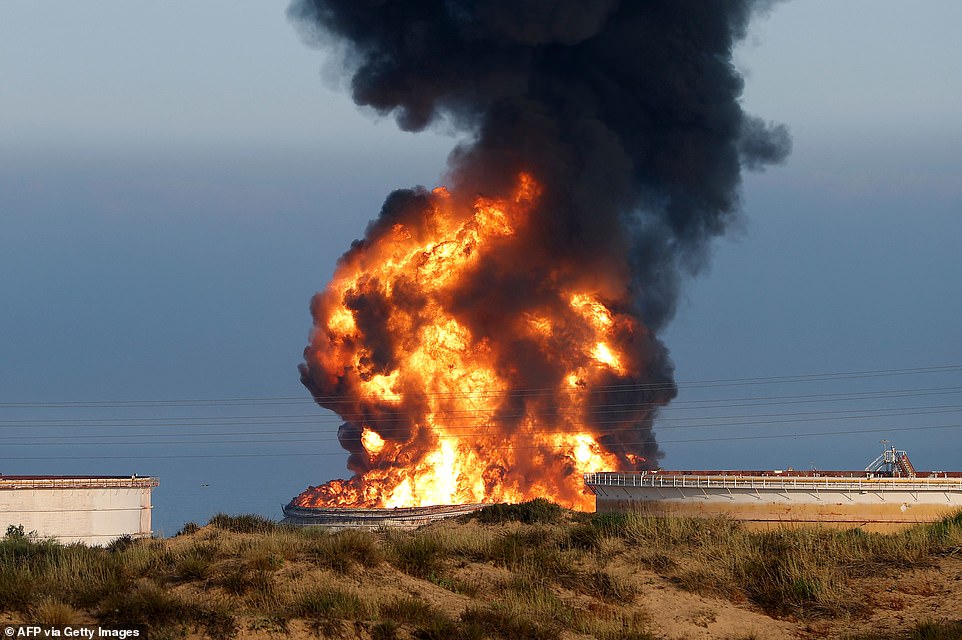 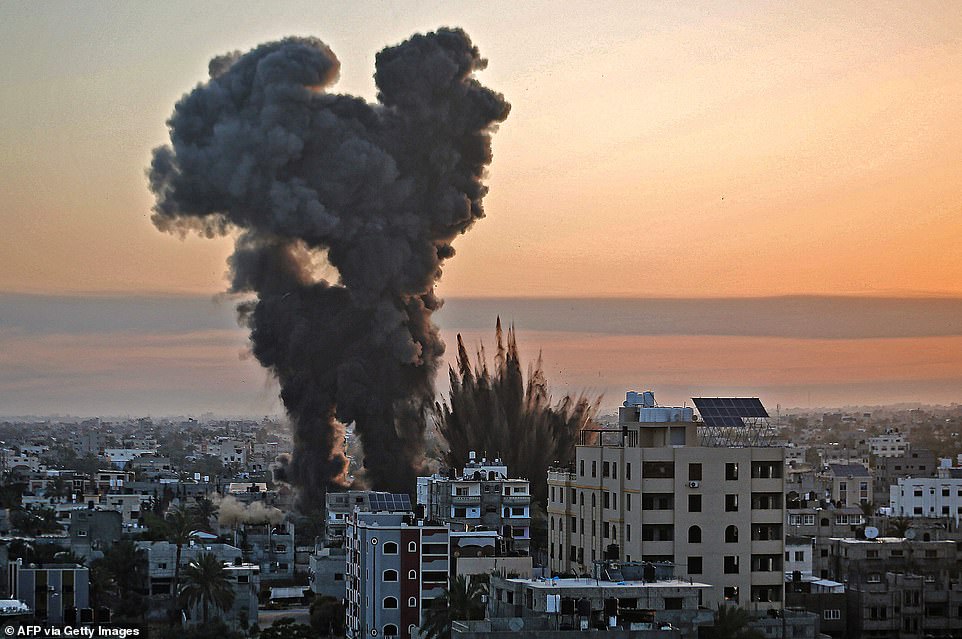 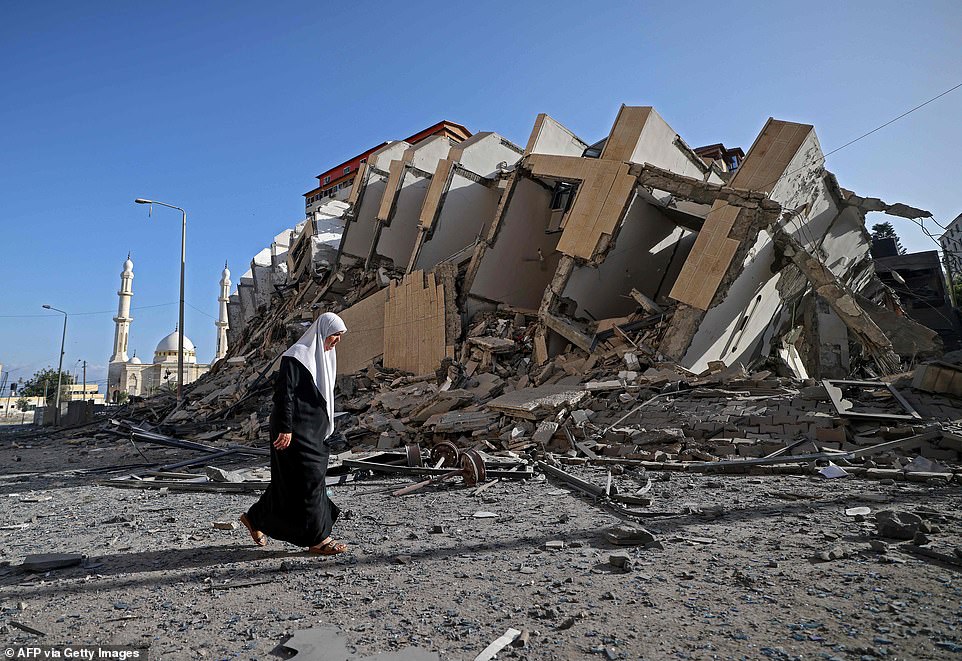 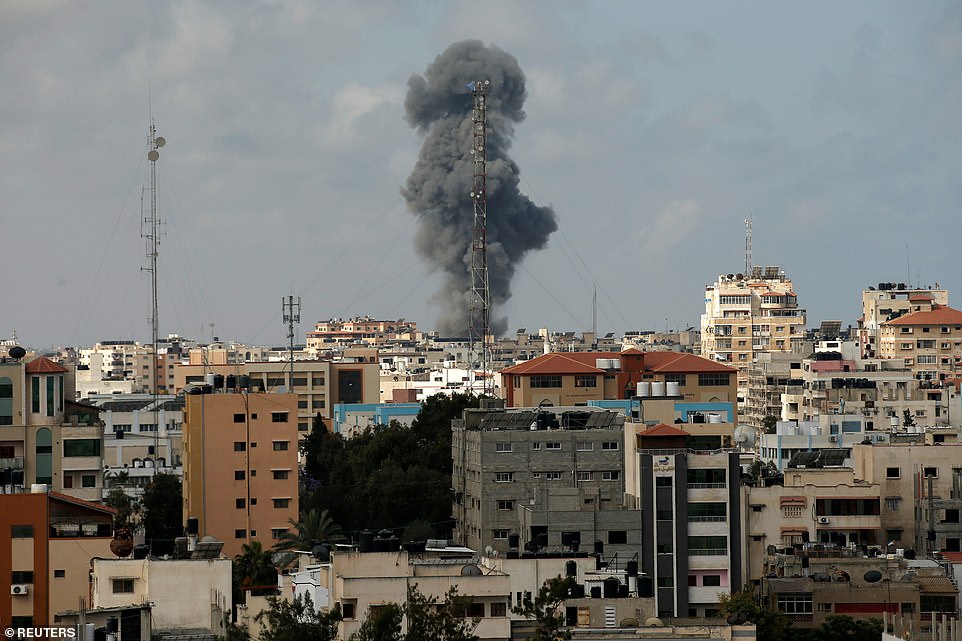 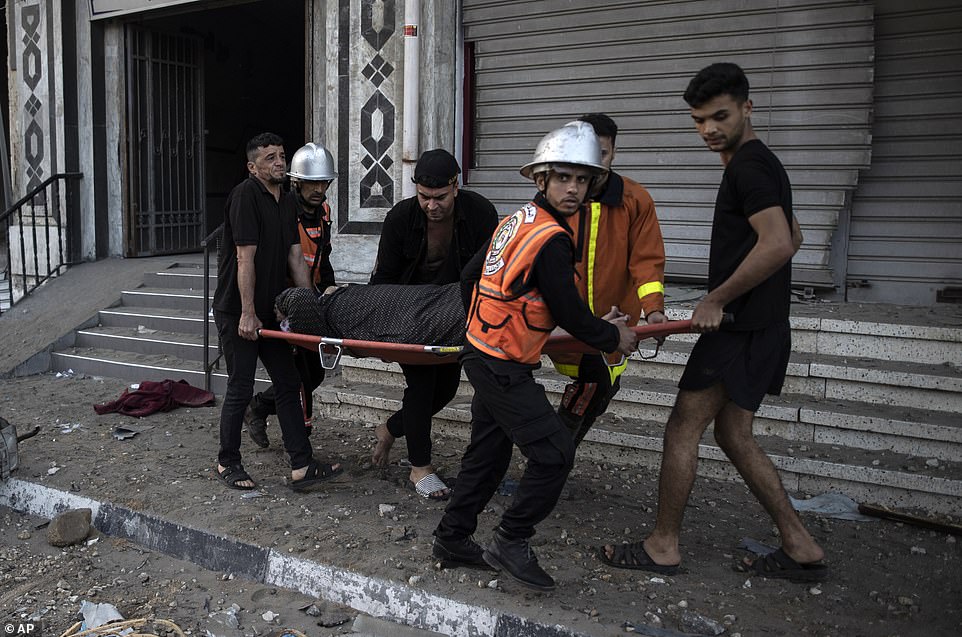 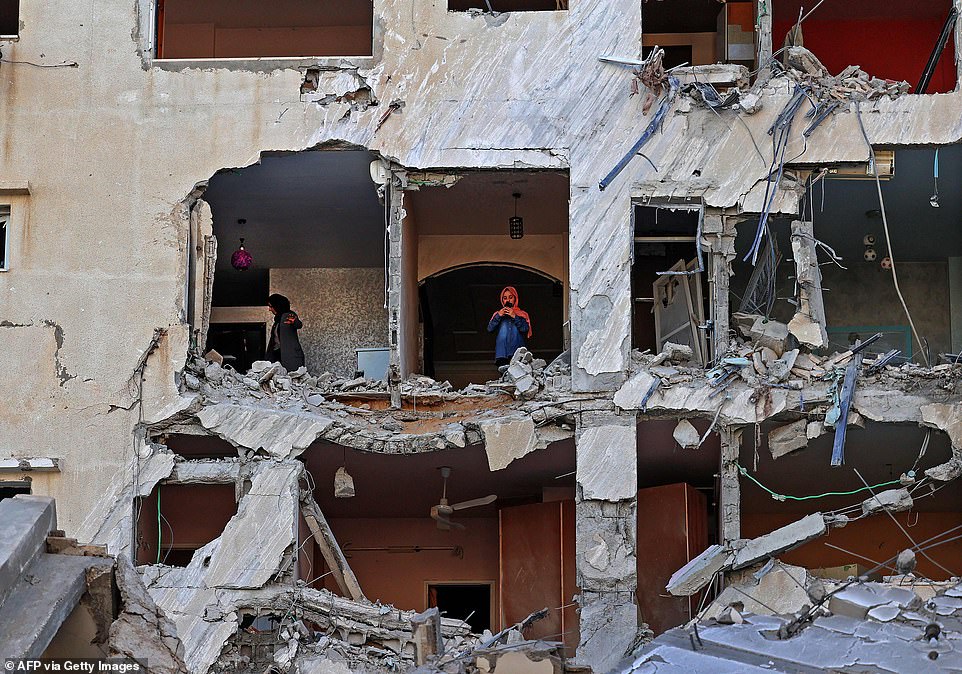 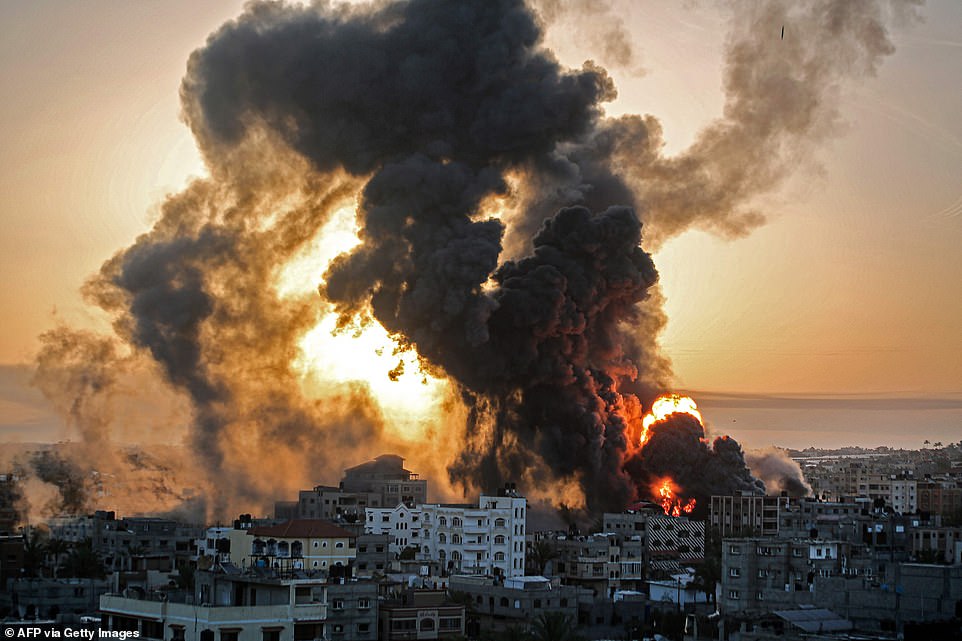 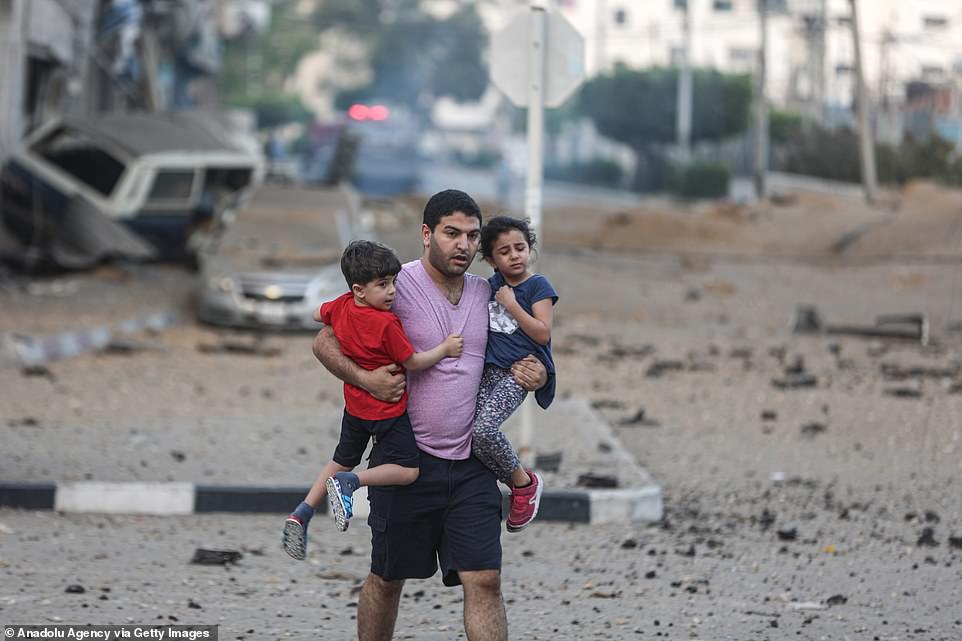 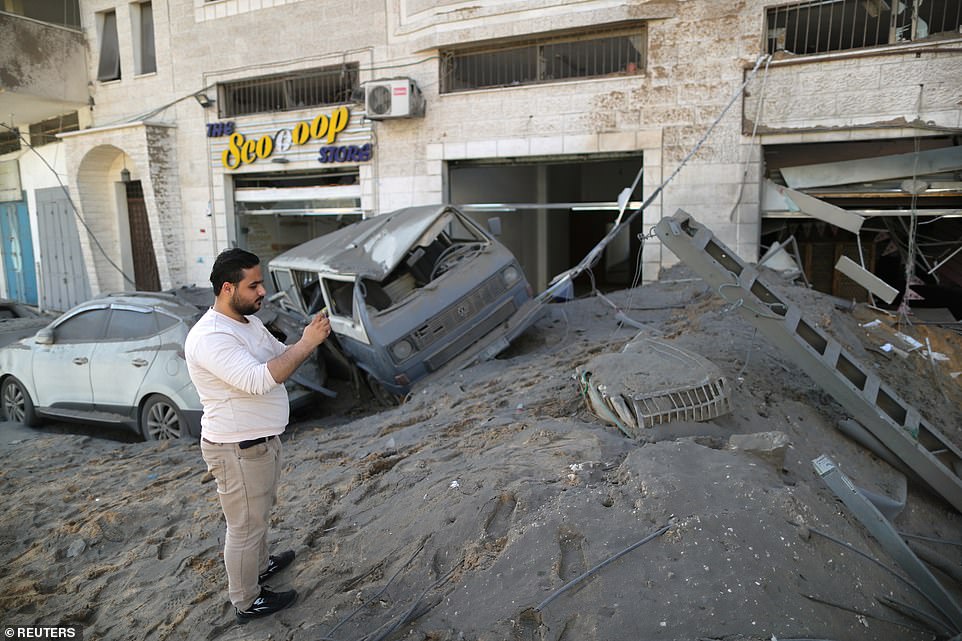 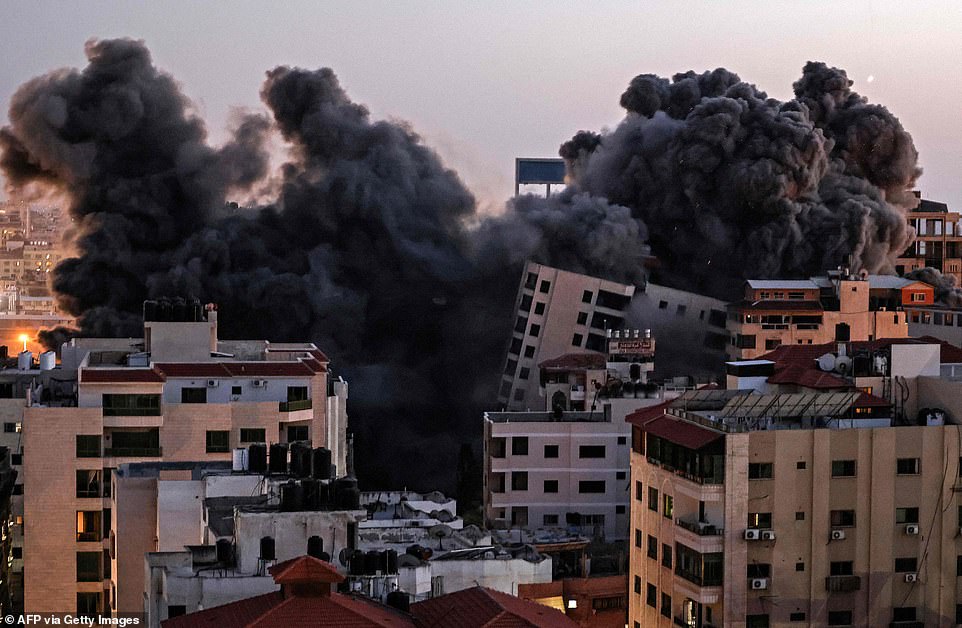 Smoke billows from an Israeli air strike on a tower block in Gaza as it collapses. The destruction of apartment apartment towers was among several tactics used during the 2014 war that are now the subject of an investigation by the International Criminal Court into possible war crimes. Israel is not a member of the court and has rejected the probe. 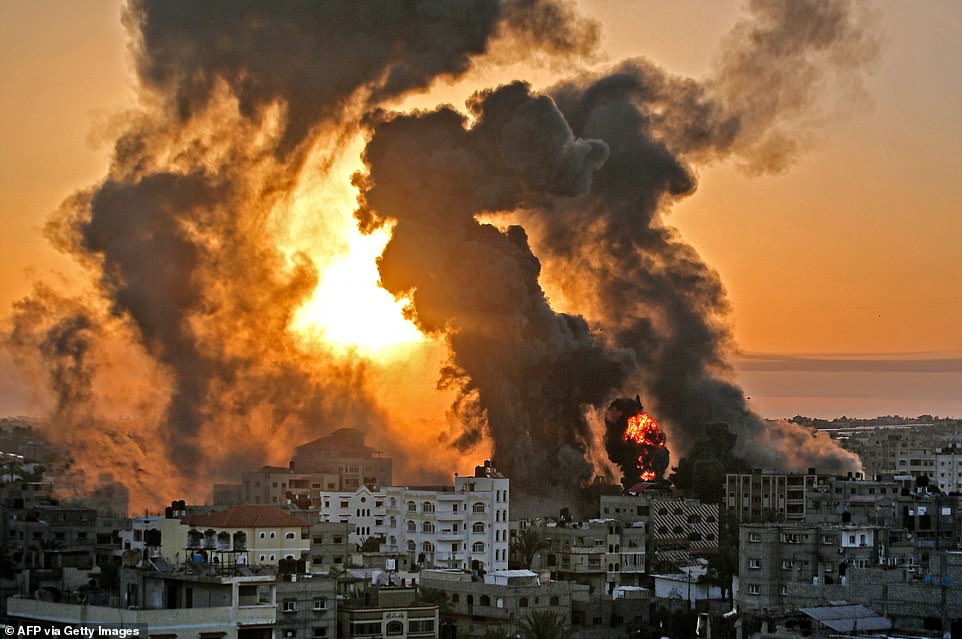 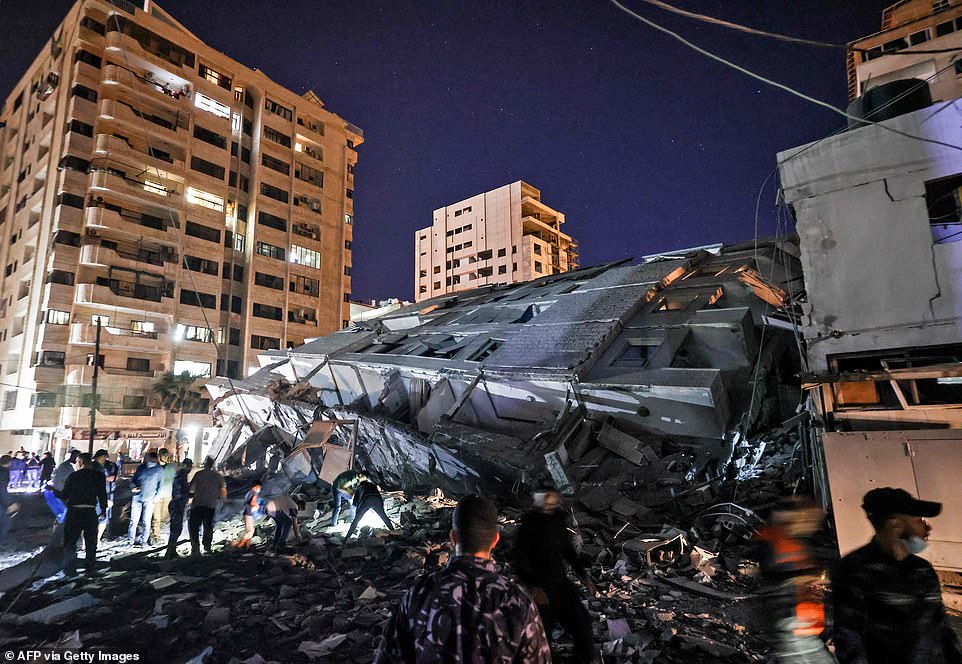 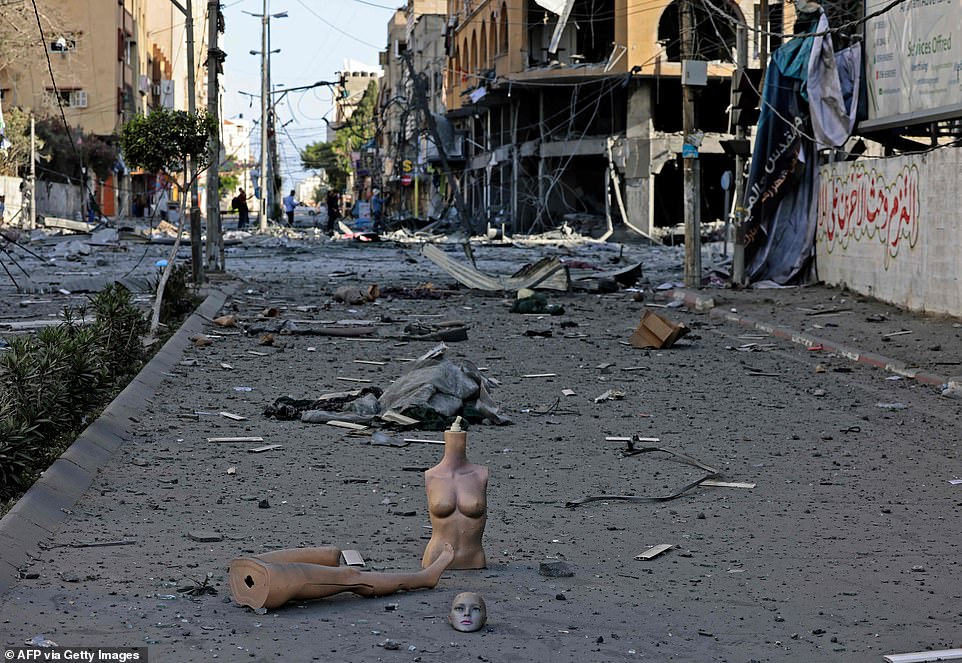 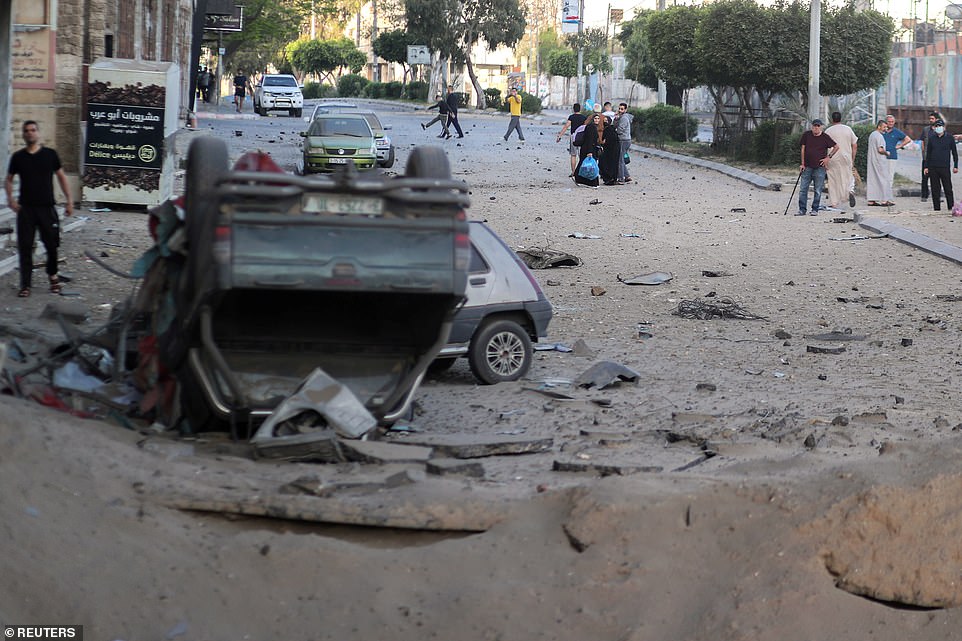 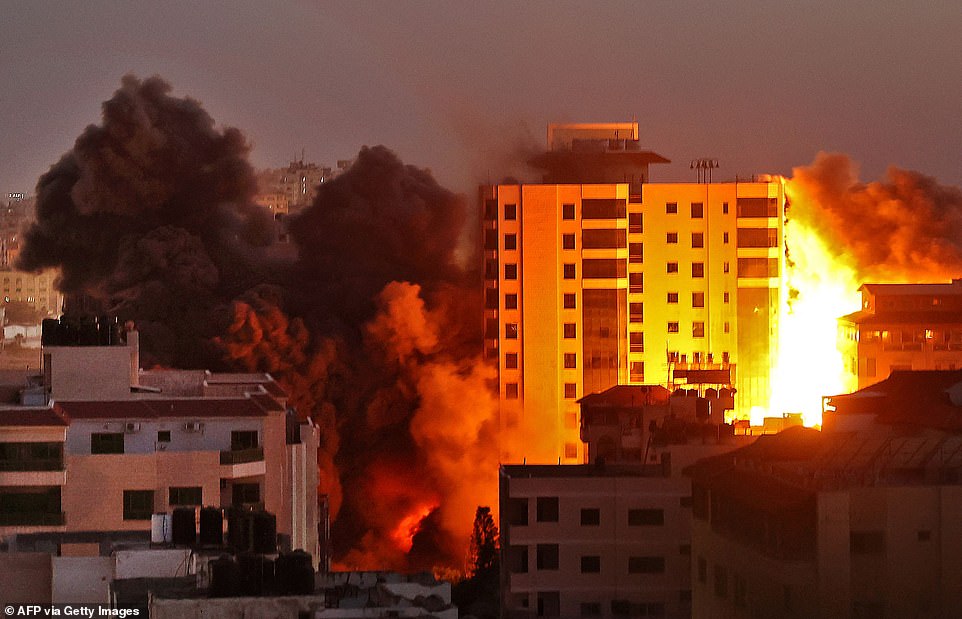 Smoke billows from an Israeli air strike on the Hanadi compound in Gaza City, controlled by the Palestinian Hamas movement, on Tuesday night 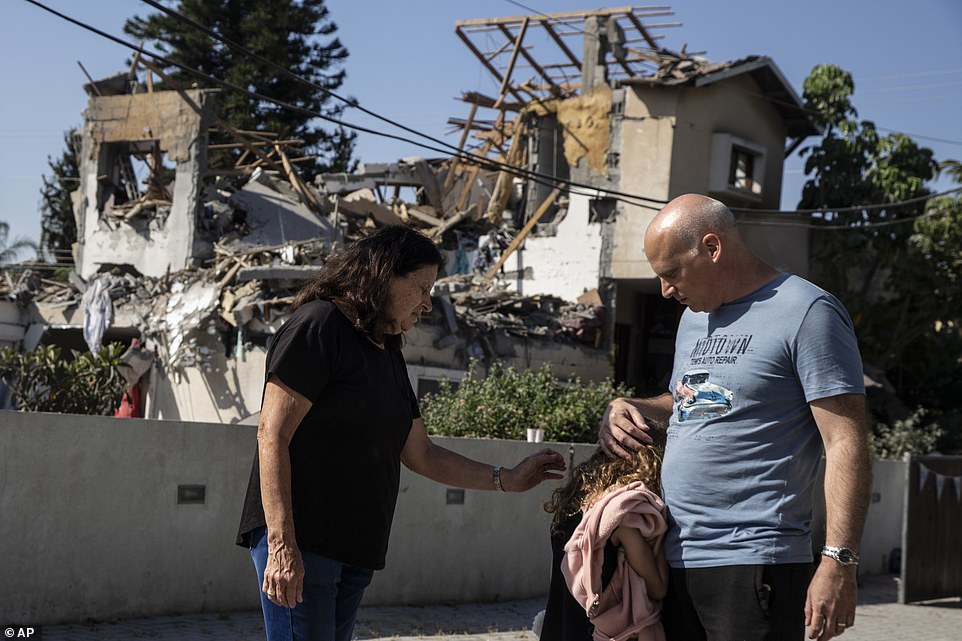