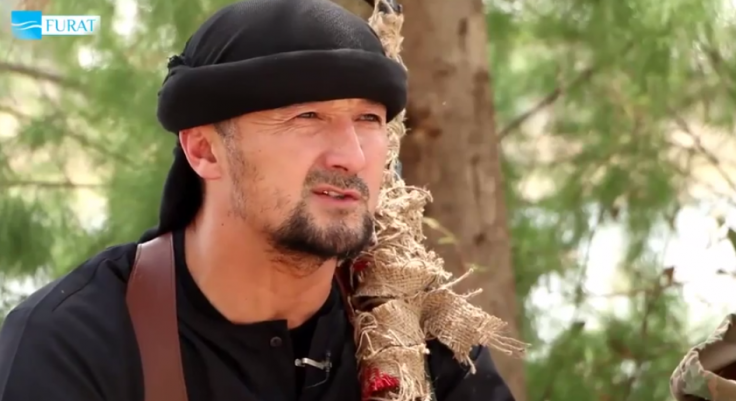 Mosul, Iraq – Former Tajikistan Special Forces colonel Gulmurod Khalimov, defected to the ranks of ISIS last year and publicly declared jihad against the West.  After being trained in the United States by private military contractor Blackwater, Khalimov has reportedly been promoted from within the Islamic State organization and has been named the new chief military commander for the global terror group.

“There’s information in the Islamic State (IS, formerly ISIS/ISIL) that Tajik Gulmurod Khalimov was named the new chief military commander of ISIS, after the murder of the previous leader Abu Omar al-Shishani,” a source in Nineveh province, where ISIS stronghold of Mosul is located, told Iraqi Al Sumaria.

Khalimov also received training from elite instructors in Russia in addition to his training in the United States, an unnamed U.S. official told the Washington Post. After joining the ranks of the Islamic State, Khalimov had a message for the U.S. government and its citizens.
“Listen, you American pigs, I’ve been three times to America, and I saw how you train fighters to kill Muslims,” he said. “God willing, I will come with this weapon to your cities, your homes, and we will kill you.”

The U.S. State Department labeled Khalimov a Specially Designated Global Terrorist under Executive Order 13224 on September 29, 2015. The designation is intended to specifically target and prevent the transfer of currency to select individuals known to hold leadership roles in terror organizations. The United Nations Security Council Resolutions and al-Qaeda Sanctions Committee also added Khalimov, who is listed as a fugitive wanted by the government of Tajikstan, to its sanctions list in February 2016.

Officially the Islamic State has refused to announce that Khalimov had ascended to the top military rank of the terrorist organization out of a well-placed concern that he would become a high-priority target of US-led strikes in Iraq. However, Iraq’s Al Sumaria news agency exposed the promotion.

The former ISIS chief military commander Abu Omar al-Shishani, known as “the Chechen,” was killed in July during fighting in the Iraqi city of Shirqat. Washington initially boasted that they killed the Chechen with a targeted drone strike – a claim that turned out to be false.

As expected, the U.S. State Department responded to the news of Khalimov’s internal promotion by immediately placing a $3 million dollar bounty on him pursuant to their Rewards for Justice Program. The former Tajikistan military sniper pledged jihad against the West and appeared in propaganda videos calling for acts of violence against American forces and civilians.

“The US Department of State’s Rewards for Justice Program is offering a reward of up to $3 million for information leading to the location, arrest, and/or conviction of Gulmurod Khalimov (variant Halimov), a key leader of the terrorist group ISIL, also known in Arabic as Da’esh,” the announcement from the U.S. State Department read. 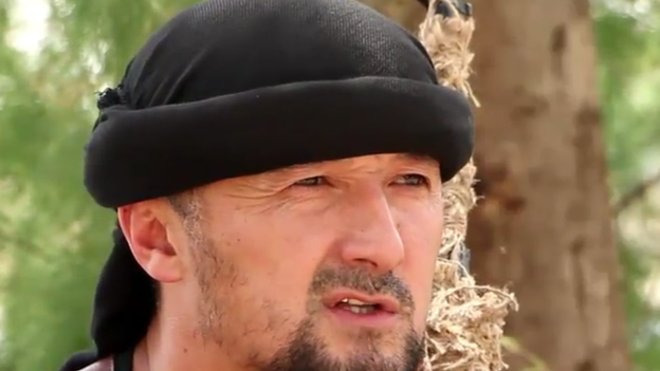 Washington considers Khalimov a particular threat due to his counter-terrorism training, which included “crisis response, hostage negotiation and tactical leadership,” a State Department official told Reuters on condition of anonymity.

“We consider Gulmurod Khalimov to be a threat to national security and the U.S. Department of State due to his prior counter-terrorism experience and training,” the official added.

In a video, the 41-year-old stated that from 2003 to 2014, he participated in five counter-terrorism training courses in the United States and in Tajikistan, through the U.S. State Department’s Diplomatic Security/Anti-Terrorism Assistance program. Part of the training, according to the Tajik commander, was conducted by the private American military contractor previously known as Blackwater.

Please share this story if you think that the fact that the head of ISIS military operations received substantial military training within the United States raises some serious red flags!

Comment by Yard Squad on September 22, 2016 at 1:51pm
This is why I have no tolerance for those who pretend that rhey dont know dick f****** cheney and his crones are treasonous criminals that betrayed america for financial gain.