Is a Police Shooting a Crime? It Depends on the Officer’s Point of View 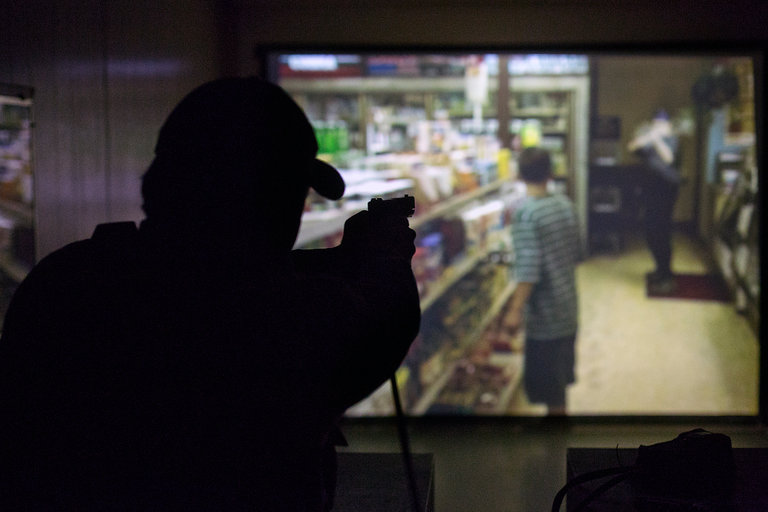 A police training simulator in the Bronx. A spate of killings by the police has the public scrutinizing the decision to use lethal force.
The black teenager had just reached into his waistband for what the New York City police officer assumed was a gun. As the officer, Richard Haste, later told a Bronx grand jury, he thought he was about to die.


In that instant, Officer Haste pictured Thanksgiving, with everyone gathered around, except him. He imagined his girlfriend walking their dog, without him, according to an account of the officer’s testimony provided by his lawyer, Stuart London.

But there was no gun in the hand of the teenager, Ramarley Graham, only a bag of marijuana, which Mr. Graham threw into a toilet before that single shot killed him. Ultimately, the grand jury did not indict Officer Haste in the 2012 death of the 18-year-old, illustrating the standard by which police shootings are typically evaluated for criminal prosecution: What matters is the perspective of the officer, with an officer’s sense of danger given significant weight.

The longstanding official deference to the viewpoint of police officers is enshrined in the laws of some states and Supreme Court rulings. And the ambush attacks that left eight officers dead in Dallas and Baton Rouge, La., this month left many in the country with a jarring sense of the dangers of police work.

But that deference is being questioned in an era when millions of people are viewing footage of police shootings and making their own judgments. As more encounters are captured by surveillance systems, bystanders’ cellphones or officers’ body cameras, the public is scrutinizing, case by case, officers’ decisions to use lethal force. The law’s posture toward the police is being measured against human lives, with the names of the dead becoming watchwords in the national debate over reforming the criminal justice system.

Some lawyers and activists say the legal standards — on top of the circumstances of individual police killings — have contributed to racial tensions and the challenges confronting American policing.

“The legal standards we have do not hold police sufficiently accountable for their conduct,” said Anthony L. Ricco, a New York defense lawyer whose clients over the years have included both a police officer accused of killing an unarmed black man as well as a man who murdered an officer.

Of particular frustration for the movement, organized under the banner Black Lives Matter, is that the legal standard focuses not on the guilt or the innocence of the person who is shot but on whether an officer would have perceived a threat in the encounter. And, some legal experts said, there is the possibility that racial biases may account for why a particular encounter felt dangerous. If officers tend to respond more aggressively toward black suspects as opposed to white suspects in similar situations, Mr. Ricco said, “we allow this mind-set to become the standard by which we judge these cases.”

While there have been indictments in a few recent high-profile killings by the police, like in Chicago and South Carolina, both of those cases involved video recordings that contradicted officers’ accounts.

Many legal experts doubt that criminal prosecutions are likely to deliver the type of reform the Black Lives Matter movement has sought, both because of how rarely the facts surmount the legal standard and because trials of individual officers will not necessarily change departmental policies. 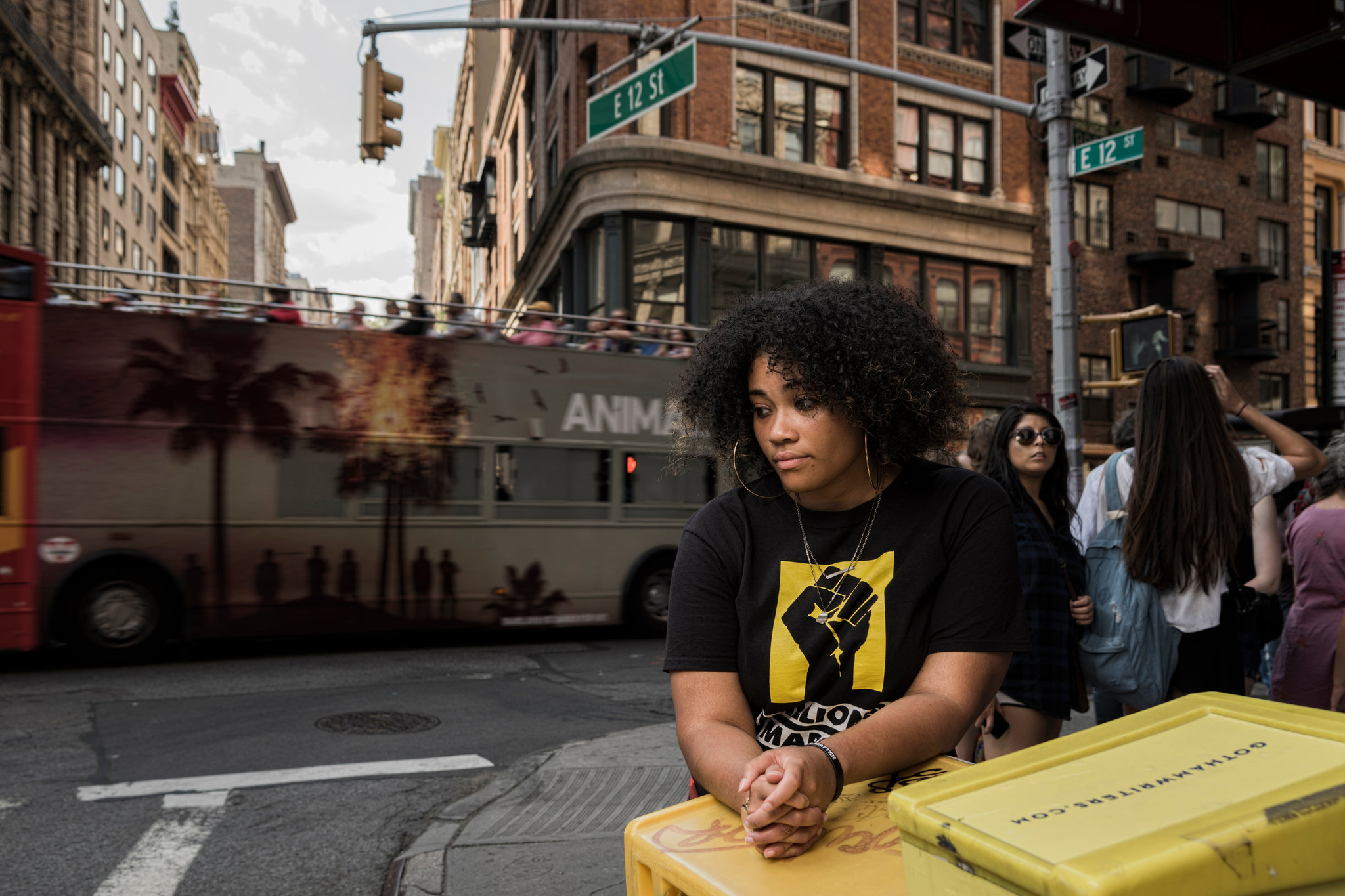 Arminta Jeffryes is an activist who began protesting the police after a Staten Island grand jury declined to indict the officer who placed Eric Garner in a fatal chokehold in 2014.

Yet in the past two years, starting with the death of Michael Brown in Ferguson, Mo., and continuing through the death of Philando Castile this month in Falcon Heights, Minn., the authorities — police chiefs, mayors and prosecutors — have repeatedly urged local communities to put their trust in investigations based on the legal standards that give considerable deference to the officers. In a now-familiar refrain after a new video recording of a police killing draws nationwide scrutiny, the authorities pledge an impartial and thorough criminal investigation and beseech the public to be patient. Whatever the outcome, the authorities’ main message is that the public should “respect” the process.

“That’s the routine over and over again,” said Arminta Jeffryes, an activist who began protesting the police after a Staten Island grand jury declined to indict the officer who placed Eric Garner in a fatal chokehold in 2014.

In the absence of criminal prosecutions, the frustration of many people is compounded by the sense that police departments frequently avoid a public reckoning of what may have gone wrong and why.

In some jurisdictions, including New York City, the details of internal police investigations into shootings are kept secret.

While police departments sometimes bring disciplinary proceedings against officers for excessive force, the process can be protracted or opaque.

The case of Officer Haste, who shot Mr. Graham in 2012, is instructive. The officer was initially charged with manslaughter, but a judge dismissed the indictment after concluding the grand jury had received improper instructions that led the panel to give insufficient weight to how the encounter appeared from Officer Haste’s perspective. A second grand jury declined to indict Officer Haste. 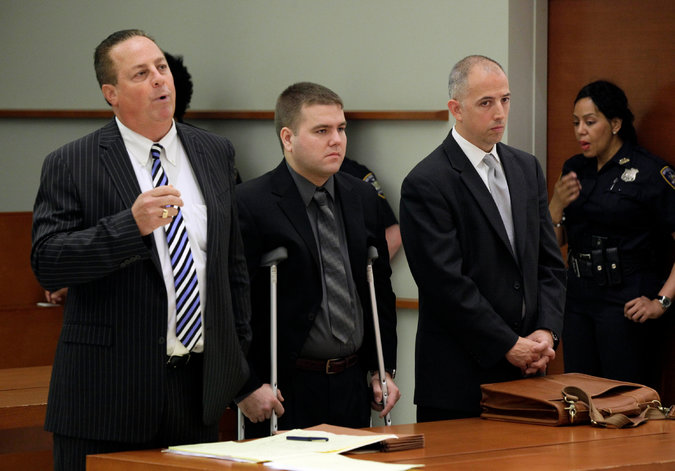 Officer Richard Haste, center, at his arraignment in 2012. A grand jury declined to indict him in the death of Ramarley Graham.


In the meantime, the city agreed to pay $3.9 million to Mr. Graham’s family.

While police disciplinary cases can be drawn out over many years, some cities are taking the opposite approach in lawsuits after high-profile killings. Municipalities are expediting their resolution, settling them before depositions are taken or much evidence is turned over. Sometimes cities even pay before a lawsuit is filed, as New York did when it paid $5.9 million to Mr. Garner’s family. With claims being settled so quickly, the circumstances of some deaths receive little public accounting.

“The police officer usually escapes criminal accountability, a lawsuit is settled providing some monetary compensation and we move on,” said Representative Hakeem Jeffries, a Democrat who represents parts of Brooklyn and Queens and is on a congressional task force on police-community relations. “That’s not sufficient to break this vicious cycle that the country is now in as it relates to the tensions between the police and communities of color.”

The policing profession is starting to debate whether departments should be more ready to acknowledge mistakes made by officers, even in cases where the shootings may be found legally justified. The bar for acceptable police work “can’t simply be whether what he did is criminal or not,” said Chuck Wexler, the executive director of the Police Executive Research Forum, a law enforcement policy group.

Mr. Wexler’s group, which works with many police chiefs, recently urged departments to add use-of-force restrictions that would go beyond the law’s requirements. Many agencies already do so, with Mr. Wexler citing the New York Police Department’s rule against shooting moving vehicles, from 1972, as an example. 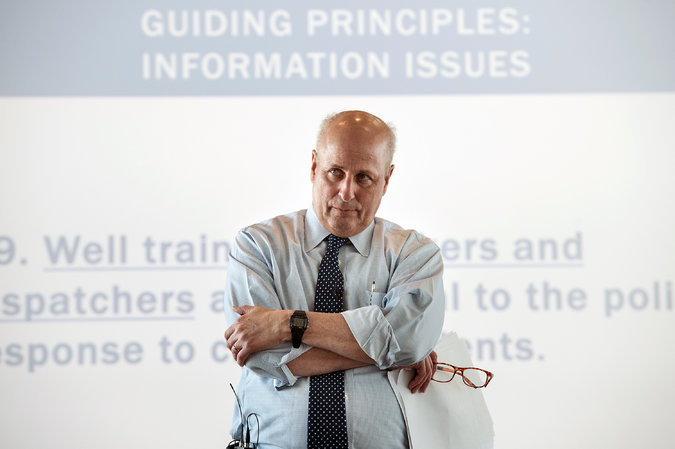 
But his call has provoked some negative reactions. The Fraternal Order of Police and International Association of Chiefs of Police issued a statement, rejecting the proposal: “Reasonable use of force in any given situation must be at the discretion of a fully sworn and trained officer.”

The principle that force should be evaluated from an officer’s perspective received the Supreme Court’s endorsement in a 1989 decision holding that such encounters ought to be “judged from the perspective of a reasonable officer on the scene, rather than with the 20/20 vision of hindsight.” Since then, a series of subsequent Supreme Court rulings have expanded officers’legal protections.

Many officers say this is appropriate given the realities of the job: They are issued guns and obligated to confront danger and unlawful behavior. Forced to make split-second decisions during sometimes chaotic encounters, the police deserve significant protections under the law, especially when things do not go as planned, supporters of the legal standard say.

“Being a police officer is a very dangerous job,” Mr. London, Officer Haste’s lawyer, said, “and danger comes upon you instantaneously.”

Still, the legal standard, has been interpreted by one federal appeals court even to permit the shooting of unarmed, innocent people who are seeking to comply with the police. In that case, a man was shot three times while reaching his back pocket, not for a gun, as an officer feared, but to turn off his Walkman. In the years since that 1991 shooting, prosecutors have accepted that the legal standard not only countenances mistakes, but also poor judgment by officers.

“Mistake, panic, misperception or even poor judgment by a police officer does not provide a basis for prosecution,” the Justice Department noted in its report explaining its decision not to seek charges against the Ferguson officer who killed Mr. Brown in 2014.

And it could well shield the officers involved in the two police shootings of black men currently troubling the nation, in Falcon Heights and Baton Rouge. “Those would both be hard prosecutions to bring because in both cases the victims were actually armed,” said Paul Butler, a Georgetown law professor and former federal prosecutor. “The law gives a lot of deference to police officers.”

State laws do vary. Minnesota, where the aftermath of the shooting death of Mr. Castile was streamed live on Facebook, has one of the most restrictive laws, permitting deadly force “only when necessary to protect the peace officer or another from apparent death or great bodily harm.”

Other states, like Ohio, have no specific law, so prosecutors there, after 12-year-old Tamir Rice’s 2014 death, used the Supreme Court standard. New York law largely tracks that standard, citing the perspective of a reasonable officer.

While the current legal standards for evaluating police shootings are unlikely to change significantly, some civil rights lawyers say there is some room for adjustments written into the law itself. If police departments raise training standards and add restrictions to use-of-force policies, the perspective of a so-called reasonable officer might evolve as well, and so will the line between lawful and unlawful shootings.

“I think there is a setting of standards within the profession, and that the courts eventually will catch on,” Vanita Gupta, who runs the Civil Rights Division of the Justice Department, said in a report published by the Police Executive Research Forum.