Inside Chernobyl: Pictures show chaotic scenes inside world's most notorious nuclear plant after looting Russians fled and took more than 100 Ukrainian prisoners with them 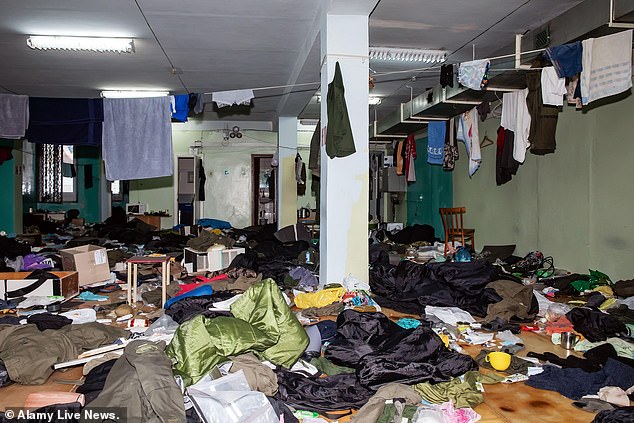 Hostage staff at the Chernobyl nuclear plant were forced to steal fuel from Russian invaders to prevent 'catastrophe' as Ukrainian officials claim the Kremlin's soldiers looted the plant for personal belongings and took off with 169 prisoners.

Photos from inside the site of the nuclear 1986 disaster show ransacked rooms meant to house plant staff, which are said to have been cleared of 'money, valuables' and 'laptops' by Russian soldiers who searched for goods 'like dogs'.

Russian forces are also said to have dug trenches in the highly contaminated Red Forest, which sits in the exclusion zone, and brought radioactive particles back with them.

Authorities claimed that the plant was handed back to Ukrainian forces last week, after being occupied by Vladimir Putin's troops since the beginning of the invasion on February 24.

For a time they prevented staff maintaining facilities there from leaving or being spelled off by other workers.

According to Ukrainian Interior Minister Denys Monastyrskyy, 169 Ukraine National Guard Soldiers who guarded the site were locked in an underground nuclear bunker for a month with no access to natural light, fresh air or information.

It is not known where they are now, but he suspects they may have been taken to Russia via Belarus.

He told CNN: 'They were kept here for 30 days without sufficient lighting and food. They were not allowed outside. On the last day they were taken away from here to an unknown direction. Today we know nothing about their fate unfortunately. 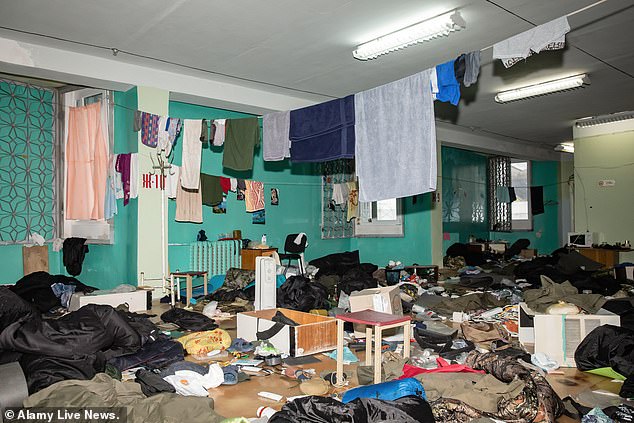 It is not known where they are now, but he suspects they may have been taken to Russia via Belarus.

An engineer at the facility also told of tireless negotiations which staff had to undergo with Russian forces to ensure safe running of the plant.

Valeriy Semonov told the BBC: 'We had to constantly negotiate with them, and try hard not to offend them, so that they allowed our personnel to manage the facility.'

Mr Semonov said in one instance he ended up having to steal fuel from the Russians when power to the station was cut off for three days because results could have been 'catastrophic'.

He added: 'Radioactive material could have been released. The scale of it, you can well imagine.

I wasn't scared for my life. I was scared about what would happen if I wasn't there monitoring the plant. I was scared it would be a tragedy for humanity.'

It comes as drone footage taken from the exclusion zone around the Chernobyl nuclear power plant appears to have confirmed reports that Russian troops dug trenches and fortifications in some of the most irradiated parts of the region.

Reports from the infamous plant - which was the site of the 1986 disaster - show ransacked rooms in which plant staff slept, said to have been cleared of 'money, valuables' and 'laptops'

The footage, which has been geolocated and widely shared on social media, shows mounds of disturbed earth and fortifications dug on the outskirts of the Red Forest, just a few miles west of the Chernobyl plant.

After the drone camera zooms out from the abandoned Russian positions and pans out, the ominous steel confinement dome that encapsulates the destroyed reactor can be seen in the distance.

The Red Forest sits firmly inside the inner exclusion zone around Chernobyl, and was the area most heavily affected when the No. 4 reactor exploded in 1986, causing the world's worst nuclear accident.

It is considered so highly contaminated that even the nuclear plant workers are not typically allowed to go there.

There have also been reports of Russian soldiers bringing in radioactive material from the forest back with them.

Ukrainian solider Ihor Ugolkov told CNN that radiation has increased since they came, and officials also claim it's a result of small particles and dust brought back in.

Mr Ugolkov said: 'They went to the Red Forest and brought radioactive material back with them on their shoes.

'Other places are fine, but radiation increased here, because they were living here.

'They went everywhere, and they also took some radioactive dust on them (when they left).' 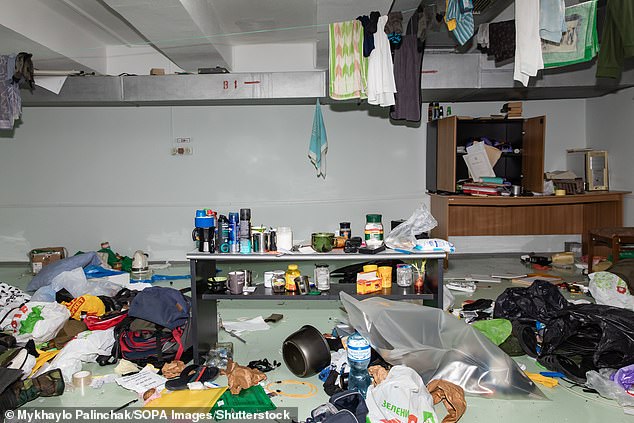 Denys Monastyrskyy told CNN : 'They were kept here for 30 days without sufficient lighting and food. They were not allowed outside' 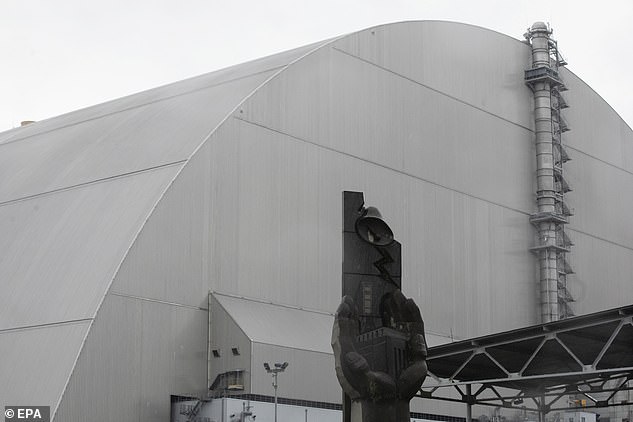 Authorities said the site was handed back to Ukrainian forces last week, after being occupied by Vladimir Putin's troops since the beginning of the invasion 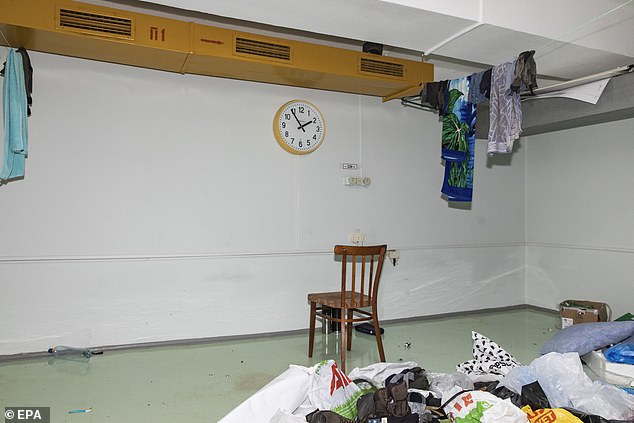 Last week, Ukraine's state nuclear energy company Energoatom reported that several Russian troops had been evacuated from the forest to Belarus for acute radiation syndrome (ARS) treatment - though this is yet to be verified by the International Atomic Energy Agency (IAEA).

The last contingent of Russian troops retreated from their positions around Chernobyl on Friday last week, handing control of the territory around the power plant back to Ukraine for the first time since the start of the invasion on February 24.

Rafael Grossi, the head of the IAEA, said last week he would be leading a mission to the Chernobyl as soon as possible to ascertain the damage caused by Russian troops and to ensure the plant safety protocols for storing nuclear waste have not been disrupted.

'I will head an assistance and support mission to the Chernobyl Nuclear Power Plant as soon as possible. It will be the first in a series of such nuclear safety and security missions to Ukraine,' Grossi said.

The Kremlin is yet to recognise the reports of its soldiers suffering ARS and has not commented on the withdrawal of its troops from Chernobyl.