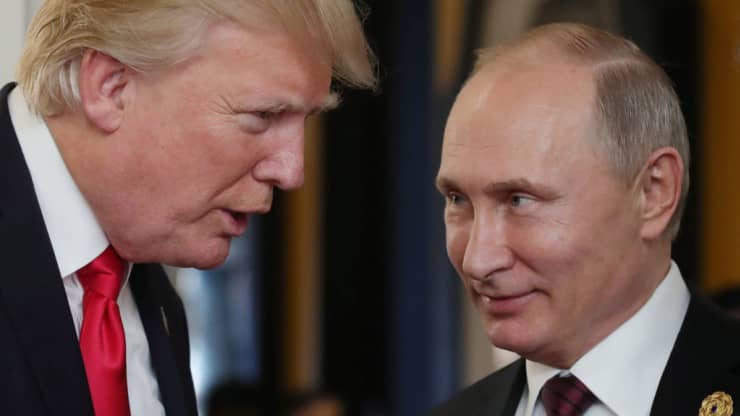 While phoning into ‘Varney & Co,’ No. 45 not only alleged that current US President Joe Biden has done very little to halt fast-rising gas prices and save lives in the Russian-Ukrainian war, but also spoke on his relationship with Putin. In the conversation, Trump also advised Biden on how to stop Putin from gaining additional momentum and prevent him from accessing his nuclear weaponry.

On his call, Trump said, “I listen to him constantly using the N-Word. That’s the N-Word and he’s constantly using it, the nuclear word…We say, ‘Oh, he’s a nuclear power,’ but we’re a greater nuclear power. We have the greatest submarines in the world, the most powerful machines ever built and they got built under me. The most powerful machines ever built and nobody knows where they are. [Biden] should say, ‘If you mention that word [nuclear] one more time, we’re gonna send over and we’ll be coasting back and forth, up and down your coast. You can’t let this tragedy continue. You can’t let these, these thousands of people die.” #Socialites, thoughts?

Guess the doors are open for him..

Can imagine what Trump calls his Black supporters behind closed doors.