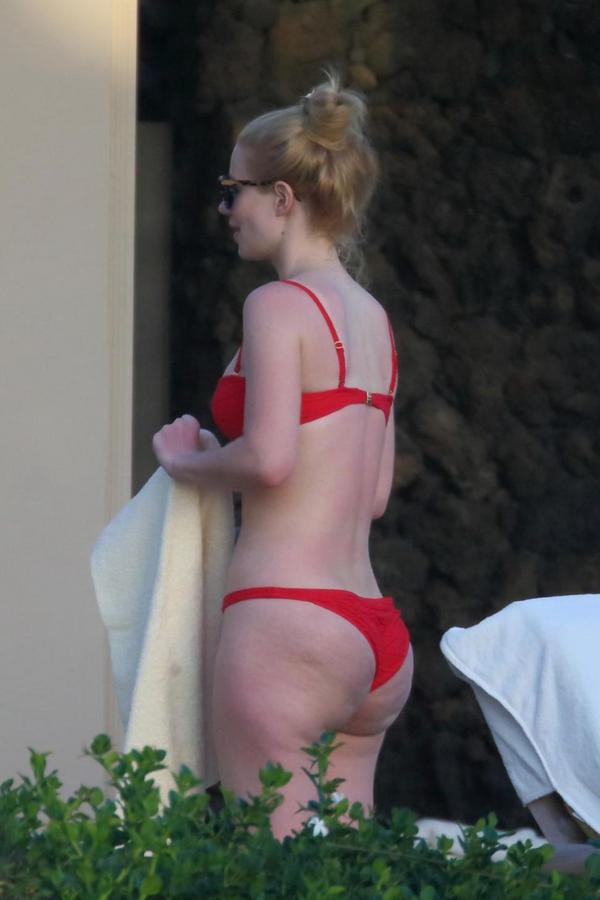 Iggy Azalea has had enough. The Australian rapper recently vacationed with boyfriend Nick Johnson. A photo that was snapped of her in a red bikini drew criticism because she has some cellulite in her butt.

"Just got back from a great vacation, came online and saw apparently it's shocking and unheard of to be a woman and have cellulite. Lol," Iggy wrote on Twitter Wednesday, February, 18.

She then went on to say that she would be leaving social media. Read what she had to say below. 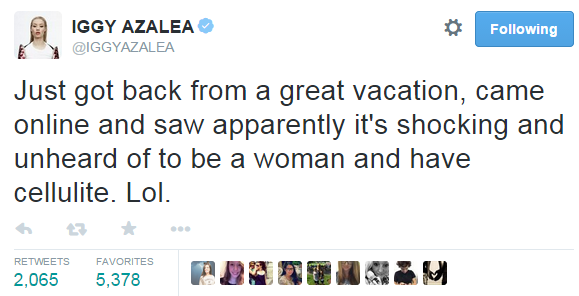 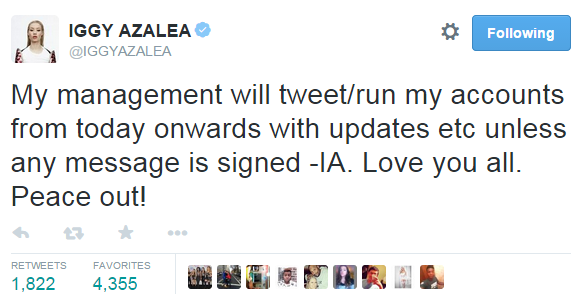 Comment by Karyn on March 1, 2015 at 2:36pm
Oh mama negro HO, you haven't p***** me off. I laugh at jealous NE HOS like you.... That cracker has all the NE HOs p***** off! Now please go shave your armpits, wash your weave, get the fried chicken smell off of your breath and stop being a hater! Every word you type, shows how ignorant you truly are. You're mad you're just a cold terd on a paper plate! Buh buy stank face!

WTF did you expect Iggy?

Iggy goes on the radio to be interviewed by radio hosts whose job is to get as much information and gossip as possible.  Most of us wouldn’t even see this story if it wasn’t Iggy put out there in the news cause ain’t nobody wasting time on social media like that.  Damn I don’t even want to read old stories that CF pile on top of each other.

Iggy talks a lot of crap of the radio, talk to friends and industry people and she told someone near and dear to her heart (or so she thinks) about her vacation and they were close enough to take this picture.  This is the real Iggy without photoshop and she mad cause she got caught with her pants down.  Truth hurts.

But naw, its more than that, Iggy got something to hide so she shutting down the s*** down before all the real skeletons fall out the closet.  Now Iggy going to use some reverse psychology bullsh-t to blame social media for her own big mouth and her business she talks about on the radio, her friends, and industry peeps.  Which dumb ass ignoramus fall for that?  B**** you crazy.

Comment by Karyn on February 22, 2015 at 1:58am
Mama HO you are the prime example of a true racist! You are one of the people that keep racism alive but the first to cry about racism.... SMH no words! Disgusted....... What a joke!

Comment by MamaJo on February 21, 2015 at 6:25pm
Bye Felicia IGGY TAKE cracker john Smith WITH YOU. DON'T COME BACK.

Like I said in my comment, this site is a perfect example. Racist comments from the fat ugly c*** MAMAHOE..