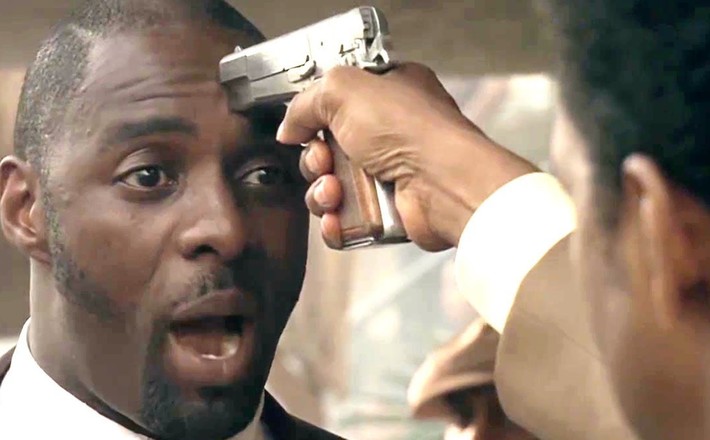 In the movie, his character, Tango, who tries to short drug trafficker Frank Lucas on his money. Frank pulls a gun to his head and Tango goads him to shoot him in the middle of the street--- and Frank does.

"What happened was, I said to Idris 'Listen, when he puts the gun to your head lean on the gun’–because by the way this is a gun with a solid barrel, there is no aperture. I would never risk it–but when you pull the trigger there's a recoil, there's no blank, nothing," he said.

"He pulled the trigger and it goes 'Bang!' Idris thought he'd been shot and dropped to the sidewalk and said 'I've been shot!'"

After Alec Baldwin accidentally shot and killed a crew member, sets may not be using real guns for movies for much longer.