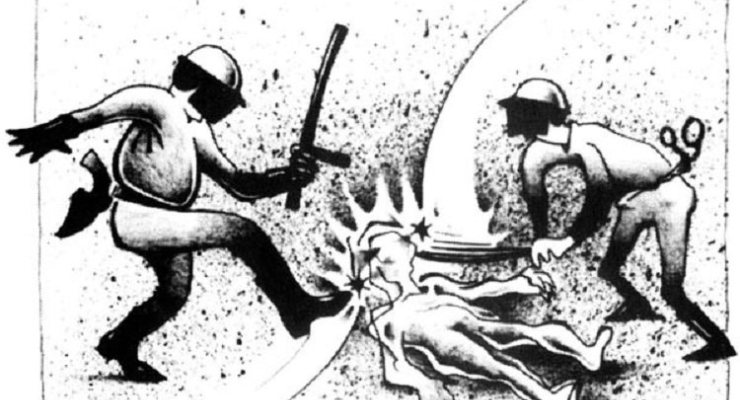 It’s rare that you see that sort of statement from a police chief quoted in a newspaper. Not so much because it’s rare for police to feel that way, but more so because most of t hem know enough not to be that honest about how they feel. But not Homer, La. Police Chief Russell Mills, who believes that the key to lowering crime in a community lies in harassing and beating up every black person in that community, even if they didn’t do anything and especially if they are young and have friends:


“If I see three or four young black men walking down the street, I have to stop them and check their names,” said Mills, who is white. “I want them to be afraid every time they see the police that they might get arrested.”

Which is why it isn’t that surprising when two of his officers ended up under investigation back in 2012 ....

On the last afternoon of his life, Bernard Monroe was hosting a cookout for family and friends in front of his dilapidated home in this small northern Louisiana town.

Throat cancer had left the 73-year-old retired electric utility worker unable to talk, but family members said he clearly was enjoying the commotion of a dozen of his grandchildren and great-grandchildren cavorting in the grassless yard.

Then the Homer police showed up, two white officers whose arrival caused the participants at the black family’s gathering to fall silent.

Within moments, Monroe was dead, shot by one of the officers as his family looked on…

“He just shot him through the screen door,” said Denise Nicholson, a family friend who said she was standing a few feet away. “After [Monroe] was on the ground, we kept asking the officer to call an ambulance, but all he did was get on his radio and say, ‘Officer in distress.’ ”

The witnesses said the second officer picked up a handgun that Monroe, an avid hunter, always kept in plain sight on the porch for protection. Using a latex glove, the officer grasped the gun by its handle, the witnesses said, and ordered everyone to back away. The next thing they said they saw was the gun next to Monroe’s body.

“I saw him pick up the gun off the porch,” Marcus Frazier said. “I said, ‘What are you doing?’ The cop told me, ‘Shut the hell up, you don’t know what you’re talking about.’ ”

Homer police maintain Monroe was holding a loaded gun when he was shot, but would not comment further.

All of which was preceded by them chasing after that man’s son, who equally unsurprisingly, was in no hurry to be questioned by them, in spite of the fact he wasn’t wanted for anything at the time. Seems that Chief Mills has accomplished his goal.