I Love My Husband, But Here's Why I Want to Cheat

I'm one of the lucky ones: I'm married to my soul mate.

The first time I ever saw Nige, my heart caught in my throat and my stomach dropped faster than you can say "love at first sight." I was captivated, awed and knocked sideways by the depth of my attraction to him.

We met during a life-changing workshop. He was an assistant, I was participating. Having clawed my way to life over the previous two year from an disorder that ravaged my soul and filled me with shame, I had learned to practice radical honesty -- especially when I didn't want to.

"Secrets keep you sick," my mentors said. I didn't want to be sick, so I went against all my instincts and told Nige and the group members in the therapeutic community he was co-leading of my attraction.

There was never an agenda for me other than to feel better.

My commitment to honesty means that I share the secrets and dark thoughts that would otherwise quietly eat away at my sense of self-trust and integrity.

Today, my secret is this: I love my husband, but I often want to cheat.

Recently, I met K while walking the dog. We just... clicked. The conversation flowed easily, we shared doggy jokes and I walked home a little taller, a little bit excited. I checked in with myself: Do I fancy this man? The answer was a resounding 'No.' I wasn't physically attracted to him.

Yet, I was happy when we bumped into each other on the field from time to time. I lingered longer than I normally would. He seemed kind of troubled, unclear about his life. His dissatisfaction with the world, his relationship and himself leaked out through seemingly innocuous comments. No, I wasn't attracted.

Then, one day, we spent two hours together. The evening was chilly. Normally I would have gone home, but I didn't. Neither did he. We just... stayed. Talked, joked, hung out. 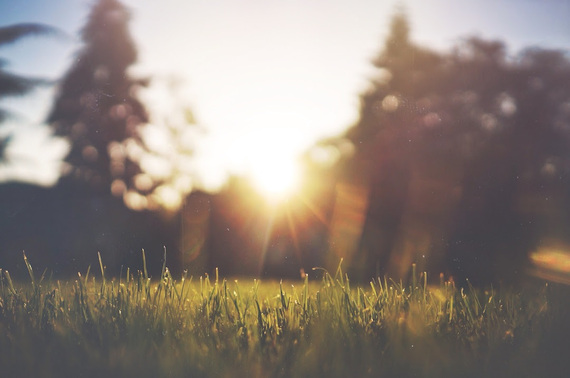 A fellow dog walker asked us if we were married. Alarm bells went off. I thought of Nige and a quiet guilt nagged at me. This had become a secret.

Over the following days, I obsessed over K, wondering whether I'd see him. I was confused -- I wasn't attracted to this man physically, yet I was getting off on the idea that he liked me.

Here's what I don't want you to know: I started walking Molly past his house, hoping to "accidentally" bump into him.

I "coincidentally" walked the dog at the time he walked his -- 6 p.m.. I felt disappointed each time I didn't see him.

His name even came to mind while my husband and I were having sex. I mentally ejected him from my thoughts -- I wasn't even attracted to him, and I had never fantasized about anyone else while being intimate with Nige.

The cumulative impact of these behaviors -- these secrets -- on my sense of integrity was indubitable.

I felt guilty and ashamed of myself.

I also felt scared: Taking the next step felt so... easy. So close. I knew that I could up the ante just a little bit and find myself in deep waters.

It frightened me that my hunger for a cheap thrill had the power to overshadow the vows I took on March 16, 2012. To throw away the trust, intimacy and love that we'd worked so hard to build felt unnervingly easy, so easy to throw away.

What was happening in my marriage, that this might be sparked?

Little things. A courageous conversation or two was needed, but it was nothing drastic -- honestly.

What was happening in me, that this might be sparked?

Ah. Here is where the juice was.

I was afraid of love. I know it might look like I was looking for love, but I was really following what A Course in Miracles describes as "the ego's dictate": seek and do not find.

What drove this attraction, as it has done many others before, was a hidden belief that love is dangerous. That if I fully dive into my love for my husband, it will engulf me, swallow me whole. There'll be no "me" left. Just like when I was a young girl and my mum's alcoholism drowned the whole family in her sorrows.

What drove this attraction was the possibility that I might be deeply, unwaveringly loveable. That it might actually be possible to be in love, on purpose and successful.

What drove this attraction was a subconscious drive, handed down through generations of women in my family, to sabotage happiness and push love away. I'm one of the lucky ones, married to my soul mate. This cannot possibly last. I must create trouble at base camp.

The work I live by and teach reminds me daily that I have a choice about who I want to be in the middle of my struggle. Deny what is happening inside of me, and I set myself up for a fall.

Tell the truth, and I make way for love.

So I shared it with Nige. All of it. It was hard. I felt swamped with shame. But I did it anyway. I probably saved my marriage in the process, and I'll do it again if I have to.

I want to cheat on my husband some days.

But I want to know him, and to be known by him, more than I want to prove my fears right.

And that, my friends, is why I tell the truth. 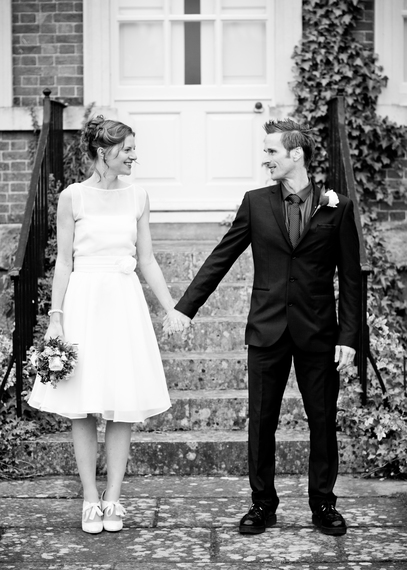 Scientist create 1st EVER HUMANZEE, A CROSS BETWEEN MAN and CHIMPANZEE

NYPD Cop Pistol Whips Unarmed 16-Year Old Boy After He Surrenders. While His Partner Punches Him, Knocking Out Several Of His Teeth {VIDEO}

{VIDEO} When you are stealing SEX outside, don't ONLY look around but make sure you look UP!

EBOLA In BROOKLYN??? Teen Hospitalized After Showing Symptoms Of The Fatal Virus Following Trip To Sudan, He Lied To Officials About Being Sick So He Could Fly Home

Thousands dead... but it's a dog that sparks an outcry: Spanish Ebola nurse's pet Excalibur is PUT DOWN over fears it could transmit the disease, as crowd of animal lovers chants 'murderers'

Lil Boosie Says “African-American Is The Worst Race In The World"!

Transsexual prisoner claims she had a 'sexual affair' with O.J. Simpson behind bars and may have given him HIV

The vaginal orgasm doesn't exist - it's the clitoris that holds the key to female pleasure, study claims

Wow.. The Simple Cure For Ebola.. Gov't is Rejecting.. Doctor Talks About it On Video..

come on hurry and cheat already i love married women, do the damn thing, you can explain it later, im here for you lol

What a bunch of bullshit.  Some people really have a whole lot of idle time on their hands.  Not even worth reading through this whole harlequin romance bullcrap.  Hey lady, look around you.  Do you realize that this world really have some serious issues in need of resolutions?  Your wet panties is not something the world needs to hear about.  Try carrying around a pocket dick and go test your novel writing skills some where else.

Comment by GospelPan on October 13, 2014 at 7:40pm
@gina, the only person she should have "feelings" for is her husband; don't get me wrong people may harmlessly flirt from time to time.

However, feelings are not like flirting , they are deeper than that. She claims Her husband is her soulmate , yet he's not enough for her...she is too busy chasing behind another man , hot with lust. This is not harmless, it's dangerous and even though she claims she didn't do anything , her husband will not trust her anymore.

I just love CF community. Lots of real intelligent people here. Not sure why you are telling your personal story in a public forum even given dates. You are just a good writer who fantasies on things which you should not be doing as a married women. You are a real opportunist that's all you are nothing else. You are not in love with your husband and you know that. Don't come here looking for pity. Just go live in Hollywood because you are no good. I hope your husband Nige and K read your writings and see that you are just a selfish bastard.

Comment by Big Woman on October 13, 2014 at 12:50pm
Big up my sista @Msluckyhall! Hope u had a great summer.
Everybody's comments are on point. I think we have some great partners in our CF community. Its so hard to find love and when you do its a precious thing, treat it as such.