I get why Doja Cat called it quits

This public explosion is not unlike what we’ve seen in recent years from Naomi Osaka and Simone Biles—incredibly successful people who suddenly reveal they're stressed out by the world and need a mental health break. 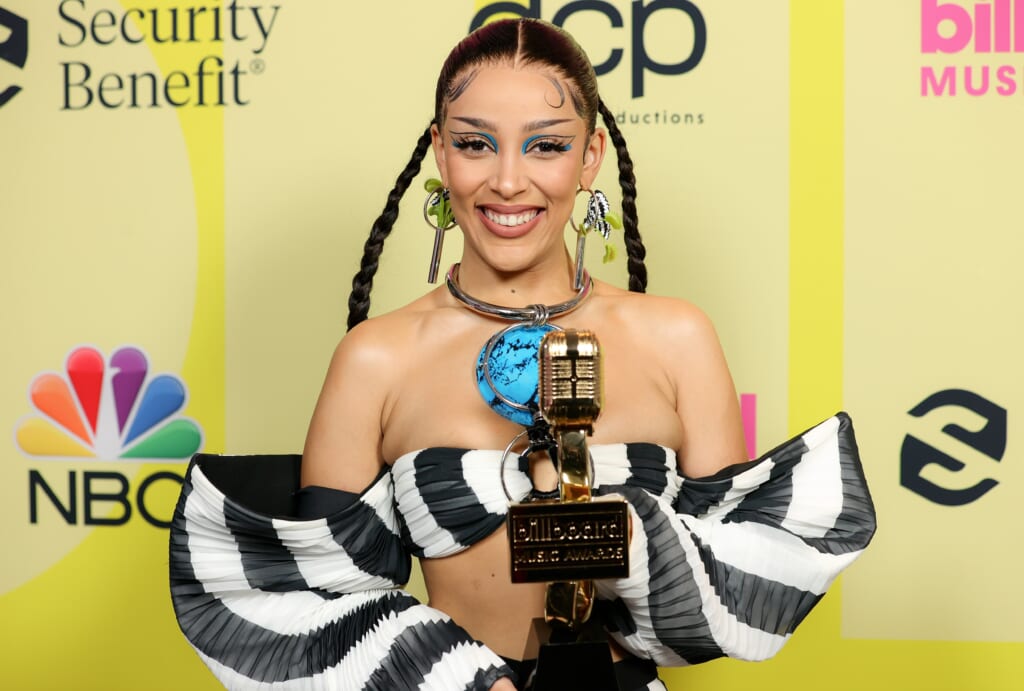 Doja Cat has announced through a series of tweets that she is quitting the music business.

“i f—-in quit,” she wrote. “i can’t wait to f—ing disappear and i don’t need you to believe in me anymore. Everything is dead to me, music is dead, and i’m a f—ing fool for ever thinking i was made for this this is a f—ing nightmare unfollow me.” 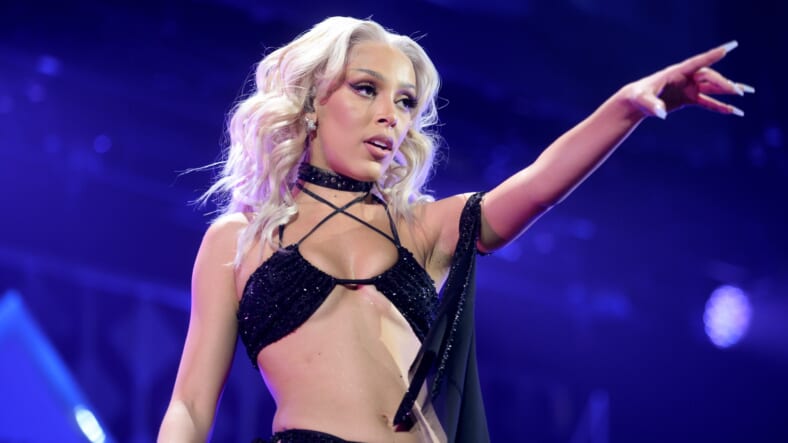 It was a raw and honest expression of her anger and frustration of the sort we don’t normally see from celebrities. I don’t know if she’s truly going to quit the industry that she dreamt of getting into, an industry that helped her make over $9 million last year.

I wouldn’t be surprised if she recants at some point, but I don’t think the real point here is whether or not she’s truly done. For me, in these tweets, we see Doja Cat, an incredibly successful woman, expressing the same stresses and frustrations that most major recording artists feel. They’re highly scrutinized for every decision and under a lot of pressure to make every fan happy.

In a world where social media lets anyone shout at anyone and lets anyone hear anyone, any fan can tell Doja Cat she looked bad, she did a bad job, she’s fallen off, whatever. If you think these comments don’t affect artists because they’re successful, you don’t understand artists. I recently spoke to a rapper who’s still upset about a short, negative record review I wrote of an album he made. It came out over 20 years ago.

In her Twitter feed, Doja Cat apologized for a subpar show in Brazil. She clearly felt bad about it. But fans continued to needle her and refused to accept her apology. In the social media world, it’s the upset minority that rules, never the happy majority, and when a few unhappy fans said they were still mad about her Brazil show, she turned defensive, and then she snapped.

Yes, many recording artists have a dream life, but surely we’ve learned that just because someone’s life looks great from the outside, it does not mean they’re not depressed or stressed or suffering in some way. We can want to live like Doja Cat—making millions while singing and rapping and traveling the world—while also understanding and respecting that her life is filled with stress. Being a recording artist is like having one million bosses or one million judging eyes on you at all times.

I’m surprised more artists don’t explode in public and/or threaten to quit the industry. They spend a ton of time trying to imagine new songs, new looks and new themes that will keep them relevant. If they fail, it could be the end. They tour month after month, with an endless stream of buses, bad food, sleepless nights and early morning hotel check-ins until they can barely remember what city they’re in.

They often say they feel like they belong to the world rather than to themselves because everywhere they go, someone wants a piece of them—a selfie, an autograph, a conversation. In the age of social media, any critique of an artist’s show or clothes can be seen by the masses. Indeed, for some, it’s like almost every single waking moment is spent onstage because as soon as they leave home or the hotel room, there are fans and paparazzi taking photos and following them. Yes, many people have much harder lives, but when we view someone like Doja Cat as having a perfect life, we are missing the reality.

I suspect this public explosion is not unlike what we’ve seen in recent years from Naomi Osaka and Simone Biles—incredibly successful people who suddenly reveal they’re stressed out by the world and need a mental health break. This moment also recalls Lauryn Hill’s breakdown that led to her semi-leaving the music business.

I feel for Doja. She’s clearly struggling with the weight of the position she’s reached in her career, but her status is so lofty that no one will feel bad for her. We want artists to make us want to be them. They can be sad about a breakup, but being hurt about the difficulty of being an artist isn’t something people want to hear about.

Can't she go independent?  Because she makes great music!!

it's time for her to pay the piper to reach the next level. They dangled the carrot and she got a taste. Now let's see what you really want to do to get to the next level. Sex tape??? Sacrifice??? Something ritualistic??? She says no so...adios muchacha!!!