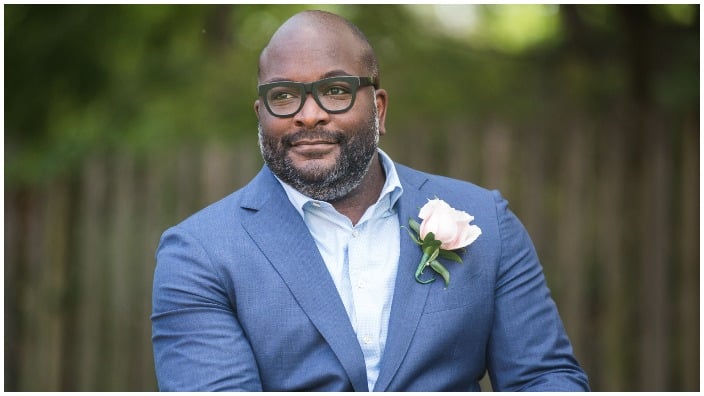 The mayor of Hyattsville, Maryland, Mayor Kevin Ward, has passed away at age 44 from an apparent self-inflicted gunshot wound, the City of Hyattsville said in a statement.

“Mayor Ward was a valued and trusted leader and a fierce advocate for all the people of Hyattsville. We are heartbroken at this loss and extend our deepest sympathy to the Mayor’s family,” the statement reads.

Ward’s body was found in Fort Marcy, a park in McLean, Virginia, by United States Park Police officers, according to WJLA.

He served as interim mayor in 2019 before being elected to the position in 2021.

Ward reportedly leaves behind a husband and two sons.

“It is with great sadness that we report that our beloved Hyattsville Mayor Kevin Ward passed away yesterday, January 25, from an apparent self-inflicted gunshot wound,” a post on the official website for Hyattsville said on Wednesday. “Mayor Ward was a valued and trusted leader and a fierce advocate for all the people of Hyattsville. We are heartbroken at this loss and extend our deepest sympathy to his family.”

“The First Lady and I are saddened to learn of the passing of Hyattsville Mayor Kevin Ward,” Maryland’s Republican Gov. Larry Hogan tweeted. “We extend our most heartfelt condolences to the Ward family and the people of Hyattsville as they grieve this tragic loss.”

“I am so sad to hear this news. Mayor Ward was more than just a municipal leader in my District, he was my friend. My heart is heavy right now. His partner and his children are in my prayers right now,” tweeted State Del. Nicole Williams (MD-22).

The city did not immediately announce funeral details.

Per the city’s official website, community members in need of grief counseling or mental health support are encouraged to contact Community Crisis Services Inc. (dial 211 and press 1), or call 800-273-TALK, or the Affiliated Sante Group crisis support line at 301-429-2185.

Sometimes I think ppl who do suicide are bold. yet i don't encourage it..

Comment by James on January 29, 2022 at 11:02pm
He may have realized being with a woman is the rt ting and said forget it fagz go u

oh they killed him

For some strange reason, I'm not buying the story this brother committed suicide.  I don't know too much about the brother or his policies, but I ain't buying the story.  He probably rubbed someone the wrong way, didn't do or say what they told him to do, and next, he commits suicide.  Isn't always suicide.