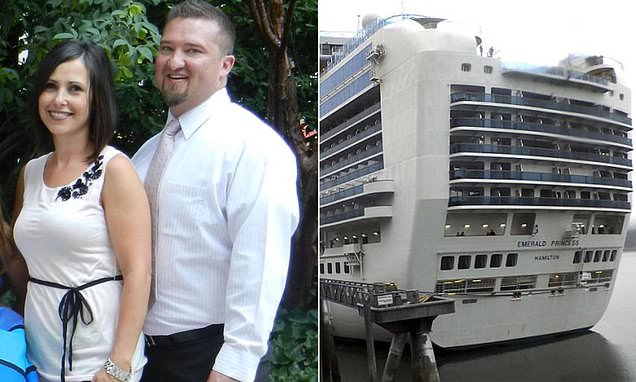 A husband has been jailed for 30 years for battering his wife to death in front of their children on a cruise to Alaska to celebrate their 18th wedding anniversary.

Kenneth Manzanares, 43, from Utah, was sentenced to 30 years in federal prison Thursday, followed by five years of supervised release after pleading guilty in February 2020 to second-degree murder of his 39-year-old wife Kristy Manzanares.

Manzanares viciously beat Kristy to death onboard the Emerald Princess cruise ship in July 2017 where the couple were holidaying with their three daughters and extended family.

Afterwards, he tried to blame Kristy for laughing, with passengers so stunned by the on-board bloodbath that many mistook it for a dramatized murder mystery that had been laid on as entertainment.

The spouses had gotten into an explosive argument in their room and Kristy told her husband she wanted a divorce. 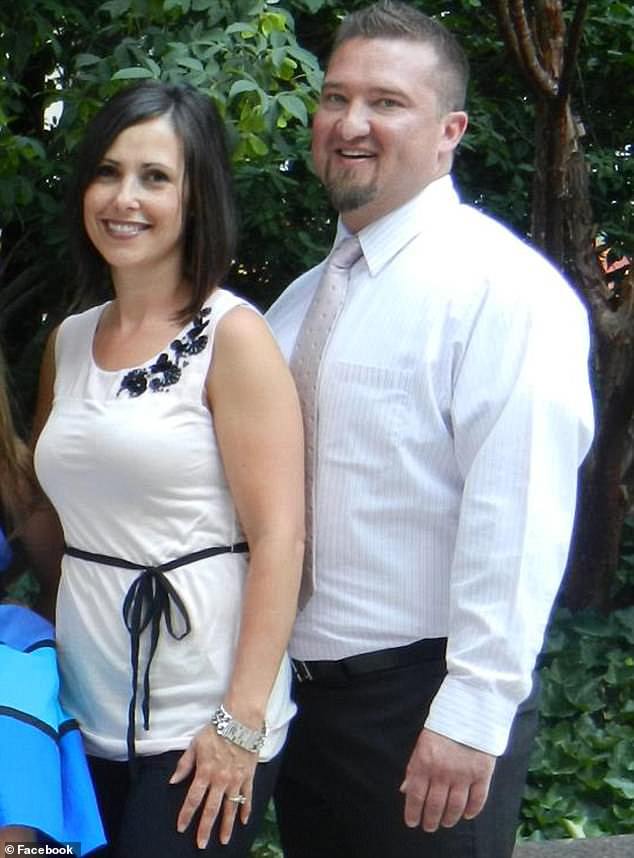 A husband has been jailed for 30 years for battering his wife to death during an Alaska cruise, where passengers first thought the bloodbath was part of the ship's Sherlock Holmes murder mystery night. Kenneth Manzanares and his wife Kristy Manzanares 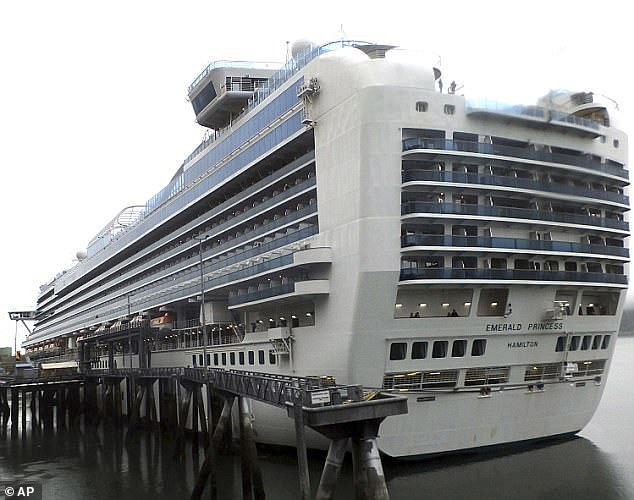 Manzanares looked back briefly toward where two of his daughters sat in the courtroom as the ruling was read out.

His attorneys said in a court filing he had brain abnormalities that a defense expert deemed consistent with injuries caused by playing contact sports.

This, combined with what was at the time an undiagnosed bipolar disorder and 'a problematic combination of prescribed medication and alcohol resulted in an aberrant episode of violence,' the filing states.

Manzanares played football, wrestled and boxed when he was younger and had a history of 'testosterone supplementation,' the filing stated.

But Burgess said there was competing evidence offered about Manzanares' culpability and that experts had failed to show what factors led to the crime, leading the judge to slap him with a 30-year sentence.

The plea agreement Manzanares signed allows for an appeal of 'the reasonableness' of the sentence. 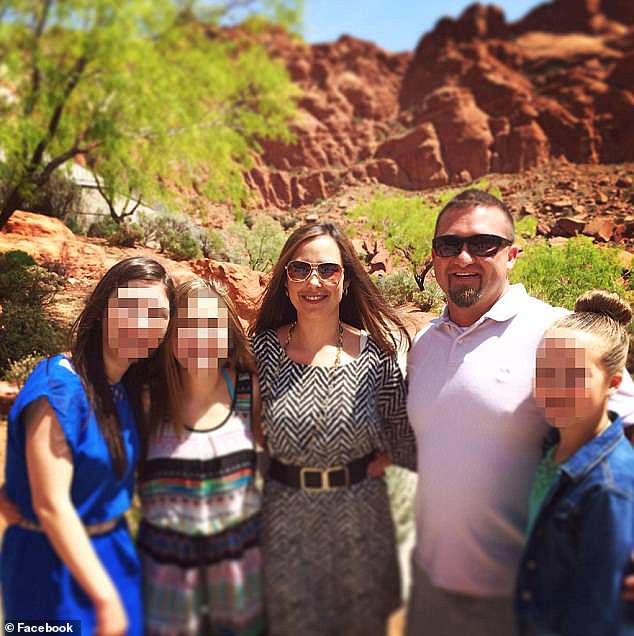 Manzanares, Kristy and their three daughters. Two of their daughters heard their mom screaming and saw their father pounding her head with closed fists

Prosecutors, who had asked the judge to sentence him to life in prison, welcomed the decision.

Acting US Attorney Bryan Wilson of the District of Alaska said in a Justice Department release that the murder was 'not a random act of violence but a chilling neglect for human life.'

'While today's sentence will not bring Kristy back to her family and friends, we hope it provides a sense of justice for this heinous crime and brings some closure to those who knew and cared about her,' he said.

Prosecutors had sought a life sentence, describing graphically in court documents and arguments the beating that was witnessed in part by two of the couple's children.

They had disputed the defense's medical claims and described Manzanares' actions as the intentional actions of a domestic abuser.

Assistant US Attorney Jack Schmidt sought to paint Manzanares as a bully who has had anger issues, and the act as triggered by his wife saying she wanted a divorce on the night she was killed.

Prosecutors also said Manzanares had admitted restraining his wife in the past and punching holes in walls.

The judge had heard from several of Kristy's family members prior to the sentencing. 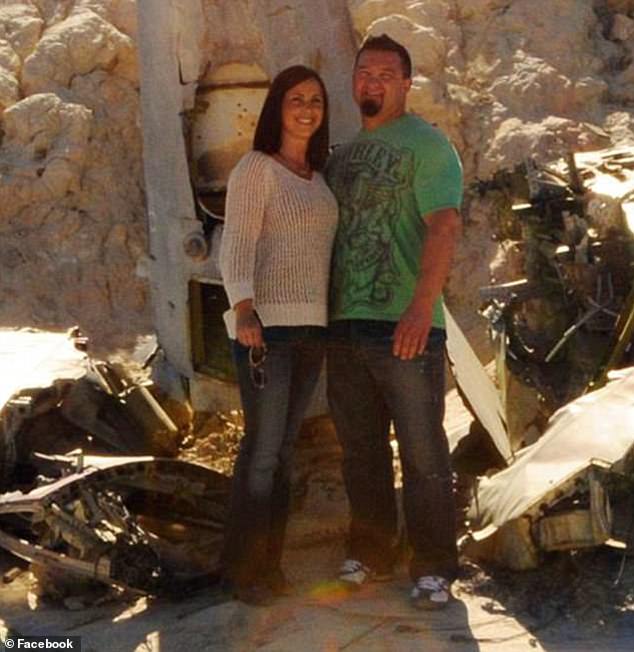 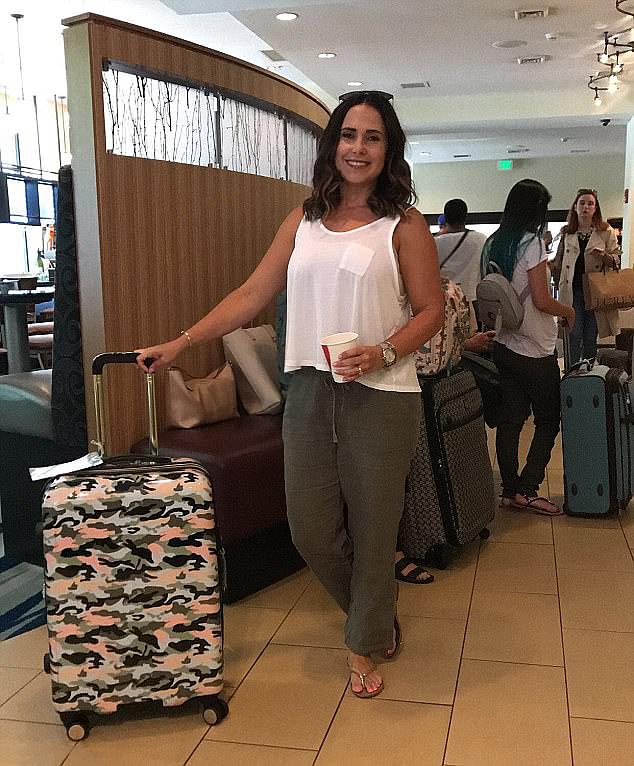 Kristy's father Jeff Hunt asked the judge Wednesday to send his daughter's killer to prison for the rest of his life, saying he hoped Manzanares 'gets what he deserves.'

Two of the couple's daughters also spoke. One of their daughters Kamryn Manzanares closed her statement to the court by telling her father she loved him.

Manzanares' attorneys said in court filings while his children hold him responsible, 'they also understand that his impairments played a major factor in the events that occurred, and they have already lost one parent.'

The court also heard from Manzanares who broke down in  tears saying he loved his daughters and wife and describing Kristy as his 'soul mate.'

He said he was sorry for murdering her and hoped over time he could be forgiven.

Kristy's brother Cody Hunt walked out of the courtroom before Manzanares spoke.

The family, including her father and two brothers, set off on the cruise on July 24 2017 to celebrate Manzanares and Kristy's 18th wedding anniversary.

On July 25 - the night after they set sail - the couple got into a verbal argument inside their cabin, according to his admissions in the plea agreement.

Two of their daughters were inside the cabin at the time.

The argument came about over Manzanares behavior that evening.

During the fight, Kristy told her husband she wanted a divorce and told him to get off the ship in Juneau and travel back home to Utah.

At this point, Manzanares told their two daughters to leave the room and they both went into an adjoining relatives' cabin.

A few minutes later, the daughters heard their mom screaming from the cabin and tried to get to her but were told by their father 'don't come in here.'

They went to the connected balcony and saw their father straddling their mother on the bed while pounding her head with closed fists. 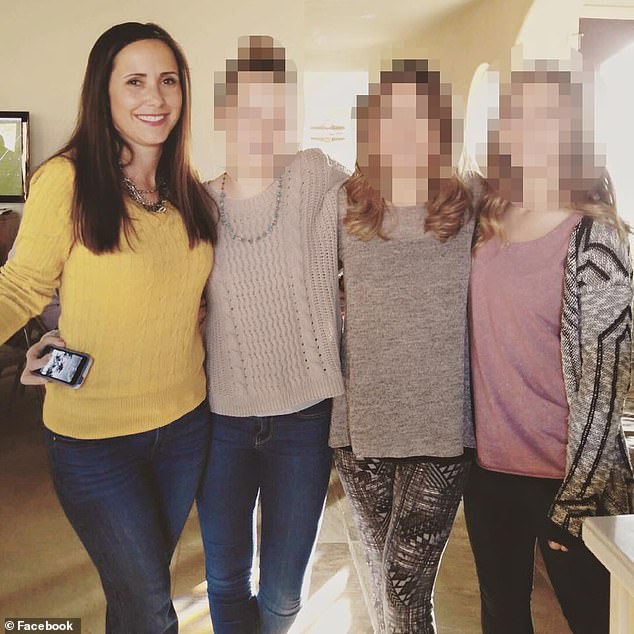 Kristy pictured with their three daughters. Two of their daughters were in court Thursday 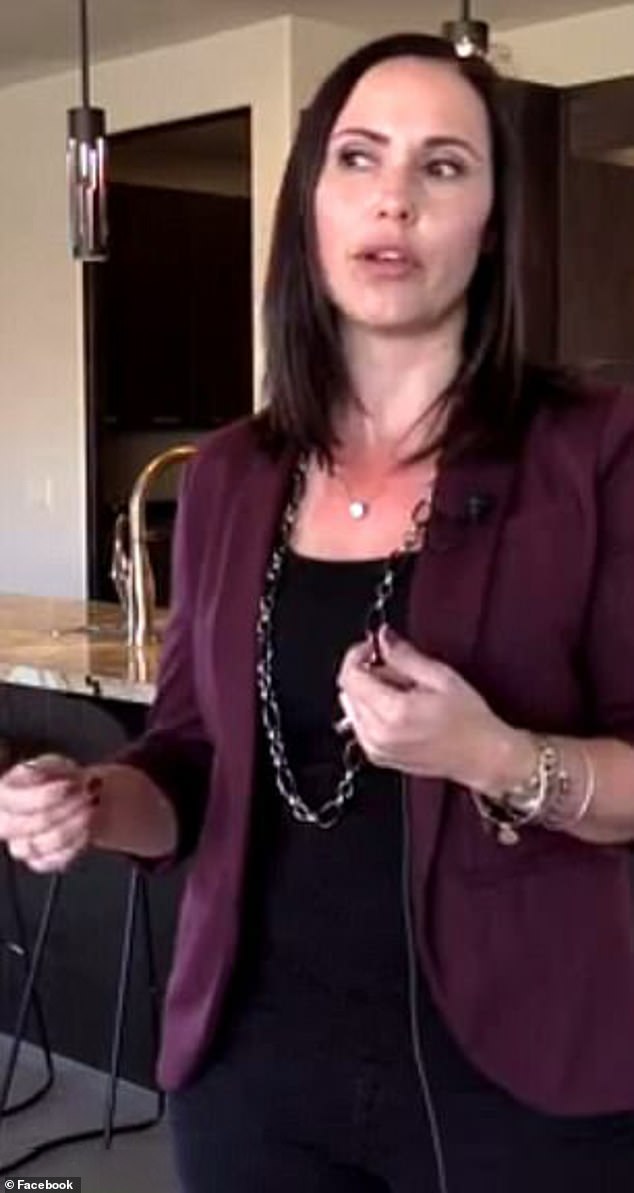 As other members of the family arrived on the scene, one of Kristy's brothers saw Manzanares dragging her body toward the balcony to try to throw her overboard.

The brother grabbed his sister's ankles and pulled her back into the cabin.

Ship security arrived on the scene and tried to perform life saving measures but she was pronounced dead minutes later.

Manzanares admitted he struck his wife with a closed fist, saw blood and struck her a second time but said he had no memory after that point.

An autopsy determined she had died from blunt force trauma to her head and face.

Manzanares told security officers he snapped and beat his wife to death because she 'would not stop laughing at me.'

Crew and passengers onboard the ship said they initially believed the grisly scene was part of that night's murder mystery entertainment.

One passenger told local outlet St. George News at the time that she heard an urgent announcement over the ship's intercom at around 9 pm and believed it to be part of the Sherlock Holmes-themed event.

'It's kind of ironic because we were at a Sherlock Holmes murder mystery dinner on the ship – not a dinner, it was a play – and the captain, or one of the crew members, came on the intercom and said, 'We need all medical and security to come to Deck 9,' said Natalie Beckstrom.

'He sounded a little breathless as he was talking.'

Manzanares was arrested and held in federal custody from the date of her murder.

He initially pleaded not guilty in August 2017.

People in general need to vet their perspective partner, because there is a  lot fake love going around. People are pretenting to love their mate, while also planning to kill them for insurance, property, and other assets.

Ladies and women who desire marriage need to vet their prospective husbands very, seriously. Lives may depend on it. He probably shouldn't have been married with children that could have been also in danger. Now its only trauma of death after the drama of the manslaughter.

Comment by Sufferahsmusic Media Prod on June 5, 2021 at 8:15am
Fair to say that marriage is over

Comment by vaughn mitchell on June 4, 2021 at 6:58pm
Scientific evidence my ass, Lt, played linebacker, took more drugs than this fool, and never beat up his wife, white man trying to get off killing his wife. Better get use to jail life. Beat her to death on a cruise, what an idiot.