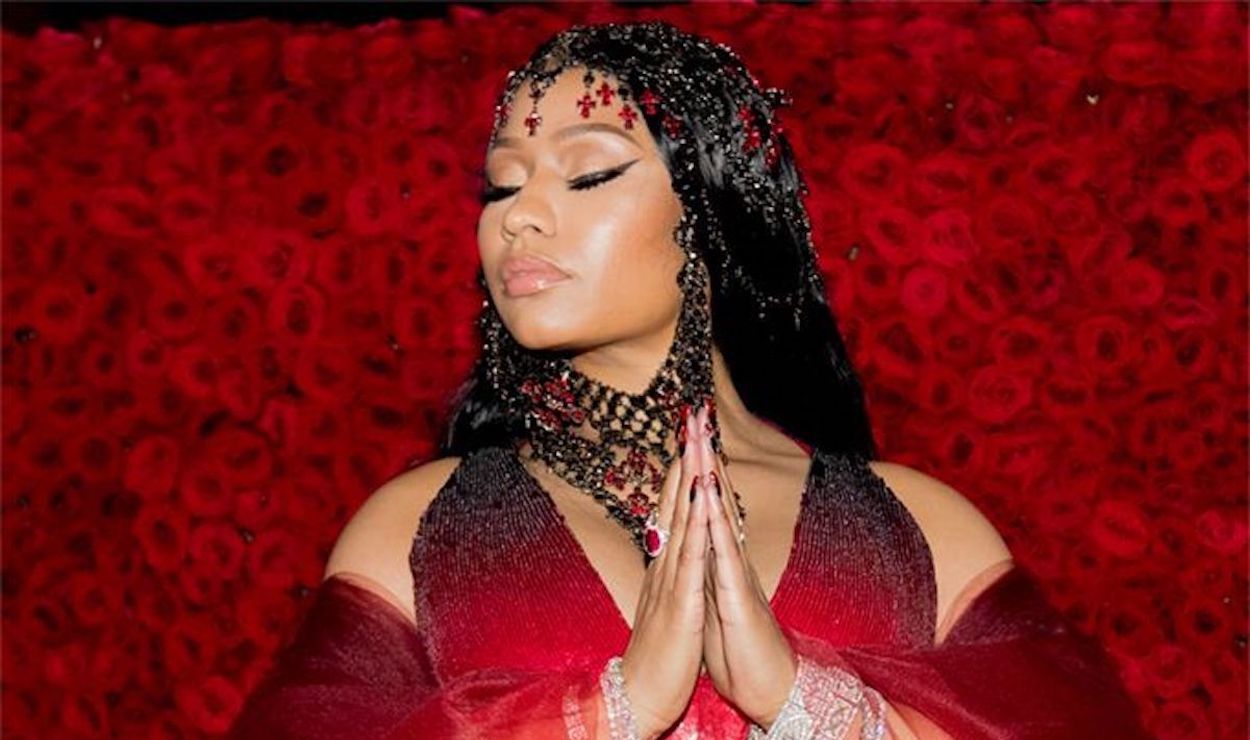 Nicki Minaj is being hailed as one of the top rappers of the 2010s.

Through her talent, tenacity, and toil, Nicki Minajhas achieved a great many in the last decade. Known as the rapper who resuscitated the lifeless body that was the female rap game in the 2010s, Minaj trailblazed her way through the better part of a decade as a standout act whose light was never dimmed in the company or competition of her male counterparts.

Nicki Minaj added another accolade to her collection after claiming the fourth spot on Spotify and Rap Caviar’s Mount Rushmore of 2010s list. The juggernauts Drake, J. Cole, and Kendrick Lamar, were assured names on the list while fans got a chance to vote for the fourth spot via Rap Radar’s Twitter poll. The poll featured Future, Kanye West, Nicki Minaj, and her mentor Lil Wayne.

When the results were in the “Anaconda” rapper had 39.9 percent, Kanye West had 33.1 percent while Future and Lil Wayne rounded out the voting at 17.9 percent and 9.1 percent, respectively. Nicki Minaj is used to being the only female among the big boys since her entry into hip-hop in the mid-2000s, cementing her status as queen as the years went by.

It wouldn’t be Nicki if there weren’t any fireworks in the process. However, what one wouldn’t expect is that it would include basketball’s own Mount Rushmore contender Lebron James. King James openly showed his support for the “Mask Off” rapper after he retweeted Rap Caviar’s photo simply stating “Future Hendrix.” We all know Nicki as one to not let things slide, and she stayed true to her online reputation as she replied, “Never thought I’d get the opportunity to give you the alley oop. But you almost had it. It’s N I C K I…EMMMM I N A J!!!!!!!!!!!!!”

This comes a week after celebrating the success of her “Beam Me Up Scotty” mixtape, which saw her become the rapper with the highest-charting re-released mixtape and the highest-debuting female rap mixtape in Billboard 200 history. The good times keep rolling for the “Queen Of Rap” when considering she recently had her first child less than a year ago, yet she is still hitting huge milestones in music.

Throughout the 2010s, Nicki Minaj dropped two No. 1 albums and two No. 2 albums on Billboard. By the end of the decade, she racked up a pair of No. 1 singles on the Hot 100 with back-to-back releases. First with her remix of Doja Cat’s “Say So,” then with her highly controversial collaboration with Tekashi 6ix9ine, “Trollz.” Earlier in the decade, she was a lone female assassin being compared to the same rappers she competed with for her space on the mountain today. Even on tracks with moguls like Jay-Z and Kanye West, the Queen rapper’s verse would be touted as the best.

We’ve reached a point in rap history where females are no longer an anomaly, and we have some great talents and extraordinary achievements to show for it. Lest we forget, Nicki had to take a lot of shade, a lot of odds stacked against her, and most of all, a lot of labels looking down their noses in order to normalize her and other women’s place in the industry.

Congratulations are in order for Nicki Minaj for earning her spot on Rap Caviar’s Mount Rushmore of the 2010s. It is indeed a well-deserved honor.

Comment by vaughn mitchell on June 4, 2021 at 6:54pm
First none of these so call rappers are ahead of Nas, Biggie, Jay-Z, or Pac. As for Nikki, all ske did was bleach her skin, ( little Kim) got blown up tits and blown up ass, and rap about sex, something little Kim, did until she lost her mind, now she look, a wax version of the cat woman.