How Much Do You Know About Haitian History? {VIDEO} Click On Link Below To See!

Former United States president Bill Clinton welcomed the new US$45 million Marriott hotel here, saying it provides an opportunity for the French-speaking {CARICOM} country “to show the real Haiti to the rest of the world”.

The 1275-room hotel is owned by the Digicel group, Haiti’s largest mobile provider, and its founder and chief executive officer Denis O’Brien defended the company’s entry into the tourism sector here.

“I know lots of people were asking, what on earth is a telecom company doing getting into the hotel business?. The idea of investing in this new Marriott Hotel came from Haiti’s great friend, President Clinton… His guiding words to Arne (Sorenson, president and chief executive officer of Marriott International) and myself on this project was, ‘Let’s do this together for Haiti.”

Clinton told the ceremony attended by President Michel Martelly, his Prime Minister Evans Paul as well as his former prime minister Laurent Lamothe and the actor Sean Penn, that O’Brien was a leading member of the Clinton Global Initiative Haiti Action Network.
“If all the members in the network keep their promises on behalf of Haiti, it will mean that the group would have invested more than US$500 million after more than three years,” Clinton said.
Haiti’s hotel stock suffered tremendously in 2012 when an earthquake destroyed most of the infrastructure including hotels and reducing the room count by 1,000.
Tourism Minister Stéphanie Villedrouin Balmir said since the earthquake 2,500 new hotel rooms have been built countrywide, bringing the total to 4,322.
Martelly said the hotel is a testament to his government’s vision of repositioning Haiti on the world’s tourism map and welcomed Marriott’s emphasis on the use of local products, from soap to coffee, to the locally inspired artwork decorating the lobby.
He said the hotel, which will create at least 200 new jobs, is the fourth international brand to invest in the hotel sector here. 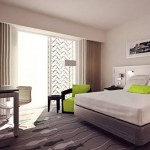 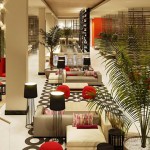 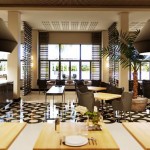 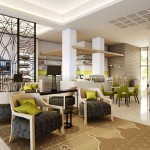 How Much Do You Know About Haitian History?

it is a clear choice, give poor people money and they will become poorer that hotel will provide jobs within and around the hotel. one hotel if successful then others will co.

You can square the equity with fair wages and encourage fair tax laws.

Poor people not being able to afford land is not a good or bad thing it is simply progress.

When it was an Agrarian economy, your back and shovels could feed the nation. Things were different now with a tourism manufacturing modern society then the need for poor farmers is no longer necessary or helpful. whats the point of an island of tomato growers, what kind of wages can they offer and what kind of progress to be made? How could they feed the nation or uplift their  fellow country man out of poverty?

Comment by Wadadligyal on February 27, 2015 at 8:27pm
And it starts that's what I've been telling my Haitian friends soon they won't believe it's the same Haiti they will not even be able to afford land in their own country....smh Wouldn't the money have been better used to help the people directly?

I'm not understanding this....they were devastated by an earthquake....and they build this extravagant hotel.

F*%K that crook Bill Clinton, you got people there still without shelter and you want to brag about a damm hotel. Him and sweet mickey can go F them self.