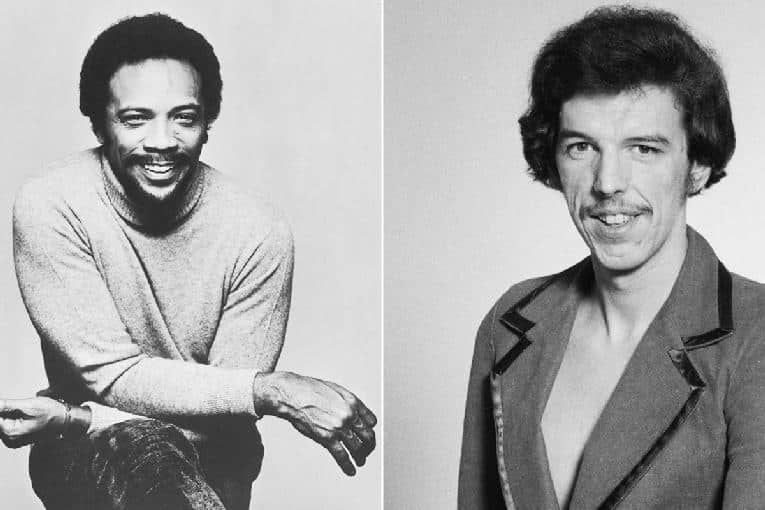 In the 1970s, “Heatwave,” a band from Germany, charted such international R&B hit singles as “Boogie Nights,” “Always and Forever,” and “The Groove Line.”  The three songs, and many other of the group’s compositions, were written byRod Temperton.  He was originally from England but moved to Germany, where he became Heatwave’s keyboardist.

The musical talent of Temperton and “Heatwave” drew great admiration from top record producers in America, including Quincy Jones.  Quincy, at first, wanted to manage the group but was too busy to take on such a task, especially since “Q” was ready to begin production on a Michael Jackson album for Epic Records.

While “Q” couldn’t find time to manage “Heatwave,” he approached Temperton about writing a few songs for Jackson’s forthcoming LP. However, Temperton was in the middle of recording “Heatwave’s” third album in New York and didn’t have time to oblige “Q.”  But Temperton quickly learned that you don’t turn down an offer from the great Quincy Jones.  Temperton agreed to fly from New York to Los Angeles on the weekend to work on three songs for Jackson’s upcoming album.

Temperton, who was famous for writing dozens of songs and never recording them, had an unfinished composition in his portfolio, meaning he had the basic structure of the music and arrangements, but no lyrics. The unfinished song, which Temperton ultimately completed and gave to “Q” for placement consideration on Jackson’s album, turned out to be “Rock with You.”  Temperton had two other songs for Quincy and Jackson to consider:  “Off the Wall” and “Burn This Disco Out.”  The English songwriter, at best, was hoping at least one of his songs would make the final cut for Jackson’s album.

Temperton was richly rewarded, when in August of 1979 all three of his songs appeared on Jackson’s fifth studio album, titled “Off the Wall.”  The Quincy Jones’ produced album became one of pop music’s bestselling LPs of all times.  It is a 10-time platinum masterpiece, which yielded the single  “Rock with You,” a No. 1 hit for Jackson that spent four consecutive weeks at the top of the charts in 1979.

Quincy Jones wasn’t finished with Temperton, as the two collaborated on two other monster hit songs for Jackson’s 1982 “Thriller” album:   the singles “Thriller” and “The Lady in My Life.”  “Thriller” is still the world’s biggest-selling album of all time.

Comment by vaughn mitchell on March 30, 2021 at 5:32pm
That off the wall album is off the damn wall, rock with you is still rocking today.