Honda Accord, Civic remain top targets for thieves ////As per cars.com 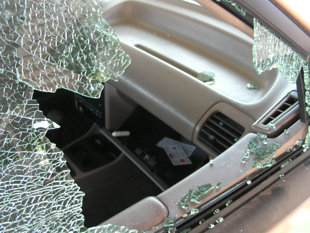 If you own a Honda Accord or Civic, or a full-size Ford pickup truck, you might want to take a moment to make sure your auto-insurance payments are up to date. You drive one of the top three most-stolen vehicles in the U.S. That's according to the National Insurance Crime Bureau's just-released "Hot Wheels" list, which examines annual vehicle-theft data submitted by law-enforcement agencies across the country to the National Crime Information Center to determine the makes and models most-frequently reported stolen during the previous year. As in past years, Honda Accords and Civics by far were the most-stolen vehicles in 2012, totaling 58,596 and 47,037, respectively, with full-size Ford pickups coming in a distant third with 26,770 thefts. Older Accords and Civics eclipsed newer Hondas in theft frequency, which NICB attributes to improved anti-theft technology. Most of the makes and models return from the previous list; the only newcomers were the Nissan Altima (No. 9) and Nissan Maxima (No. 10), knocking the Ford Explorer and Nissan Sentra off this year's roster. NICB, which is based in Des Plaines, Ill., noted that the latest list differs from previous years as it reports the top 10 most-stolen vehicles by make and model only, irrespective of model year. In previous rankings, in an effort to create a more varied report, only one make/model/year would appear in the top 10, even though other model years of the same vehicle would have earned a position. For example, last year's No. 1 placeholder was the 1994 Honda Accord, as opposed to this year, when it's simply the Honda Accord with all model years combined in its total. Also new this year is the addition of a list of the top 25 most stolen vehicles specifically from model-year 2012.

The top 10 most-stolen vehicles overall in 2012, followed by their respective totals, were:

"Although the FBI is predicting a 1.3 percent increase in 2012 vehicle thefts over 2011's number — reversing an eight-year trend — the overall vehicle theft picture is still positive," NICB stated in a news release. "The peak year for vehicle thefts was 1991 with 1,661,738. If the FBI's preliminary 2012 vehicle theft estimate holds, there will have been roughly 724,672 thefts. "That's a national decrease of over 50 percent since 1991 with many states seeing even better numbers."