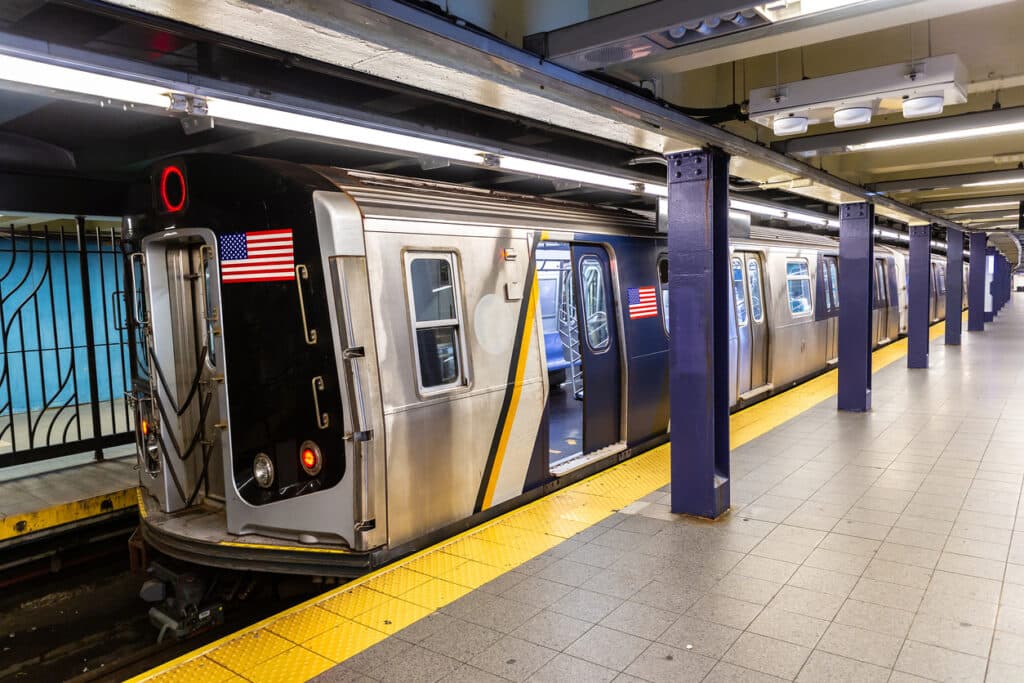 A 33-year-old New York mother is facing a long road to recovery after she was viciously assaulted by a violent career criminal.

The incident occurred last week as Elizabeth Gomes was taking the northbound A train at the city’s JFK Airport Station at about 5:15 a.m. on Sept 20. At some point, she was approached by Waheed Foster (41), who allegedly killed his own Grandmother when he was a teenager, Vlad TV reports. The woman allegedly rejected his advances and when she exited the train, Foster did too and began to follow her.

Security footage from the subway station shows Foster grabbing Gomes from behind and slamming her up against the ticket booth before punching and kicking her. When a bystander attempts to intervene, he is chased off by Foster, who continues to beat up Gomes. He leaves her lying in a puddle of her own blood.

Gomes reportedly suffered a ruptured eye socket and multiple head wounds in the attack. She was treated at the Flushing Hospital Medical Center in Queens.

According to multiple reports, Foster is a homeless man with an extensive rap sheet. He was arrested by NYPD last week in connection with the attack on Gomes, Fox 5 New York reports.

His criminal history includes an arrest in 2010 for stabbing a 50-year-old woman at a psychiatric center in Queens Village. He was paroled last year for the incident which left the woman permanently disfigured, according to Fox 5.

Foster was arrested in August for Petty Larceny and arrested again the following day for criminal mischief.

He is reportedly being held on Rikers Island and is due back in court on Oct. 6, 2022.

You can watch the video of his attack on Gomes via the YouTube clip above.