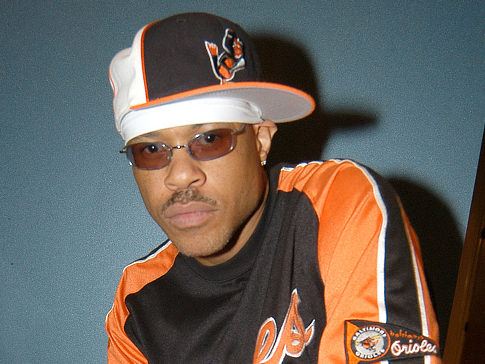 Guru was hospitalized in March, and while some outlets reported that he suffered a heart attack, it was never confirmed.

Guru's friend and partner Solar released a statement following his passing. "The world has lost one of the best MCs and hip-hop icons of all-time-my loyal best friend, partner, and brother, Guru," Solar wrote, according to MTV. "Guru has been battling cancer for well over a year and has lost his battle! This is a matter that Guru wanted private until he could beat it, but tragically, this did not happen. The cancer took him. Now the world has lost a great man a true genius."

Solar said Guru wrote a letter before his passing. "I, Guru, am writing this letter to my fans, friends and loved ones around the world," the letter said. "I have had a long battle with cancer and have succumbed to the disease. I have suffered with this illness for over a year. I have exhausted all medical options."

The letter also addressed Guru's concern for continuing his philanthropic efforts. "I have a non-profit organization called Each One Counts dedicated to carrying on my charitable work on behalf of abused and disadvantaged children from around the world and also to educate and research a cure for this terrible disease that took my life. I write this with tears in my eyes, not of sorrow but of joy for what a wonderful life I have enjoyed and how many great people I have had the pleasure of meeting."

In the message, Guru credited Solar for his support. "My loyal best friend, partner, and brother, Solar, has been at my side through it all and has been made my health proxy by myself on all matters relating to myself. He has been with me by my side on my many hospital stays, operations, doctors visits and stayed with me at my home and cared for me when I could not care for myself. Solar and his family is my family and I love them dearly and I expect my family, friends and fans to respect that, regardless to anybody's feelings on the matter. It is my wish that counts. This being said I am survived by the love of my life, my sun KC, who I trust will be looked after by Solar and his family as their own. Any awards or tributes should be accepted, organized approved by Solar on behalf [of] myself and my son until he is of age to except on his own."

The note also makes controversial references to DJ Premiere. "I do not wish my ex-DJ to have anything to do with my name likeness, events, tributes etc. connected in anyway to my situation including any use of my name or circumstance for any reason and I have instructed my lawyers to enforce this," the letter said. "I had nothing to do with him in life for 7 years and want nothing to do with him in death. Solar has my life story and is well informed on my family situation, as well as the real reason for separating from my ex-DJ.

"As the sole founder of Gang Starr, I am very proud of what Gang Starr has meant to the music world and fans. I equally am proud of my Jazzmatazz series and as the father of Hip-Hop/Jazz. I am proud of my leadership and pioneering efforts on Jazzmatazz 4 for reinvigorating the Hip-hop/Jazz genre in a time when music quality has reached an all time low. Solar and I have toured in places that I have never been before with Gang Starr or Jazzmatazz and we gained a reputation for being the best on the planet at Hip-Hop/Jazz, as well as the biggest and most influential Hip-Hop/Jazz record with Jazzmatazz 4 of the decade to now.

As the duo Gang Starr with DJ Premier, the group released its most successful album in 1998, Moment Of Truth. They emerged in the ‘80s and were featured in Spike Lee's movie Mo Betta Blues. Gang Starr released its last album, The Ownerz, in 2003.

Comment by celena morgan on April 22, 2010 at 7:57am
R.I.P Guru Solar God bless you for all your good work good looking out my brother thats what true friends are for.
One love

And thank you for the music!