Huma Abedin, the wife of former Representative Anthony Weiner, announced on Monday that the couple were separating after a report surfaced that Weiner had been involved in his third sexting scandal.

The New York Post has reported that he exchanged sexual messages with an unidentified woman beginning in January 2015 and continued through this month. Weiner deleted his Twitter account on Monday in the wake of the story.

Screen shots published by The Post showed that the two exchanged photos. The woman sent photos of herself in various bikinis and Weiner is seen half-dressed.

In one text exchange, Weiner is discussing massage parlors and then allegedly writes, “Someone just climbed into my bed.”

He responded by sending a picture that showed a small child laying next to him, and Weiner’s lower half in underwear. The child is presumably Weiner and Abedin’s son, Jordan. 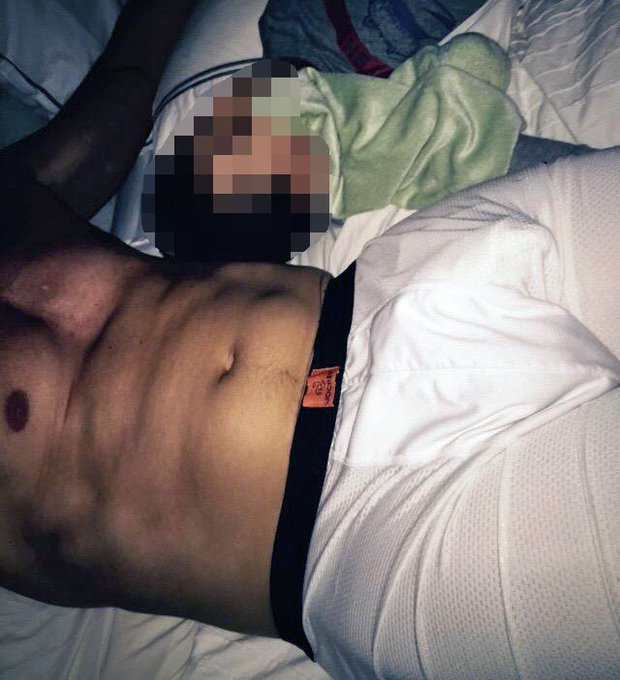 Huma Adebin announced split from Weiner after he was busted sexting this snap with their son http://nyp.st/2c2Sujd


Weiner resigned from Congress in 2011 after he inadvertently posted a lewd photo to his Twitter account. At the time, Abedin was pregnant with the couple’s first child. Following his first sexting scandal, Weiner said he had sought help and undergone therapy in a 2012 People magazine interview with Abedin.

During his mayoral campaign in 2013, it was revealed that he was sending sexually explicit messages and photos to various women online. The second scandal destroyed his political career. While it caused difficulty in his marriage, Abedin stayed by his side.

However, it appears this latest sexting scandal was the last straw. On Monday, Abedin released this statement, according to the New York Times: “After long and painful consideration and work on my marriage, I have made the decision to separate from my husband. Anthony and I remain devoted to doing what is best for our son, who is the light of our life. During this difficult time, I ask for respect for our privacy.”

Abedin is a longtime aide to Hillary Clinton and serves as Vice Chair of Clinton’s 2016 presidential campaign. Abedin and Anthony Weiner were married on July 10, 2010, with former president Bill Clinton officiating.

A recent documentary shows an inside glimpse of their marriage, which became marred by Weiner’s sexting scandals.

The “Weiner” documentary premiered in January at the Sundance Film Festival, and has been released to screens across the country. It is expected to make its television debut on Showtime in October, just weeks before the presidential election.

The film follows Anthony Weiner’s 2013 mayoral campaign, which took place less than two years after his explicit texting scandal forced his resignation from Congress. The documentary offers a rare look at Weiner and Abedin’s relationship, as well as Abedin’s struggle throughout the scandal.

Huma Abedin, one of Hillary Clinton's longest-serving aides, is the vice-chair of her presidential campaign. Abedin is also known for her marriage to Anthony Weiner.

Don't be surprised if he ends up dead next, presuming he knows a lot of their secrets and is the devastated husband going thru a divorce who threatened to divulge their secret relationship---Perfect scenario for a supposed suicide/killing...