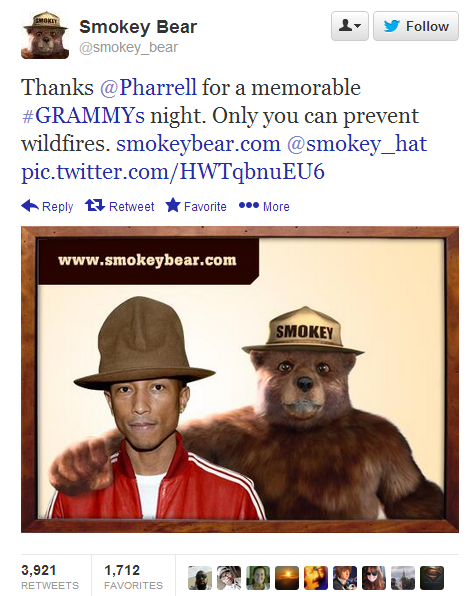 Macklemore was a big winner, Taylor Swift's hair almost stole the show, but nobody managed to draw as much attention as Pharrell Williams' hat at the 56th annual Grammy Awards on Sunday (January 26).

The super producer won four awards on the night, however it was his big brown hat that got it's own Twitter account and was the inspiration for thousands of memes.

“It’s Vivienne Westwood,” Pharrell said. “It’s a Buffalo hat. This gentleman by the name of Malcolm McLaren [designed it]. [He has a] huge history. And I just liked it.”

JustWhooKid.com found the entire thing to be hilarious and so did we. Let's take a look at some classic pics thanks to the internet. 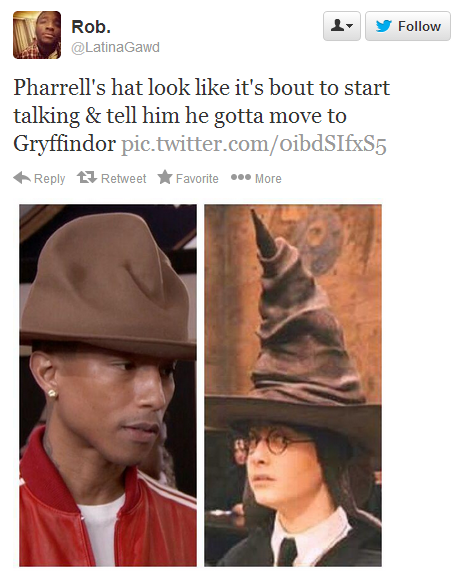 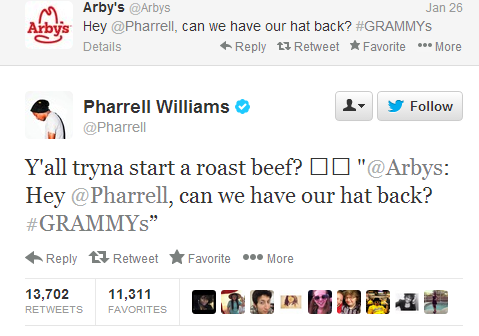 I thought he looked really stupid!