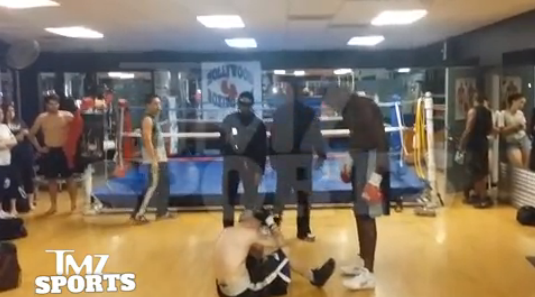 Over time Zelenoff has hurled racist slurs at Wilder, made disrespectful comments about his daughter, who has Spina Bifida, made harassing phone calls and texts. 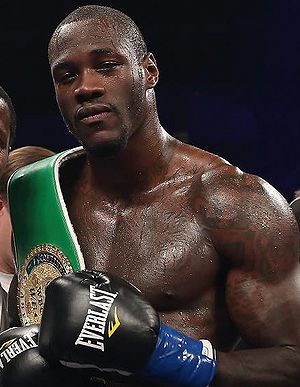 Wilder, who is 6'7" and has a professional record of 31-0, finally decided enough is enough. He accepted Zelenoff's challenge to a boxing match. The two met at the Hollywood Boxing Gym in Los Angeles on Wednesday, April 7.

The fight started inside the ring, but Zelenoff sucker punched Wilder then ran out of the gym. When it resumed "The Bronze Bomber" beat the breaks off the guy. Peep the pure comedy below. 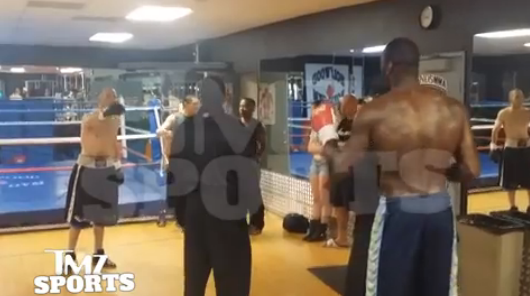 Comment by Dexter on May 10, 2014 at 7:37pm
@Rashid, I can't even bring myself to watch a Klitchko fight anymore. I think vitali retired. Too me he was just a little better to watch than Vladimir. Deontay has crazy power. There's a compilation video on youtube showing his 30 something ko's. hope to see him in with the top contenders soon

Yea, Dexter I hope he will be the one to take the belts away from the Klitchko brothers. They fought a lot of tomato cans, he seems to be the real deal.

HAHAHA. The white dude is truelly a P@$$y! If you go on youtube and seach his true story, you'll see that he is 100% FAKE! He payed some guy in front of Home Depot to box with him, take a fall, and then claim that the guy was a legit boxer! He got what was coming to him! I Love it!