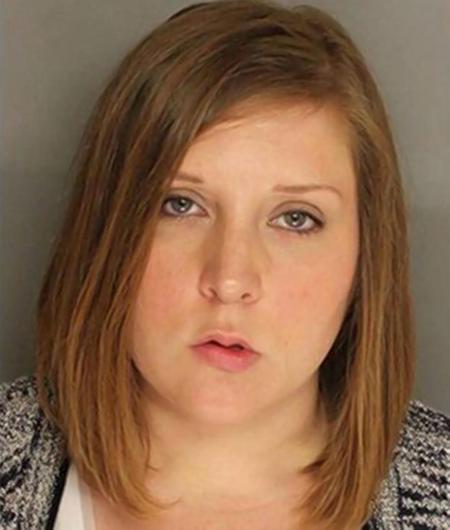 Niemiec is accused of having sex with all 3 on April 11 on Cross High School grounds and at a house party. Niemiec would also have sex before and after school with one of the students and sent nude photos of herself via text to all 3. "It's our understanding that this teacher would have said sexual talks with her class on numerous occasions," said the victims' attorney, Mike Bosnak. "Dirty talk and then she texting nude to them and that type of stuff. And from there is just went on." Niemiec was placed on administrative leave and is banned from the school campus. She has since been fired. Sheriff's deputies were notified of the sexual encounters by school administrators.

Berkeley County Magistrate James Polk set Niemiec's bail at $21,092. Upon her release she was forbid from going to the school or having any contact with the students there.

In some cultures it is perfectly normal for a 17 year old boy to learn sex from an older woman. However this teacher should have known better, she is in a position of authority and she is married. Shame on her!

@Ruff hello my friend, the teachers were there but you had to find them.lol

Comment by Ruff de Gehto Travler on May 12, 2014 at 2:54pm
Why is she crying and where the hell were these teachers when I was going to school damn it!!!

WOW...one day?  These educators are just not getting it...teach the kids, not screw them.

damn, you would think they would learn

,@Lynette I want to say thank you for educating our young, before I make my comment. You swear for yourself and yourself alone, don't swear for others because you don't know what going through the minds of those around you. This teacher is a nympho and south Carolina I wondering if she's a conservative because they like preaching values and personhood but you can't trust them to be around your kids.

whoo whoo is a freak 3 in one day swing her over here she can sure release some stress, now thats a woman, now like those tired ass talking about they got a headache or they tired lol she running a marathon