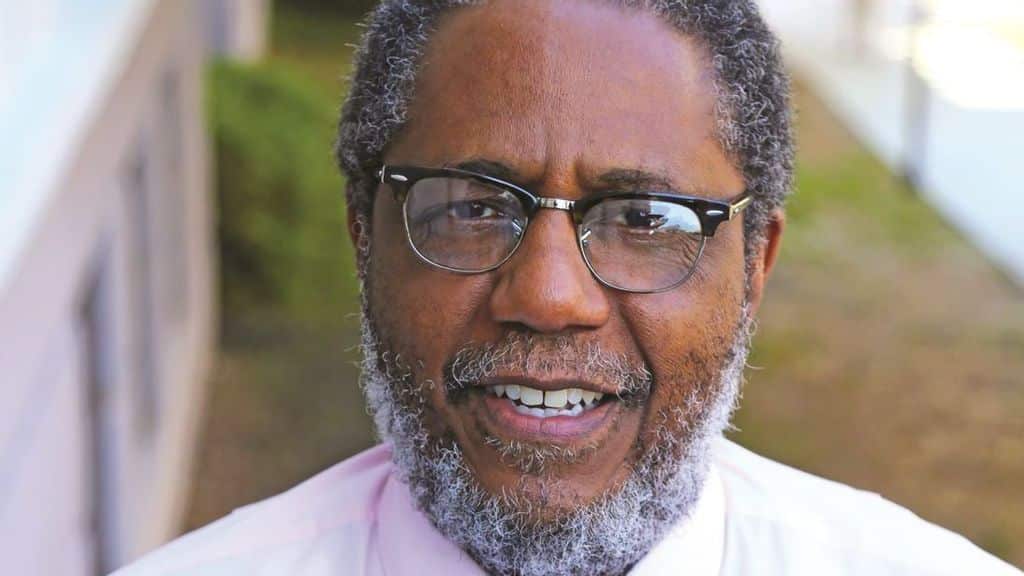 As principal of North Charleston High School in South Carolina, an area where 20 percent of residents live in poverty, Henry Darby was used to seeing students in need.

“There were some kids who, when I went to their homes, their mother wouldn’t let me in, but I could see that the home was dark — they had no electricity. Or you could see that they were sleeping on mattresses on the floor. … There was one student sleeping under a bridge.”

As someone who grew up in extreme poverty himself, Darby has a soft spot for such students.

So Darby, a member of the Charleston County Council, took an extra step to help out: He got a part-time job at Walmart to earn extra money to help his students. 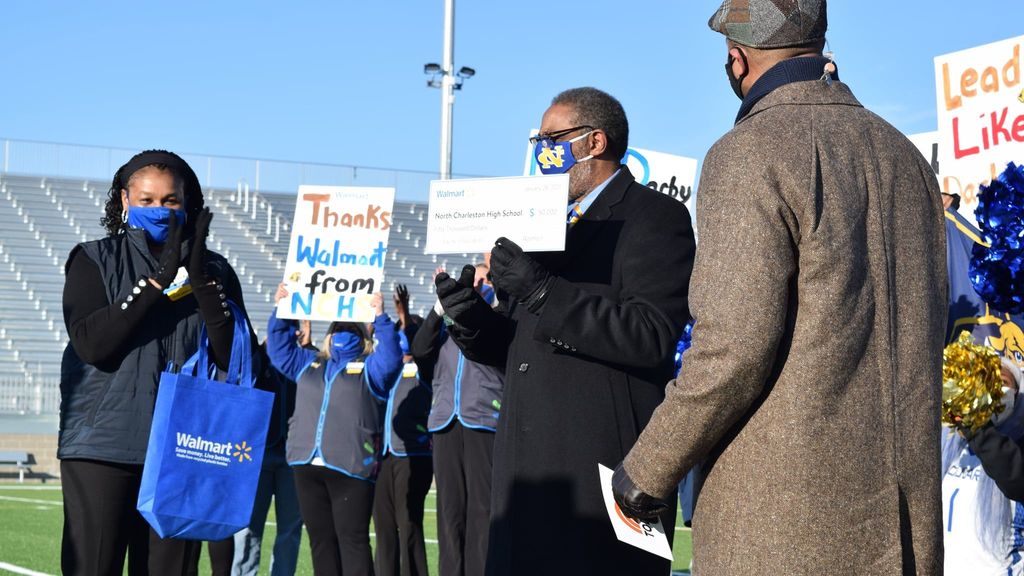 North Charleston High School principal Henry Darby (center) accepts a check for $50,000 on behalf of his school from Walmart, where he worked the graveyard shift to help raise money for needy students. (Charleston County School District)

Stacking shelves on the overnight shift was not an easy job for Darby, who at 66 years old has lingering neck injuries from being hit by a car. After getting off work at 7 a.m., he had to rush to get to his main job at the high School— which enrolls about 600 students — by 7:45 a.m.

“I never grew tired until I left my job at the end of the day,” he said. “And I would sleep on Saturdays. I slept like a log.”

When he started the Walmart job in August 2020, Darby worked five nights a week. He eventually asked for his  days to be cut to three. He quit in April, but only because his doctor told him that the nature of the work — constantly looking up as he stocked shelves — was aggravating his neck injury.

Darby tried to keep his retail job a secret, but it didn’t take long for word to get out.

“The very first night, one of my students saw me,” he recalled. “He said, ‘Mr. Darby, you work at Walmart?’ I said to myself, ‘Oh gosh, now everyone is going to know.’”

In January, Charleston’s Post and Courier newspaper wrote about Darby and his third job. That story, in turn, led to widespread publicity, including national television appearances on “The Today Show” and CNN.

A month later, Gov. Henry McMaster presented Darby with the Order of the Palmetto. The award recognizes that “the success of the State of South Carolina, the strength of its communities, and the vitality of our society as a whole depend, in great measure, upon the dedication, passion, and sacrifice of individuals like Henry E. Darby who use their many talents and resources to serve and to inspire others.”

Though he didn’t seek recognition, the widespread attention Darby’s story garnered reaped some huge benefits: Donations have poured in for his students. Wal-Mart gave $50,000 to the school. A local real estate company donated $185,000. Altogether, including crowdfunding efforts, the school has raised more than $300,000 in donations, in addition to donations of clothes, shoes, food and other items.

Being able to bring his students so much help has been especially gratifying for Darby, who grew up in poor in South Carolina, raised by a single mother, a seamstress, after his father died when he was 3. His mother was a hard worker who instilled in him resourcefulness and pride despite their circumstances. 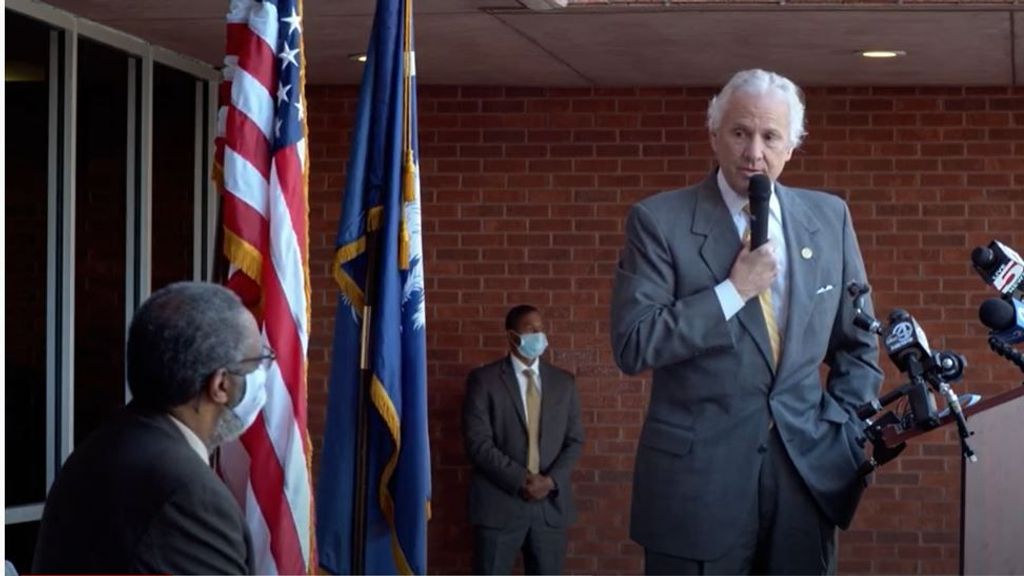 “She didn’t have hang-ups about going to the dumpster and going through the trash,” Darby said. He recalled his mother finding an old, filthy cloth that she cleaned and made into a shirt for him.

Students greatly appreciate Darby’s generosity, according to comments in a write-up on his school’s website.

“He will do whatever he has to do to give back to his community and his high school,” said Kalik Dickson.

Kharin Simmons said, “Mr. Darby is a kind, caring person. He treats all of his students like his own and does all he can do to take care of us.”

Now Darby plans to ask his doctor if he can resume working at Walmart.

“I enjoy helping others,” he said.

Beyond that, Darby said, the work helps teach students a valuable lesson, particularly to those who think that stocking shelves at Walmart is “beneath them,” he said.

“It’s an example to the kids,” he said. “They are saying, ‘My principal works at Wal-Mart, so I can do it too.”

Super Teacher no doubt; This is an act of Caring and Sharing that is unparallel. Imagine a white collar worker, caring so much, that he was willing to go and pack shelves to help the less fortunate; amazing. Maximum blessings to you. This a Teacher with Class.

There are many like him, but because so many niggers are busy destroying the community they don't talk about black men like him, he contributes to society and his community, for those who talks about being black please tell us how are you contributing to the community and where, black men like him have legacies, you cant leave behind a legacy if you can't build, you don't matter today and will be forgotten after your funeral, i praise black men like him, they make me proud to get up and volunteer as much as I can even if it's for one hour if I am in town

Comment by vaughn mitchell on August 6, 2021 at 11:13am
He deserve a presidential medal of honor, not b**** rush Limbaugh, who did nothing but was a friend of Trump. Much respect goes out to this man.