Here's what Bill Cosby got in the BANK today 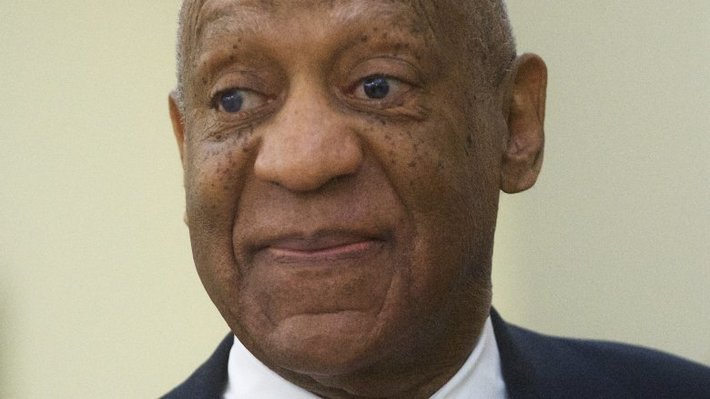 Born on July 12, 1937, in Philadelphia, Bill Cosby dropped out of college to pursue a career in stand up comedy. After touring extensively and landing a spot on The Tonight Show with Johnny Carson in 1963, Cosby took his comedy to albums, where he won seven consecutive Grammys for his work between 1964-1971. When Cosby moved to television, he became the first black man to star in a lead role in NBC's 1965 special-agent adventure series, I Spy, according to Biography. Cosby then struck critical and ratings gold with his depiction of an affluent black family in the '80s seminal hit, The Cosby Show. He became known as "America's Dad," amassing a fortune in TV and commercials while projecting a wholesome persona and serving as a positive role model to generations of fans.

However, underneath that persona was a "sexually violent predator" who allegedly drugged and raped 60 women. On Sept. 25, 2018, Cosby was sentenced to 3 to 10 years in prison for one of those crimes. Once one of the highest-paid celebrities in the world, his substantial wealth has diminished along with his reputation. Here's what Bill Cosby's net worth really is.

He was once worth $400M
During the '80s, Bill Cosby was the world's highest-paid entertainer and beloved the world over for his role as Dr. Heathcliff "Cliff" Huxtable on The Cosby Show. The show was such an astronomical success that, according to Forbes, it generated "$4 million an episode when sold into syndication, with reruns generating over $1.5 billion in the last two decades." And per the Chicago Tribune, Cosby pocketed $166 million from the original syndication deal negotiated by Viacom.

Cosby leveraged his popularity and television success into lucrative TV commercial work, eventually becoming one of the most popular pitchmen of all time. Del Monte, Ford, Crest, Coca-Cola, Kodak, and of course, Jell-O pudding, are just a few of the big-name brands that wanted a piece of the Cosby pie. He was so good at selling Americans products that he was inducted into the American Advertising Federation Hall of Fame in 2011. (The honor was rescinded in May 2018.)

With a mega-hit show and companies lining up for his endorsement, Cosby amassed an estimated net worth of $400 million.

The Cosby Show is no longer a cash cow

During its primetime heyday and in re-runs, The Cosby Show was a staple of network programming and a syndication cash cow for Bill Cosby since its premiere on September 20, 1984. However, after sexual assault allegations against the comedian surfaced in 2014, networks jumped ship. Per ABC News, TV Land stopped airing episodes immediately. Netflix quickly followed suit, scrapping a taped comedy special set to premiere later that year.

And in the wake of his guilty verdict in 2018, that reliable revenue stream Cosby counted on for so long ceased to exist. "Effective immediately, Bounce is removing The Cosby Show from our schedule," the Atlanta-based network said in a statement the day the verdict was handed down (per The Hollywood Reporter). It got worse from there.

"The Cosby Show is leaving Hulu," The Hollywood Reporter revealed. "The streaming service has opted to not renew its licensing deal with producers Carsey Werner, and as part of the deal, The Cosby Show will no longer have a streaming platform." Without a network home or VOD options, THR also pointed out that the only place left to watch episodes of The Cosby Show, at the time of the report, was on Amazon "for $1.99 a shot."

Bill Cosby's mounting legal fees left him struggling to get cash. In 2017, Page Six reported that Cosby attempted to take out a "$30 million hard money loan" on his 12,000-square-foot Upper East Side mansion he purchased in 1987. "Which means Cosby must be desperate because the banks won't give him money," a source told the publication. The source revealed that lenders feared they wouldn't be able to sell the house if they foreclosed on the property, because any potential buyers "would certainly be put off by the thought of what could have taken place in the house over the years" and by the fact they would "be sleeping in Cosby's bedroom."

The next year (per AP News), Cosby was sued by a former member of his defense team "for more than $50,000 in unpaid legal fees." Joe P. Green, Cosby's attorney, said the civil claim by the Philadelphia-based law firm Schnader Harrison Segal & Lewis was a "disagreement over the amount of legal fees charged," and that Cosby sought to settle it through mediation after not paying the bill "despite promising to do so."

Former NBC employee Frank Scotti told the New York Daily News that he helped Bill Cosby make payments to eight women from 1989 to 1990. One of the women was Shawn Thompson, who allegedly received $100,000 from Cosby and whose daughter later claimed that the TV star was her father, which Cosby denied. Scotti claimed he was unaware that he was being used as a conduit by Cosby to pay off women and to serve as a guard when the comedian invited women into his dressing room. "He had everybody fooled," Scotti said. "Nobody suspected."

Scotti also claims Cosby once presented him with "a satchel of money, all $100 bills," to distribute money orders to women under his own name so they couldn't be traced back to Cosby. "I did a lot of crazy things for him ... I realized it later," Scotti said.

In 2004, Andrea Constand (above) was the director of operations for the women's basketball team at Temple University (where Bill Cosby was a trustee), when Cosby drugged and raped her in his mansion in Pennsylvania. However (per NBC News), during Cosby's retrial in April 2018, it was revealed that he paid Constand "nearly $3.4 million in a 2006 civil settlement."

The settlement came with a confidentiality agreement, so after Constand spoke with prosecutors again in 2015, Cosby's lawyers pounced and requested the terms of the settlement be known to the jurors. "Among other things, admissibility is warranted for impeachment of Constand, in showing her financial motive to lie about the allegations, she made against Cosby, or for any other purpose...including as may be warranted by the testimony of Constand or otherwise," Cosby's lawyers in court filings (per Seattle Medium).

Camille Cosby may have tried to empty their secret bank account

Bill Cosby's wife of over 50 years, Camille Cosby, reportedly attempted to drain their joint account sometime in 2018. "The first check for $100,000 supposedly went through," an insider told Radar Online. "Then she did another one for a crazy amount, but the bank wanted Mr. Cosby's approval before releasing the funds."

The account, which reportedly contains "just under $120 million," is a shared account, but Bill Cosby is the primary signatory. "The bank went through his assistants who patched Mr. Cosby in with them," the insider said. "He told the bank to freeze the primary account."

"She said she was 'taking it' because she 'needed it' to support family and staff," the insider continued. "His royalties from The Cosby Show go to a separate account."

In June 2018, rumors swirled that Camille Cosby was planning to file for divorce, but the comedian's rep, Andrew Wyatt, spoke to People and quickly shot the allegation down, calling it a "ridiculous story from an egregious publication." He also said that there were, "no issues in the marriage," and that Camille was "with [Bill] in the Philadelphia home as we speak."

Some experts think Bill Cosby might go bankrupt before he dies...

According to contributor Scott Martin at the finance blog Wealth Advisor, several financial missteps by Bill Cosby could erode his entire fortune — a process that could continue long after his death if civil litigants continue to successfully chip away at his estate. Saying that Cosby's financial maneuvering "doesn't look like the behavior of a man with mega-millions to burn," Martin guessed that Cosby failed to set up a trust to protect his remaining liquid cash and assets and pass them on to his "four living daughters and three grandkids." Martin added, "The desperation and the gloom feel a little too real."

Martin went on to cite Cosby's $3.4M settlement with Andrea Constand as an example of his significant risk exposure, writing, "There would be zero rationale for [the settlement] if all his liquid assets were already safe in a property seasoned trust — in that scenario, he could have simply let her lawyers bang futilely against his shield and file personal bankruptcy to defeat the judgment." Martin further explained that "Cosby may end up going bankrupt after all," but instead of using the financial maneuver as a way to protect a legally impenetrable trust, it would be "because his victims got there first."

... But his portfolio still seems strong

While Bill Cosby seems to be scrambling for cash amid his legal battles, his non-liquid assets still hold a ton of value. According to Mic, Cosby's real estate holdings alone are enough to satisfy the average person's financial needs for more than a lifetime. They include his nearly 9,000 square foot main home outside Philadelphia, three multi-million dollar homes in Los Angeles, a 21-acre Massachusetts estate that boasts a land value — just the land, not even the property — of $2.7 million, and the aforementioned NYC townhouse that he bought in 1987 for $6.2 million.

Then there's Cosby's legendary "extensive African American art collection," some of which was loaned to the Smithsonian for a controversial November 2015 exhibition, according to The Guardian. Many disagreed with showcasing pieces from the disgraced star's collection, because it potentially increased the value of the work, and while there is no estimated value for the total collection, one good indicator of its overall value is this: Cosby "gifted" the Smithsonian $716,000 just to stage part of the collection for the exhibition.

Not impressive enough for you? Well, according to Bloomberg, in November 2018, Cosby's wife sold one painting from the collection of over 300 pieces, and "pledged" to sell another "as collateral for a loan from an art finance firm." The estimated haul on just those two sales? $12 to $14 million.

Comment by vaughn mitchell on November 1, 2020 at 9:31am
That's bullshit, that's private info, like Bill is going to show us or the bank what's in his account.