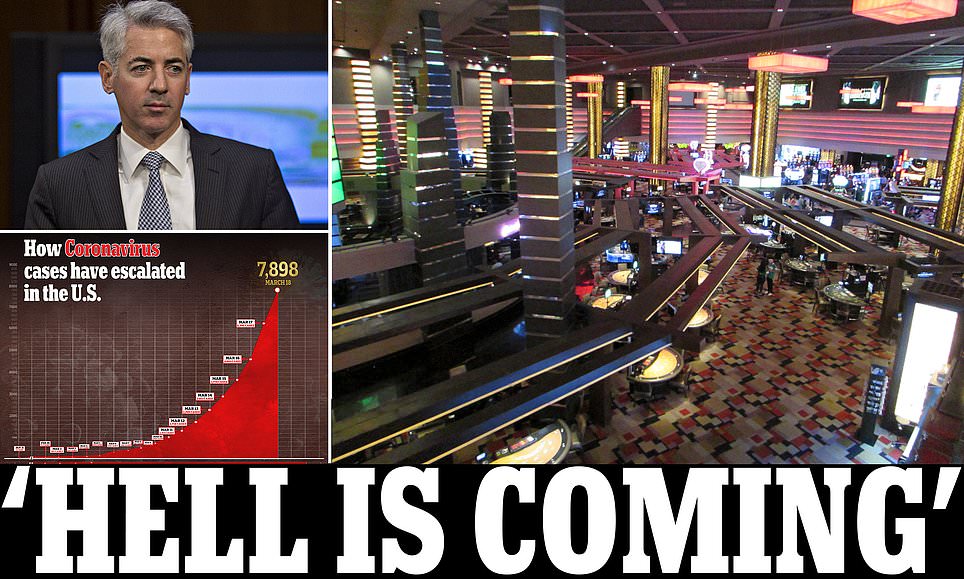 Billionaire Bill Ackman has warned that 'America will end as we know it' unless President Trump immediately shuts down the entire country for 30 days.

Hedge fund manager Ackman made the dismal predictions in a Twitter post Wednesday and in an interview with CNBC, in which he urged President Trump and other global leaders to 'shut the world for 30 days'.

He said urgent action is needed now if the economy is to survive and if lives are to be spared amid the rapidly escalating coronavirus pandemic.

The 'gradual roll-out' of closures and measures being taken now are not enough to stop the crisis which is already bankrupting the economy, starting with hotels and restaurants, he said. 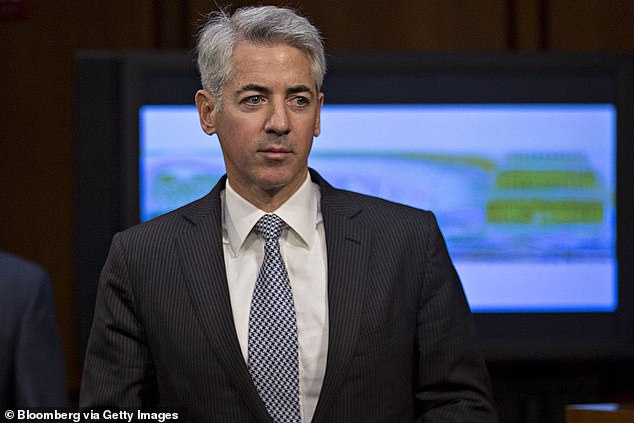 Ackman made the somber prediction that 'hell is coming' and warned that the US as we now know it is ending.

'America will end as we know it. I'm sorry to say so, unless we take this option,' he said in an interview with CNBC Tuesday afternoon.

'Hell is coming,' he warned.

The 'only answer for the world is to shut the world for 30 days,' he told CNBC.

'We have an invisible, silent, deadly enemy. How do we kill it? Everyone just goes home.'

The stark warning followed his desperate bid to President Trump earlier on Wednesday to shut the US down with an extended Spring Break holiday, saying it is the 'only answer' to spare the nation from economic catastrophe.

'Mr. President, the only answer is to shut down the country for the next 30 days and close the borders. Tell all Americans that you are putting us on an extended Spring Break at home with family. Keep only essential services open. The government pays wages until we reopen,' Ackman said in a Twitter post Wednesday morning. 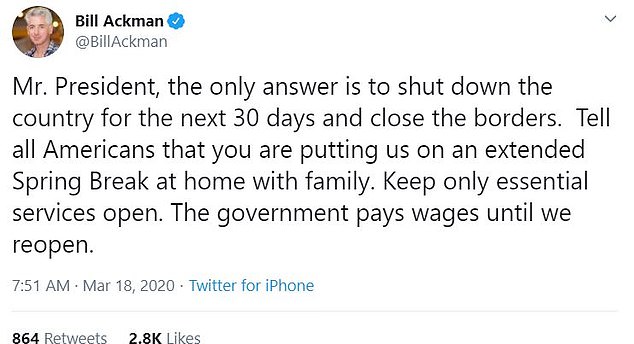 Activist investor Ackman made the dismal predictions in a Twitter post Wednesday, in which he urged President Trump and other global leaders to 'shut the world for 30 days'

'No one defaults, no one forecloses. A 30-day rent, interest and tax holiday for all. The shutdown is inevitable as it is already happening, but not in a controlled fashion which is extending the economic pain and amplifying the spread of the virus.'

The CEO of Pershing Square Capital warned that each day the US stays open the economy will take a hit and many lives are thrown into jeopardy.

'With exponential compounding, every day we postpone the shutdown costs thousands, and soon hundreds of thousands, and then millions of lives, and destroys the economy,' he tweeted.

'Please send everyone home now. With your leadership, we can end this now. The rest of the world will follow your lead. A global Spring Break will save us all.'

However, experts have warned that even a temporary shutdown will not go far enough to stopping the spread of the virus.

Researchers at Imperial College London say that social distancing of the entire US population, isolation of anyone infected with coronavirus and quarantines for their household members may be the only way to stem the pandemic - and that these measures may need to be in place for as long as 18 months.

The study, published Monday, also warns that if the population doesn't go into isolation, 1.1 million and 1.2 million Americans will likely die of coronavirus. 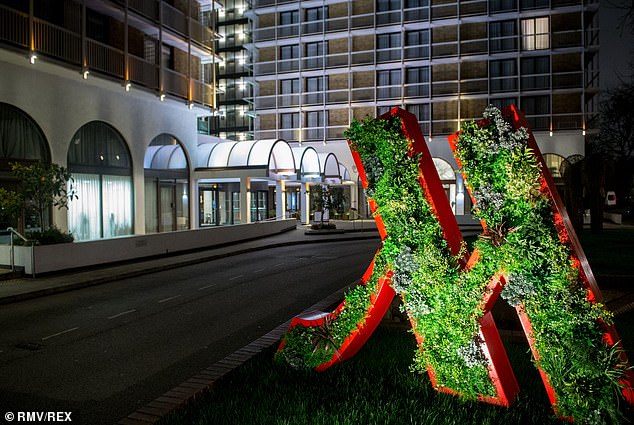 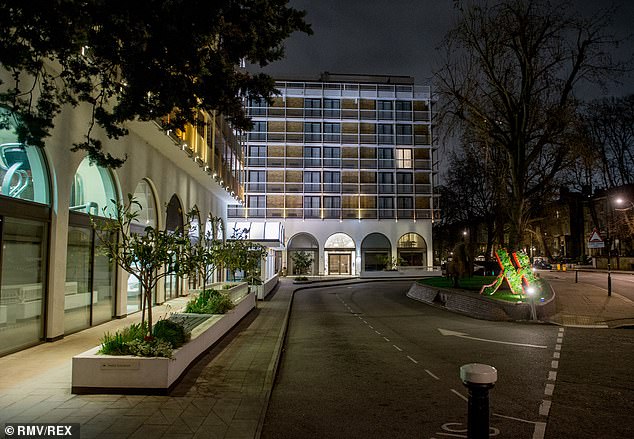 Ackman also spoke of the toll the pandemic is taking on the economy, in particular citing that the hospitality industry will not recover if the response to the virus continues on its current trajectory.

'The hotel industry and the restaurant industry will go bankrupt first, Boeing is on the brink, Boeing will not survive without a government bailout,' Ackman told CNBC.

'Capitalism does not work in an 18-month shutdown, capitalism can work in a 30-day shutdown.'

He added: 'Take a look at Hilton stock – Hilton is the canary in the coal mine,' he said.

Shares in Hilton Hotels were 'down from 120 to 50 and it's going to zero along with every other hotel company', he warned.

Trump says a nationwide lockdown would be a 'big step' 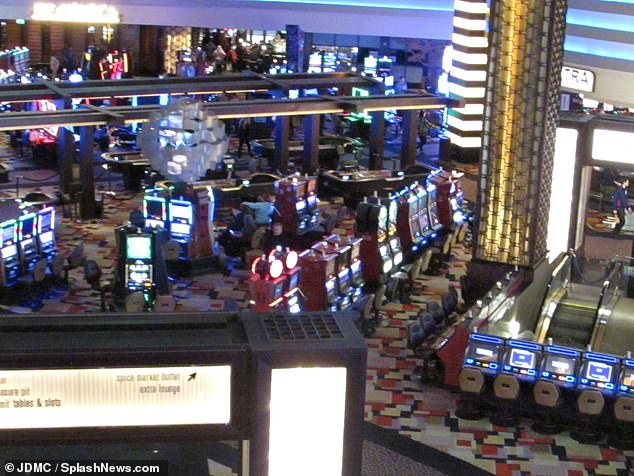 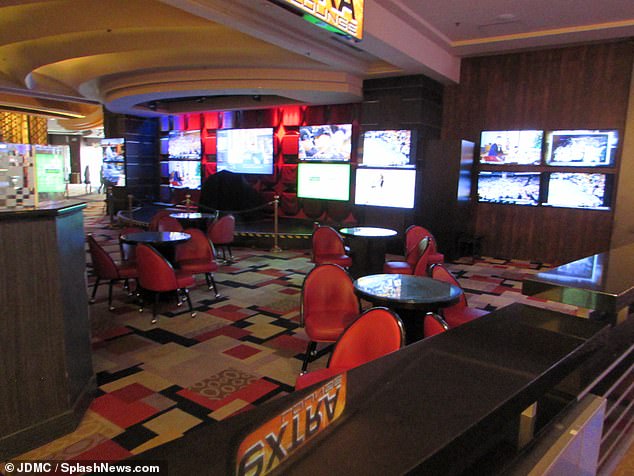 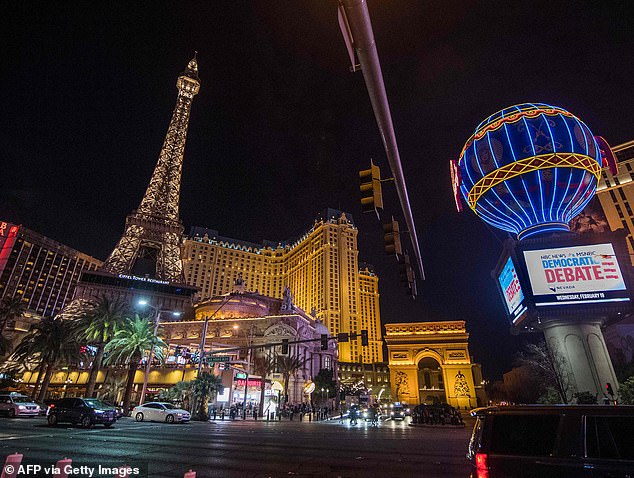 The mandate saw the huge resorts along the Vegas strip - including Bellagio, MGM Grand and The Mirage - shutter until further notice

Las Vegas casinos turn into ghost towns because of coronavirus

'Every hotel is going to shut down... if we allow this to continue every hotel company in the world is done because no business can survive a period of 18 months without revenue and that's what happens if you operate the way we're operating now.'

His comments came as major hotel chains including Hilton and Marriott are closing in their masses for the first time in history and the bright lights of Las Vegas went out after some of Nevada's mammoth casino-hotels shuttered.

Major hotel chains have already been hard hit by the outbreak, with unprecedented mass closures spiraling across the US.

The world's largest hotel group Marriott announced Tuesday that it has begun furloughing tens of thousands of its employees as its hotels are forced to close their doors.

A spokesperson said it had started shutting several of its managed properties and furloughing staff last week.

These employees won't be paid during this time but the group hopes to bring them back to the company once the pandemic is over, they said. 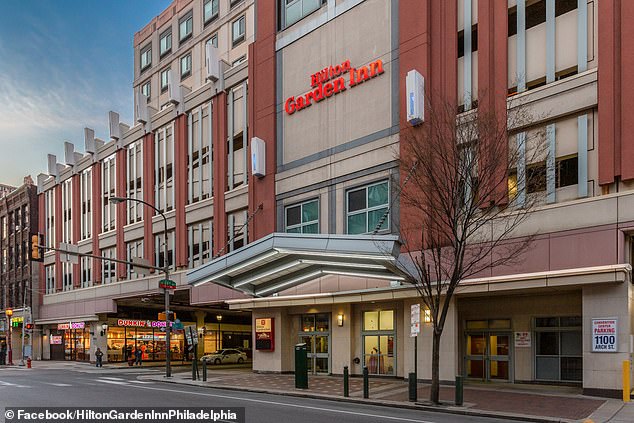 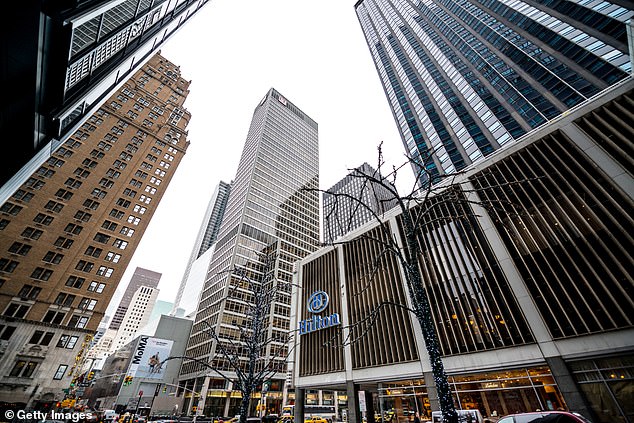 Hilton Hotel, New York: President Trump held an emergency meeting with a number of large hotel chains Tuesday following pleas for the government to step in and support ailing firms with a federal relief package

Meanwhile, in Las Vegas all hotel casinos were forced to close by midnight on Tuesday under a Nevada executive order to close all nonessential businesses.

The mandate saw the huge resorts along the Vegas strip - including Bellagio, MGM Grand and The Mirage - shutter until further notice.

President Trump held an emergency meeting with a number of large hotel chains Tuesday following pleas for the government to step in and support ailing firms with a federal relief package.

Hilton Worldwide chief executive Christopher Nassetta told Trump at the meeting that it is closing hotels in most major US cities for the first time in its history.

To be really honest with you, hedge funds have always been the most difficult for my understanding. I have always seen big tycoon investments here and high risk. Personally I would be happy with traditional sports betting https://betway-ind.com which although not guaranteed either, still has less hazard inside.

I'm sorry the Las Vegas entertainment industry has crashed. But I can't say that I myself got any inconvenience as a casino player. It seems to me that I just stopped spending extra money on travel there and hotel accommodation. I choose jeux casino gratuit now. Online gaming has become quite popular in the last five years and has taken a lot from the general gamblers audience. It seems to me that the future belongs to the online format of games.

Comment by Mnyama on March 22, 2020 at 2:55am
Hilton reservations cancelled 2 new hire classes and everyone else's hours are cut in half...full time 20 hrs/wk and part time 10 hrs/wk

Comment by mr1stroke on March 19, 2020 at 3:43pm
If Trump takes desperate measure to protect the country they criticize him, if he ignores they will criticize him, let the mufuckers die and see how that works out for them, or mufuckers can just shut up and let him do his job

Comment by E Peters on March 18, 2020 at 11:01pm
I am said this the minute the doctor from Asia died. Trump should have closed the borders and banned flights from other countries. Now look where we are. Stay safe