That’s according to Chris Kilham, who covered an international study on the concentration of the stuff for Fox News and went one better by drinking a sample live on Health Talk.

The study, which was published in the journal of the International Union of Crystallography in July, documented a novel discovery made by a team of stem cell biologists and chemists who investigated the composition of the substance.

They found that it exceeded the food value of buffalo milk, the international standard for the most nutritious milk, by three times.

There are over 4,500 species of cockroaches worldwide and they are thought to be among nature’s most persistent creatures.

They are said to have evolved over an estimated 320 million years and are exceptional survivors in the global ecology. Nutrition is thought to have played a role in this – which is where the cockroach milk comes in.

Only one species of cockroach, Diploptera punctata, or the Pacific beetle cockroach, produces milk. This is known as viviparity, in which developing offspring who hatch from eggs are fed milk by the mother. This milk aggregates in a brood sac within the uterus of the cockroach, and forms crystals which feed the young.

University of Iowa biologist Barbara Stay discovered that the milk turns into crystals in the guts of developing embryos. These crystals are exceptionally rich in nutrients. 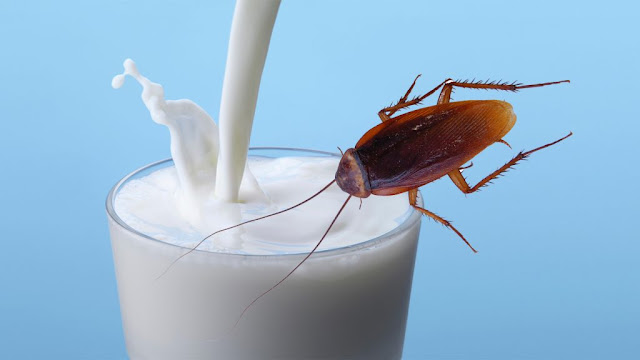 Due to the small size of a cockroach brood sac, and the even smaller quantity of milk stored therein, harvesting the milk was no easy task. The cockroaches were sacrificed, and the milk extracted from the body cavity with care.

The researchers then analysed the milk, and found a complete food, rich in proteins, fats and sugars, along with a number of peptides, which are parts of proteins and can impart significant health advantages.

The scientists also found that cockroach milk is not only three times as nutritionally rich as buffalo milk, but is four times as concentrated as cow’s milk, moreover.

The experts believe that the nutritional density of cockroach milk is almost certainly the reason why the Pacific beetle cockroach achieves sexual reproductive maturity in less than half the time of other species.

There will nevertheless be no effort to factory-farm cockroaches and harvest their milk.

Instead, the researchers plan to engineer yeast using the gene sequence of the milk crystals, basically manufacturing this superfood from scratch.

So perhaps packages of genetically engineered supermilk will appear on store shelves someday as a result of this research – but it’s unlikely to be marketed as cockroach milk.

Comment by Bombahdrop on September 27, 2016 at 6:04pm
No thank you. They been around millions of years, why are they now telling us about it. If its so super nutrisionist should have known about it and mentioned it to their clients.