Haitian Migrants in Texas, Where Will They Go Next?

We reported earlier that more than 10,000 Haitian migrants have crossed the southern border into Texas, where they are camping out under a bridge that connects Texas and Mexico.

Per SandraRose.com: “Over 15,000 Haitians made the perilous journey from South America and Mexico after messages on What’s app told them U.S. Pres. Joe Biden would treat them kindly and give them jobs.”

NPR reports that U.S. border agents are allowing some of the migrants into the country, “with instructions to appear before an immigration office within 60 days. Others are being sent back to Haiti, or they’re heading back over the border to Mexico,” the outlet writes. 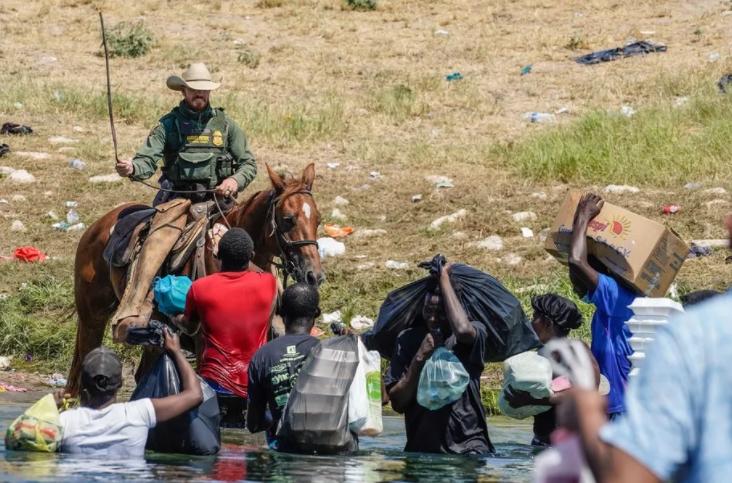 According to reports, those allowed to remain in the US are not being “mandated” to take the experimental COVID vaccine amid an alleged deadly viral pandemic.

Who gets to stay? The U.S. Department of Homeland Security isn’t explaining how it is making that determination, but Kahn said it seems like families with children are the ones being allowed into the United States.

What is Mexico doing? Mexican immigration officials have started removing people from their side of the border in Ciudad Acuña, conducting pre-dawn raids of hotels and parks. Authorities are sending migrants out of town to southern Mexico and as far away as Guatemala.

Why now? As NPR’s Steve Inskeep points out, Haiti is in a tough spot dealing with the aftermath of a presidential assassination and natural disaster — but many of the migrants now at the border were not in Haiti for those events, making it all the more surprising that so many people abruptly showed up in the same area.

What are Haitians saying? Kahn spoke to 29-year-old Jean Baptiste as he boarded a bus headed for Houston (where his uncle lives) with his wife and 3-year-old daughter. He left Haiti in 2017, and while his goal was to come to the U.S., he spent the last four years in Chile “barely eking out a living.” He said that he heard about Del Rio, Texas, and decided to come — and that he’s telling his friends now it’s worth a try.

Listen here to NPR’s Carrie Kahn from the scene in Texas where she’s reporting updates.

Lol!!  Yasmin, you're too much, but I agree with everything you say.  I think this entire nation should be given back to the Indigenous people!

They need to get rid of you, s*** you should replace Gabby, let your body be missed and they can bring her back, she is white ill take her over you hateful n***** the white men will never love or accept you

Got word they all have been sent back to Haiti THANK GOD!!! Now it's time to work on the rest of these diseased ridden flea bags to get off Aboriginal land. To My Indigenous people Feathers Up.

Yasmin your n***** ass dont belong here, you might be a coconut trying to be American

Back to Haiti where they belong.