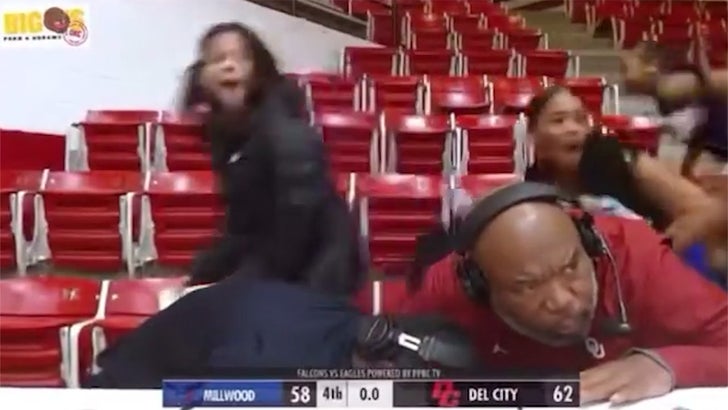 Multiple gunshots rang out at the end of a high school basketball game in Oklahoma on Tuesday ... sending fans scrambling for their lives -- and the horrifying incident was all captured on video.


In a broadcast of the game, you can see as fans were leaving John Smith Fieldhouse ... two shots went off, causing chaos in the gym.


Spectators immediately bolted for cover ... as the broadcasters of the game threw their stream to commercial break, and then ducked underneath the scorer's table to cover themselves. 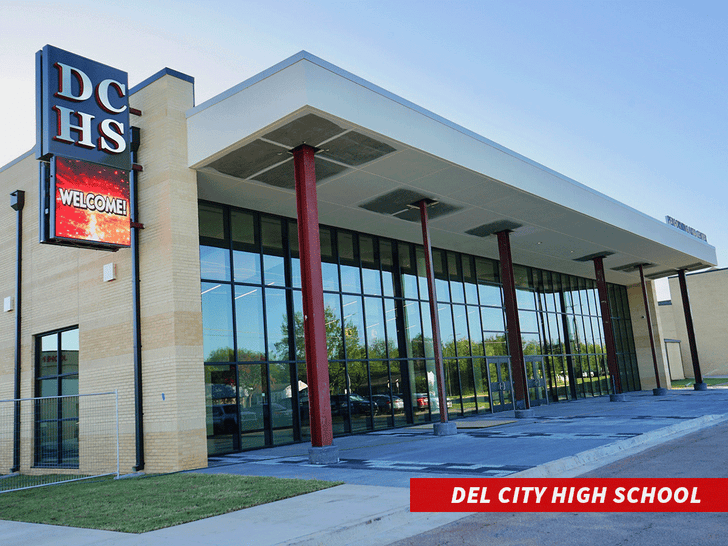 DCHS Principal Steve Gilliland said in a statement following the contest that a gun was fired after a fight had occurred at the conclusion of the game.


"The Del City Police Department is onsite and investigating the incident," Gilliland said.


One adult male was shot, police told KOCO ABC 5 News, and taken to the hospital. His condition is currently unknown.


Cops told TMZ Sports on Wednesday they hadn't received any reports of students who were injured in the incident. No arrests have been made ... and an investigation remains ongoing.

There always have to be a few savage a$$holes to muck it up for everyone else.  These mofos are just plain old savages!!!!

NALN. And they wonder why White people call us savages. You can go to a basketball between two white high schools, you hear no gun shots but a basketball game between two black high schools and some a******* have to bring a gun. Next time make sure everyone go thru a metal detector, treat them like they want to be treated.