Green Beret behind failed Venezuela coup provided security for Trump and hatched plot after meeting with President's bodyguard, a billionaire member of the Kraft family 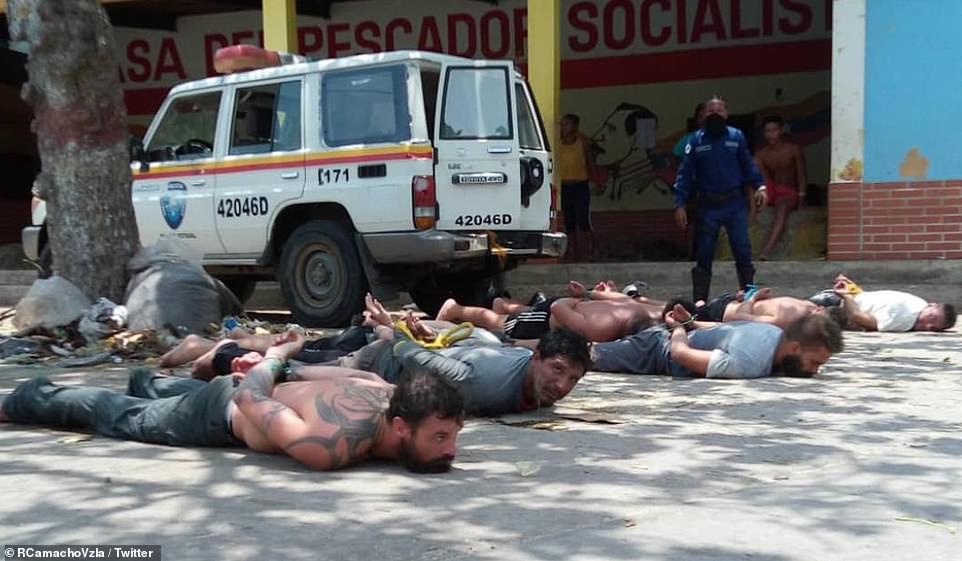 The moment two U.S. former special forces soldiers were arrested in Venezuela was dramatically caught on video as their 'plot to assassinate President Nicolás Maduro' was foiled.

The footage shows Luke Denman, 34, and Airan Berry, 41, being led from a fishing boat alongside six Venezuelan mercenaries and being forced to lie on the ground at gunpoint.

The coup was coordinated by an ex-Green Beret named Jordan Goudreau, 43, who says the objective was to capture Maduro. Goudreau claims to have built a force of 300 men, reportedly backed by US billionaires.

President Maduro called the arrested men 'terrorist mercenaries’ and blamed the attacks on the Trump administration, Venezuela's opposition leader Juan Guaidó and neighboring Colombia, all of which have denied involvement. The U.S. has backed Guaidó as the country's leader.

On Tuesday, President Donald Trump denied any involvement by the U.S. government.

'We'll find out. We just heard about it,' Trump said when asked about the incident and the Americans' arrests. 'But it has nothing to do with our government.' 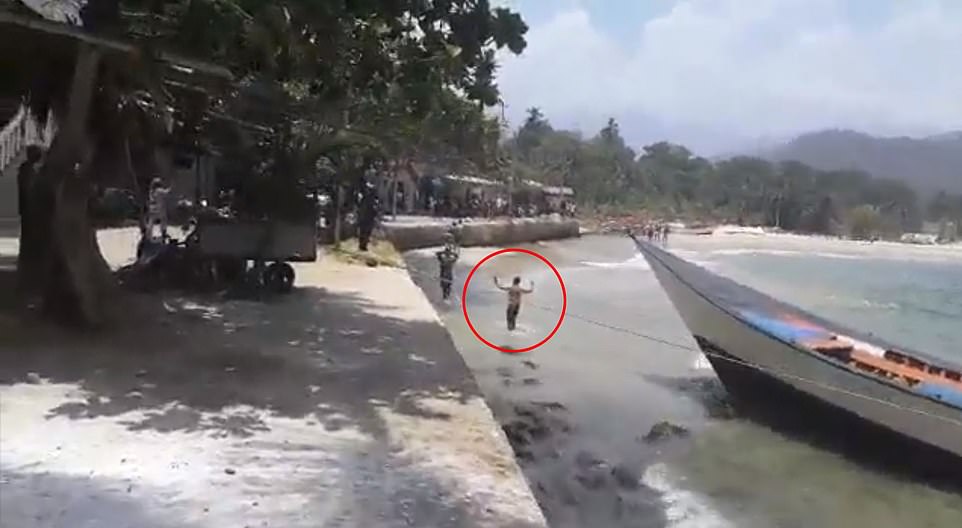 Two U.S. citizens arrested in Venezuela Monday are seen being taken into custody in a shocking new video following a foiled plot to capture the Venezuelan President Nicolás Maduro, the socialist leader has claimed. The footage shows Venezuelan authorities catching the group as they attempted to land in a fishing boat and arresting them. Pictured is Airan Berry 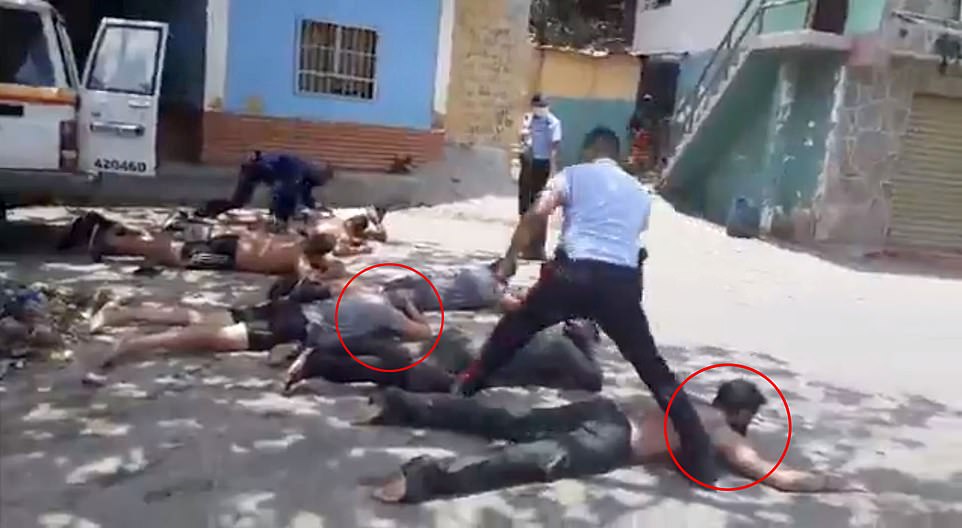 The group of 'mercenaries' were taken from the fishing boat at gunpoint and forced to lie on the ground during the arrest. The American men are seen here with six Venezuelans during the arrest 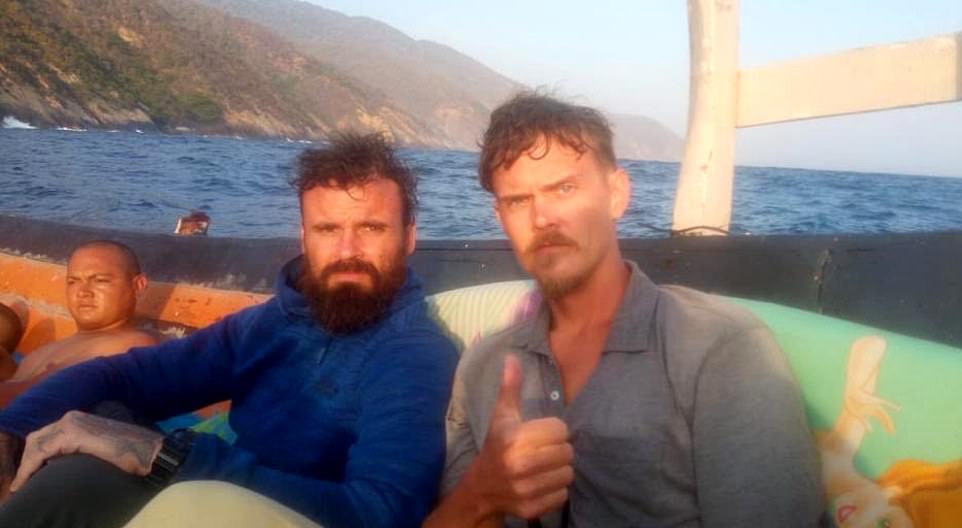 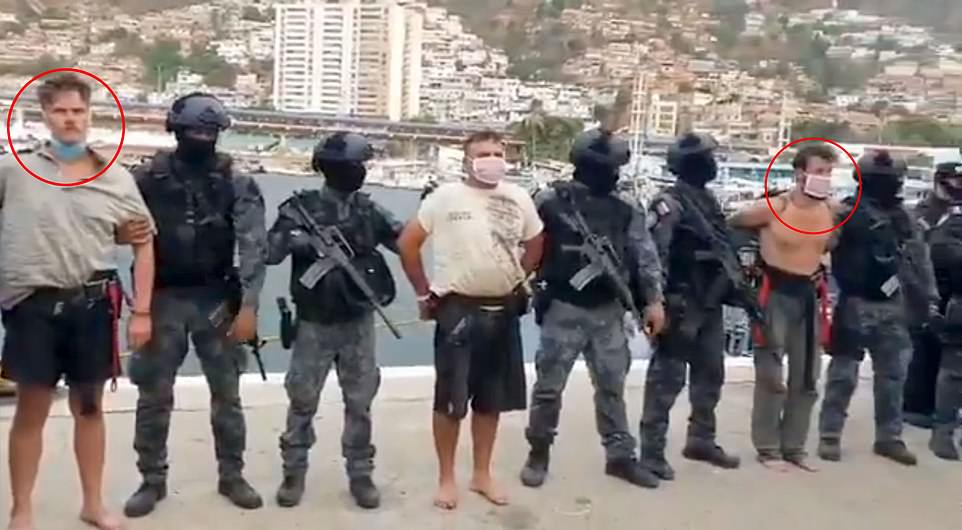 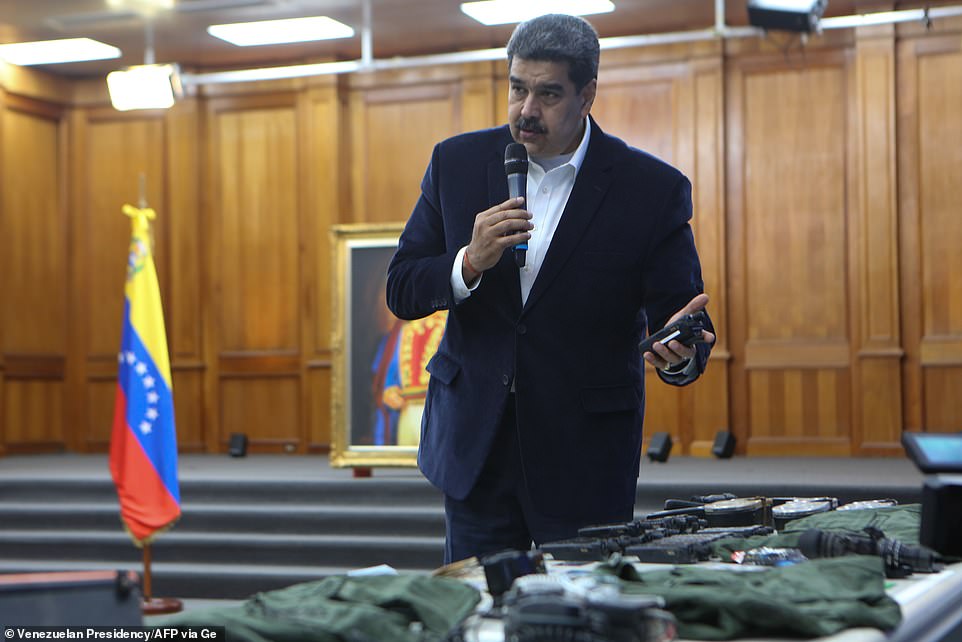 On Monday, Venezuela's President Nicolas Maduro used a press conference to display the equipment that had allegedly been seized by Venezuelan armed forces after capturing the 'mercenaries'

The equipment used by the group of 'mercenaries' aiming to capture the Venezuelan President Nicolás Maduro. The president blamed the attacks on the Trump administration, Venezuela's opposition leader and neighboring Colombia all of which have denied involvemen

Eight suspects were arrested Monday in Chuao, a village on the northern coast of the state of Aragua. The Venezuelan government announced the individuals were part of a foiled plan to remove President Maduro 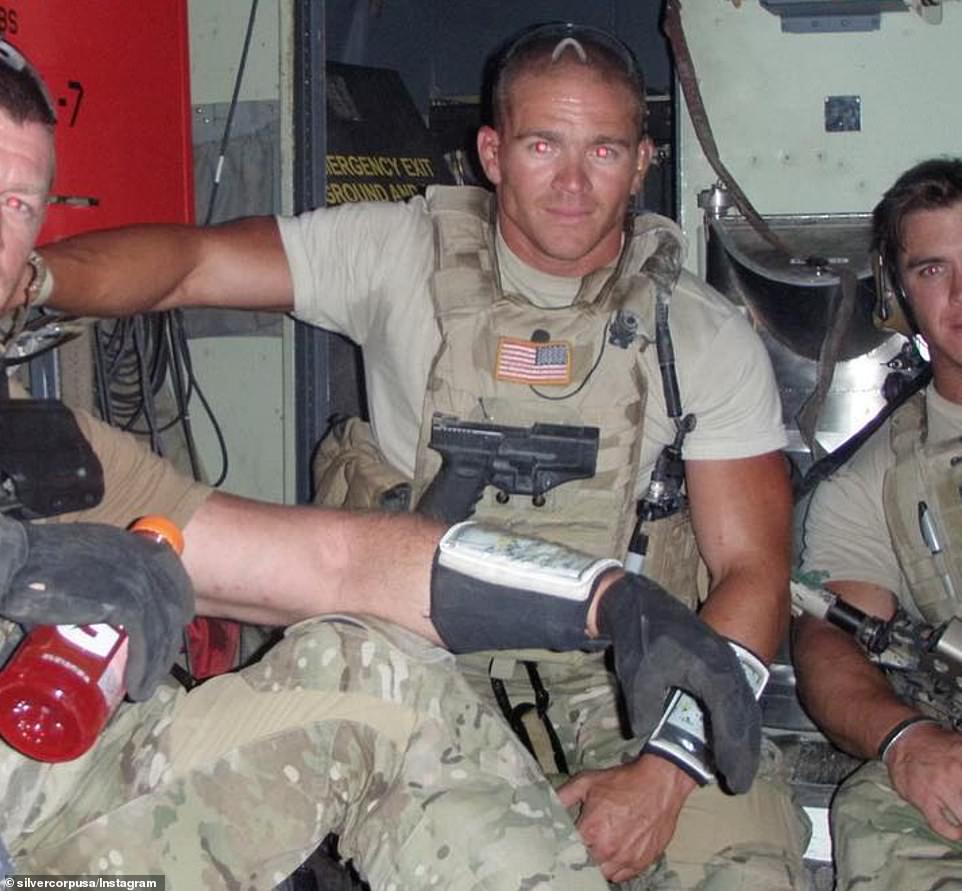 Former Green Beret Jordan Goudreau (pictured center) said earlier on Monday that he was working with the two men on a mission intending to detain Maduro and 'liberate' Venezuela. Goudreau has claimed responsibility for the operation

Comment by vaughn mitchell on May 6, 2020 at 8:53pm
We have a pandemic going on, the stupid president put together a coup to over throw another country's president, if this man get re elected this country is going to get worse. Damn