Chuck Grassley has released an executive summary of the FBI report.

U.S. Senator Chuck Grassley has released an executive summary created of the FBI report into the allegations against Supreme Court nominee Brett Kavanaugh. You can read the document below.

Steven Mazie, who covers the Supreme Court for the Economist, wrote on Twitter on the evening of October 4, 2018: “Sen. Grassley just emailed an executive summary of the FBI investigation report. It’s concise enough to fit in one screenshot.” Here is that screenshot. 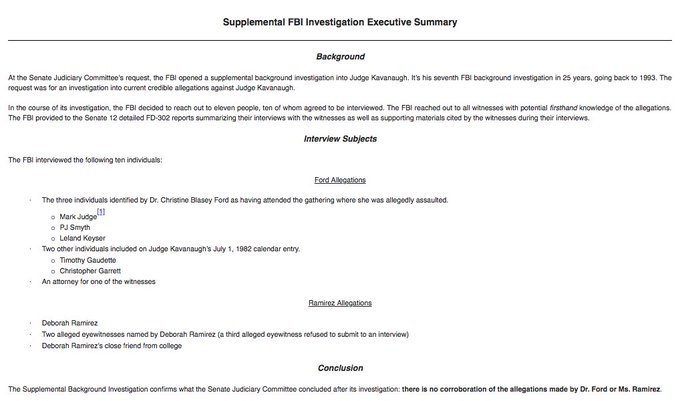 Other reporters also received the same document. Frank Thorp, an NBC News producer and reporter, wrote on Twitter that the document was compiled by Grassley’s staff. “Senate Judiciary Cmte Chairman @ChuckGrassley’s staff has released an ‘executive summary’ that they put together of the FBI supplemental background investigation into Kavanaugh allegations,” he wrote. 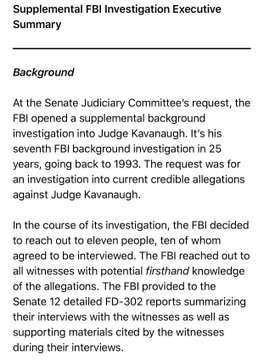 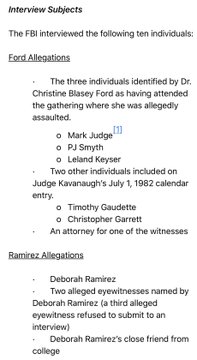 Senate Judiciary Cmte Chairman @ChuckGrassley’s staff has released an “executive summary” that they put together of the FBI supplemental background investigation into Kavanaugh allegations. It’s here:

In its conclusion, the executive summary says, “The supplemental background investigation confirms what the Senate Judiciary Committee concluded after its investigation: there is no corroboration of the allegations made by Dr. (Christine Blasey) Ford or Ms. Deborah Ramirez.”

The report says that the FBI “decided to reach out to eleven people, ten of whom agreed to be interviewed.” The executive summary says that the FBI “reached out to all witnesses with potential firsthand knowledge of the allegations.”

The executive summary of the FBI report then lists the people interviewed as:

“The three individuals identified by Dr. Christine Blasey Ford as having attended the gathering where she was allegedly assaulted”:

A footnote reads, “Mr. Judge was also questioned extensively about other allegations besides Dr. Ford’s.”