They've paired with Prairie View A&M, the Urban Institute and other places to research resumed investment in Black women.

The advisory council, which consists of 17 Black business and community leaders, strives to invest in the core pillars of healthcare, job creation and workforce development, education, affordable housing, digital connectivity, financial health, and access to capital that impact Black women at every stage in their lives.

“It’s not one thing; it has to be for sustained impact, it has to be a multi pronged approach. Because the issues that affect Black women and the Black community, generally, are across a number of different areas,” Asahi Pompey, global head of the Office of Corporate Engagement and president of the Goldman Sachs Foundation, exclusively told theGrio. “You can’t really systemically address these issues with investment and philanthropic capital unless you’re looking at health care, unless you’re talking about job creation, housing, the digital divide, access to capital.”

One Million Black Women is named for — and guided by — the goal of impacting the lives of at least one million Black women by 2030. That’s through $10 billion in direct investment capital and $100 million in philanthropic capital over the next decade from Goldman Sachs in partnership with Black-women-led organizations, financial institutions, and other stakeholders.

In total, six projects and organizations will receive funding to expand their aims: Chime Solutions and Funding U in Atlanta, GA; South Meadows in Rome, GA; On the Road in Dallas, TX, Sendero Verde in New York, NY and Wonderschool Inc., based in San Francisco.

Two of the six new investment capital recipients, Sendero Verde and South Meadows, focus on addressing housing disparities. Pompey explained to theGrio why housing is a cornerstone of the economic success of Black women.

“A lot of people don’t know that Black women are a third more likely to live in unsafe housing,” Pompey said. “You’ve got to, one, have a place to call home, and two, that’s got to be a safe environment for not only Black women, but Black girls that are growing up in those houses.” 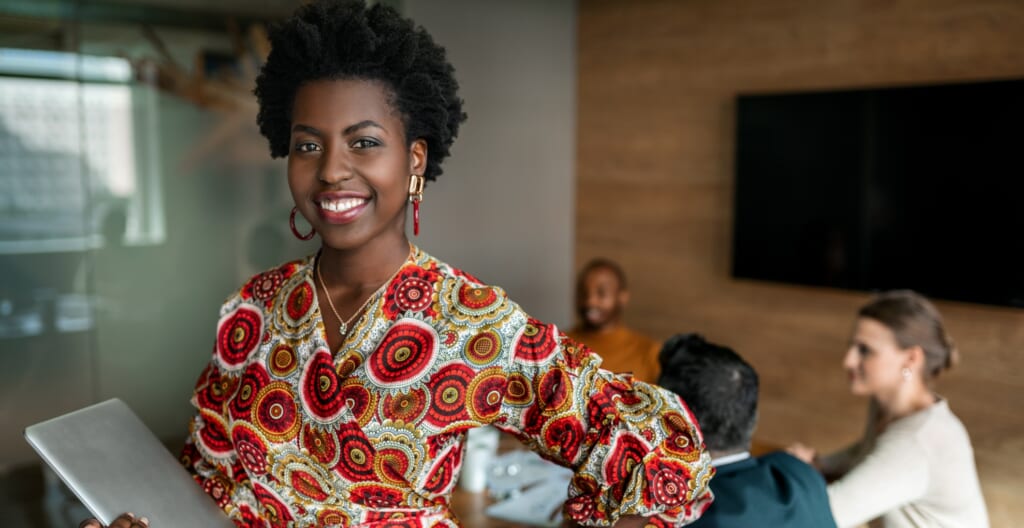 Additionally, child welfare has been taken into consideration by Goldman Sachs. Through the investment of capital and strategic partnerships, the financial institution will fund efforts to reduce “childcare deserts,” as well as food insecurity and low literacy rates. The Jeremiah Program, which is at the intersection of these issues, will receive a philanthropic grant to help disrupt the cycle of poverty for single mothers and their children through quality early childhood education, a safe and affordable place to live, empowerment, and life skills training.

According to the Urban Institute, the share of households headed by single women increased from 17.6 percent to 22.6 percent from 1990 to 2019. By 2019, among married households, Black households had the highest share of women-headed households (52.5 percent). Goldman Sachs’ One Million Black Women initiative appears to take these statistics into account as it targets gaps to fill for Black women in the workforce and economy.

To continue building the programming and funding of One Million Black Women, Goldman Sachs has established partnerships with The Ruth J. Simmons Center for Race and Justice at Prairie View A&M University (PVAMU), the Urban Institute, and The Center for Racial Justice at the University of Michigan’s Gerald R. Ford School of Public Policy to conduct additional research on the resumed investment in Black women across the initiative’s previously identified impact pillars. 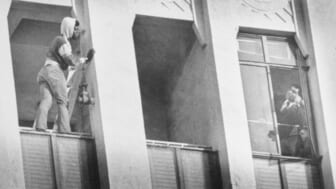 “African American Womenomics is all about looking at all the factors that contribute to the fact that Black women are not participating in the economy, to the extent that one should expect,” Dr. Ruth Simmons, president of Prairie View A&M University, told theGrio. “Finally, there is attention being paid to Black women’s economic empowerment.”

The depth of research and programming of the One Million Black Women initiative spans across the country and tackles economic and social disparities Black women face and tend to over-perform in — despite the challenges.

“It is notable,” Simmons said, “for its reach.”

Wasn't Goldman Sachs one of the companies that held insurance in slaves?

Is it true that you are attempting to get some solid pipes support you can depend on yet you don't have an organization you can completely trust? Provided that this is true, then, at that point we think we have an answer for you. Water Heater Stafford TX is an expert business that has practical experience in plumb crises, fixes, and substitutions.

Trust our master specialized at our organization to decide any water warmer issue! Be it a brand name new establishment, a proxy, or a change, we will do what needs to be done quickly and gainfully. We will promptly settle any issues for the two organizations and private clients. Water Heater Friendswood is a group of professionals who are set up to assist you with excursion. Our Zip Codes of administration incorporate regions 77089, 77546, 77598. and that's just the beginning.

Fund the enemy so they can remain single to produce more thugs and terrorist, they love thugs and dope boys, just ship these Black women to an island so they can live with each other at this point, the white man can provide a sperm bank with his seed so they can fulfill their fantasy with their half white babies.