Theunis Botha, a well-known South African trophy hunter, was blasted on Twitter after news that he was crushed to death on Friday by an elephant his party shot in Zimbabwe. (Image source: YouTube screenshot)

An elephant crushed to death a well-known South African trophy hunter when it fell on him after a member of the man’s party shot the animal during a hunt in Zimbabwe.

Theunis Botha, 51, and the party he was leading stumbled upon a herd of breeding elephants, some of them pregnant, at the Good Luck Farm near Hwange National Park on Friday, the Independent reported.

Citing Netwerk24, an Afrikanns-language news site, News24 in South Africa reported that Botha shot at three female elephants that stampeded the hunters. A fourth female elephant then charged the group from the side and lifted Botha with her trunk, News24 said. After a member of Botha’s party fatally shot the fourth elephant, the animal fell on top of Botha and killed him, News24 said.

Botha is survived by his wife and five children, who received some sympathy on social media:

But many Twitter users against the late hunter’s profession offered very different messages: 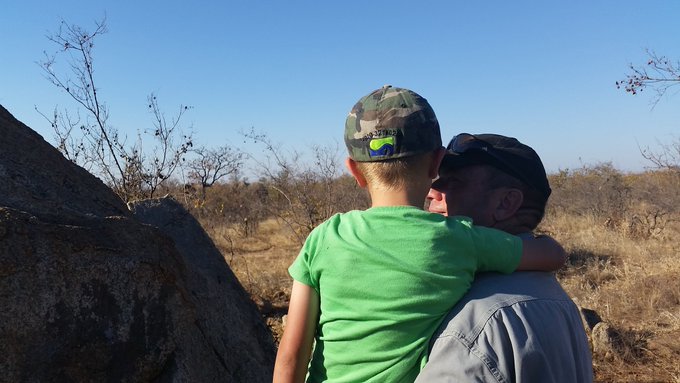 Sad News. Friend & professional hunter, Theunis Botha, died in Zimbabwe this week in a hunting accident.Prayers for Carike and his children.

A trophy hunter dying is great by itself. Even better when they die in a retarded way. Crushed by a falling elephant. #TheunisBotha

A big-game trophy hunter was killed in Africa last week during an encounter with a herd of elephants.

A big-game trophy hunter was killed in Africa last week during an encounter with a herd of elephants.

Another fellow detractor called Botha a “wanker” and said, “On behalf of all the unarmed wildlife in Zimbabwe ‘Good f***ing riddance.'”

Yet another wrote “may you and all your fans eat s**t … glad you’re dead.. (sic) scum.” An additional non-fan added, “Rot in hell, Theunis Botha, you flat piece of s**t.”