Gender Abuse - The Culture of the Caribbean Man

You Don't Have To Be Female To Hate Gender Abuse

Shame.  Ashamed is what I felt when I wrote that headline.  Ashamed that I belong to a culture that implicitly condones a primitive behavior which is always in the open especially when it ends in death. Yet nothing is being done about it.
No self-respecting Caribbean man would hide the fact that in a fit of rage he can and will disrespect the rights of a woman. Not every woman but “his woman” “his wife”.  In a flash, an instant he can take away the rights of another human being. .

Abuse of Caribbean women is a topic that is not talked, written about or discussed in schools and churches.  It is not talked about because we have grown into it, it is accepted behavior.  The truth is that the abuse of Caribbean women did not start this month, last year or 10 years ago, it is a remnant of our ancestry, our inheritance from slavery.
The rationale is simple enough to understand.  Slaves were owned, the system of slavery compelled them to accept all manners of physical and mental abuse while still performing their normal duties.
Now, today, the Caribbean man’s mental construct, mirrors the slave masters to which he once belonged.  No, not him, his fore fathers, in some unknown way, the genes or conditioning was imprinted.  It becomes obvious when you realize that...
-

If You Are A Business Owner - Go Here

.
The Caribbean man “owns” his woman, every hair and cell of her body. As her man, he has the right to instruct and discipline her if she should get out of line.  He makes the rules. He has the expectation that after the abuse things will settle and he will be back in her good graces.  If that’s not a slavery mentality then what is?
This mentality was embedded in our forefathers so deep and complete it is part of our cultural DNA. Social media just gives us glimpses of what is really prevalent in our society in 2015. The recent video is just one example, there are others. Even our children "enjoyed" watching the short clip. 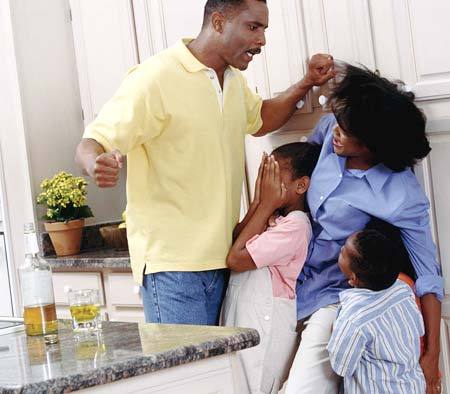 When I saw it, a few words came to my mind; disgusting, disgraceful, and shameful. It was infuriating to watch but we all wanted to see it, it was also on headline news on TV.  Real examples of who we can become.

But did you ever notice that, unlike child abusers, men who abuse women are not in any danger in our prisons.  Most prisoners are themselves are women beaters, it's macho; even if it ends in the death of the woman.
We must all admit to this insidious characteristic that runs through the cultural veins of the Caribbean man.  There are numerous examples of public figures openly disrespecting women.  The statistics tell their own story.
The hypothesis, that the problem has its origins in slavery, is not based on any large study but rather my personal experience, and empirical evidence.  Here are the results of one study that supports that hypothesis. 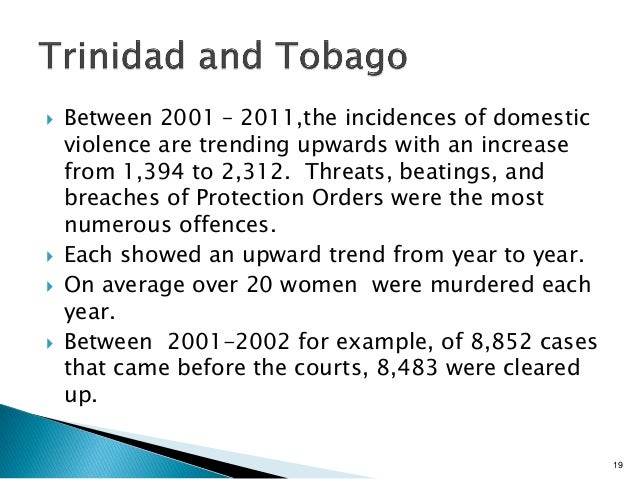 The purpose is to tickle the sensitivity of the Caribbean man, to have him look inside himself and confront the beast that lurks within.

This culture of abuse is not peculiar to the Caribbean, it exists wherever there was an institution of slavery.  The entire Caribbean was at one time was a collection of slave institutions supported by the super powers of the time, England, France and Spain. Today, it is not hard to identify what was left of these institutions not physically but mentally.
One of my earliest childhood memories is as a child, 8 years old. I was backed up against a large white refrigerator, looking at my father physically abuse my mother. Slaps, kicks and closed fists

cuffs.  I remember clear as it was yesterday, my father pulling my mother’s hand against the door jab, she pulling back, screaming, crying, and fighting back as much as she could. I stood like a deer in a head light, helplessly transfixed.  No one, my sister, my brother, the neighbor never even tried to help or call for help.  Calling the police was out of the question; my father was a police officer.  That was the day that we became a single parent family.

But it did not end there, as a young man, sixteen to seventeen I started hitting my girlfriend. It came as a natural reaction to getting angry for something so insignificant that it is now impossible to remember but I do remember the behavior.  I was abusive.
I also remember my younger brother telling me that I should stop doing that and respect my girlfriend, it was not normal.  I did not realize it at the time but just those few words from him, maybe because he was younger, impacted me.  Unfortunately, it was not enough to cure me, that growth took many more years.
I share that brief story with you as evidence that the Caribbean man has an inherent mental problem that needs to be addressed.
My father, me, we are products of Trinidad, we are Caribbean men. My behavior was not taught at school, it happened at home. I learned it from him and maybe he learned it from his father.  Like I started out saying, I am ashamed of this aspect of my culture.  Fortunately, I recognized the problem, it took years of reprogramming.

Living in a society where there are real laws to address gender abuse helped but it was also intentional.  I was fortunate enough to recognize the problem and deal with it.
This is a mental construct, a belief that we hold for some reason. It needs to be brought out in the open, confronted and dealt with.  Let us first recognize that even if we were repatriated with huge sums of cash, we must get rid of our inheritance, it is a cancer in our modern society.
This is a call to all Caribbean men, young, middle aged and old who have harbored this belief, the inherent desire to “own” another human being.  Please be advised; it is not possible to own anyone.  We are all endowed with the God given Right to choose our lives.
You cannot, and let me add, should have no desire to, be totally responsible for anyone.  You cannot control what they think, say or do.
The only responsibility, and it is a big one, is the responsibility for yourself.  First responsibility with respect to a woman is to recognize her as a human being, in fact, this works for everyone else you know man or woman.
Live by the Golden Rule “Do onto others, as you will have them do unto you”

We are not all created perfect but we can all change, but first we must recognize what needs to change.  We must recognize and accept this as a problem in our society.  We must change this particular remnant of slavery and know that sharing a life with a woman is just that; sharing your life, not owning a life. If you question your humanity, take a look at this new video release entitled simply

The Caribbean man need to appreciate the overarching hierarchy of existence. We do when it comes to everything else. The hierarchy of existence is that we are all humans a species of animals, different races, male and female, all should exist equally.  The time has come for us to step mentally above the lowest level of existence when we relate to our women.  The prehistoric cave man, slavery mentality needs reprogramming; this is the technological age, we are going into 2016.

The Caribbean woman must continue to stand up for gender equality. There is a high chance that you are abused or will be abused in the future.  When that happens, you are on the front line, what you do will determine how you live your life.  Do not forgive physical and mental abuse.  Be always aware, the mental abuse usually comes long before the physical abuse begins.  Look out for the warning signs and make conscious decisions.
The conversation about domestic violence has started.  What we need are laws that enforce what we want to see as the ideal.  Laws that can prevent physical harm that results from domestic abuse.  When you know that you will go to jail if you hit your woman, regardless of who was right or wrong, that is a deterrent that works.
Not all women can do like my my mother, pack up take the three children and leave.  That takes a special kind of determination, will power.  Not all women have what it takes to do that.  That is why in every Caribbean country domestic abuse laws should be passed to protect women.

It is hard, no doubt about that, but it is not as hard as living a life of abuse.  Do something fast, do not submit to abuse.  Understand it is a mentality not a passing phase, you cannot repair it. As soon as you recognize the symptoms take action.  Talk about it, bring it out in the open and have them recognize the illness.
Leave a comment, if you agree or disagree with anything that was said.
More Post on The Caribbean Blogger HERE

Thanks for all the comment from people who can appreciate what was said on there.  The only comment I feel needs a response is from @Weaver

Sound like you are so upset with this "sexist article"  There was no meniton of the hard working Caribbean men because it is not what the article was about.  We are not talking about work ethics but what happens in the home.  If yourr old man did not beat your mom, good for you.

You must belong to the 20 percent of families without this problem.  The rest of us have it. \

Seems like the article ticked off a fuse in you. Fact is if you want to write about your father, go right ahead instead of responding to what I wrote, write your own piece. Get real and face the fact, denials will not fix the problem.

Its very quiet in here on this subject....

In order to make changes,we must confront the ugliness in our face...

Time to reprogrammed all that was taught to our Ancestors through slavery!

Truth! Well written post on a very disturbing subject-domestic violence. Keep this dialogue going so the culture can heal.

...a man has to b strong to put up with the mouth of a woman when she ready fi put it on wherefore King Solomon said it is better to live in the corner of a house top than to live in a large house with a brawling woman...